The Lady’s Quill: Walls and Doors

“Doors need walls; walls need doors.” These words have been ringing in my mind for some time now.

Walls are built and exist to separate things. They exist to cut things apart, to separate things from one another, to keep things away from a particular space. They need doors, though; doors are deliberately–created access points between spaces, made to open the way and allow certain things through.

Even when there is no door for a wall, or wall for a door, it is implied. The torii, the  often free-standing gates of Shinto shrines demarcate the line between the sacred and the profane, a wall, though not a visible one. Similarly walls with no apertures, such as the Great Wall of China, have implied doors–implied in the minds of those who they seek to keep out, who wish to create or find passage through them.

Bridges and Boughs, Halls and Walls

The confederation of different identities that is styled as the Pagan community has been working hard to create walls, lately. The need for and creation of boundaries is a sign of the maturity in both humans and social movements. We see these walls being built everywhere–in Heathenry it seems that everyone has a little brick wall around their own Inner Yard with very strict and often contradictory rules about who is allowed in. In the broader community, issues such as the acceptance of Christo-Pagans and Atheist Pagans, the potential of division between the Polytheist movement and the rest of the Pagan umbrella, a larger focus on human and environmental rights activism and inclusivity and other recent controversies have been causing a lot of distress.

There are lots of ways that the walls that we build can be helpful. Walls set up on the axis of belief like Polytheist, Panentheist, and Atheist are useful in that they help people understand what sort of basic assumptions fellow occupants are operating off of. Walls set up along the lines of practice, such as Druidry, Heathenry, and Wicca (and yes, many of these have attendant beliefs but in my experience membership in them hinges more off of style of practice than opinion about the nature of divinity) are helpful for those who enjoy a particular style of spiritual and cultural experience without having to be concerned about what they think.

They also help us to gain a sense of meaningful identity. To someone who is familiar with different brands of Paganism, simply calling oneself a Pagan doesn’t provide enough information. What do you believe in? How do you practice? What culture (whether modern or ancient) does your practice find inspiration and grounding in? The answers to these things help us to find definitions to our paths, to suggest directions to search in for new inspiration, and to create solid tribal group identities, something that humans crave.

What are the connecting points, the doors and bridges that we create? There are doors between adjacent sections, where commonalities allow us to create meaningful discourse with each other. Sometimes you have to look hard to find a door (like the secret passageway of Jungian Paganism that stretches between Polytheism and Atheism), and sometimes they’re fairly obvious (like the expansive doors in Wicca that lead to the village green of Eclectic Paganism). Sometimes individual organizations and groups create doors; ADF opens gates between the followers of many Indo-European reconstructionist faiths, the Troth creates bridges for all variety of Heathens and Norse Pagans, and Pagan Pride Project tries to provide access ways between all possible potential palaces.

I’ve spent years working in LGBT rights activism and swimming deeply in the waters of the queer community, and I’ve been struck by a lot of  similarities between in the development of both movements. Identities that were once lumped together under a generalized label have begun to grow more distinct as more space is being created for conversations between people who belong to different colors of the rainbow. New terminology is developed as people are educated on the differences between sexual orientation and gender identity. Resentment is felt by long-term social stakeholders in ownership of LGBT identities which manifests through microaggressions and erasure rolling downhill to those who are daring to stand up and define ourselves. Identities are added that people disagree with, largely because the people who claim them feel that they belong under the same roof. There are endless arguments about the politics of respectability, the ways to march the movement forward, and whether different identities might be served better under their own banner. The transgender rights movement, where I’ve been the most focused, is a microcosm of this as well.

Despite disagreements the movement is alive and well. Despite the fact that at times the goals of those with the money and social connections to bring about political change are at odds with those they claim to represent (this is an eternal condition in most social movements and in my opinion is worth eternally fighting against) real change is occurring in the world. Much of it on the ground level, growing up from the seeds sown by the communication and interaction between the diverse parts of the community that leads to more walls being built. Many of these structures that we see today will continue to exist long after the need for them has been surpassed. Someday they make take their places as a museum to remind us of past battles and a social center for those who find comfort in gathering with people with similar interests and inclinations.

Our Village, Our Home

I like to think of modern Paganism as a village. The village has a boundary, but it’s a modern village and doesn’t need walls to keep out wild raiders (at least in most places in the Western world). The village is full of houses (though there are a few huts and yurts and tents and maybe a geodesic dome or two) and people are busy building more. No one wants to wall themselves in but many have strict limitations on who can come and and what rules they must follow. The houses cluster into little neighborhoods along axes of lineage, culture, belief and practice.

I don’t see a reason for anyone to leave, really. The commons that we share are open enough and if there’s no house that you fit into, there’s surely at least a neighborhood where you could set up your tent. The more we reinforce our homes, the safer our individual spaces will be, and the more doors that we create, the more diversity we will have in our homes but the less we will be able to keep the decorating theme to our liking.

The thing is, we can’t keep people out who want to come in to the village. We have no outer walls or moats, our police force is more like a neighborhood watch (with many of the attendant problems and benefits), and besides, for many of the villagers an inclusive and hospitable attitude is part and parcel of our culture. No one needs to hive off from the movement at large; the more recent origins of our sects and traditions give us a common ground for communication and trade and the growth that follows both of these things.

If you need to find me at home, I’ll be on the woowoo outskirts of Heathen Hights, comfortably seated across from Druid Central on ADF street, in the Polytheist district. I’ve lived on the border between the Kemetic and Roman district before too, but I love wandering everywhere. Whether I’m watching the fire-spinners and landscapers on the commons, walking the back streets where the chaotes and heretics roam seeking cast-off wisdom, toasting in the mead-halls full of boast and cheer and remembrance, singing in the shaded backyard groves with their white-clad druids, or dancing around the sun-bleached open-air altars with their weather-worn attendants, I find fascinating people with mind-boggling stories and good natures. People that I can have brilliant (and often nerdy) conversations with, who I can share the joys and trials of life with, and who I can grow spiritually with.

Good fences may make good neighbors but inclusive common ground builds good community. I like this village and I’d like to see more of us being willing to make it hospitable for anyone who wanders in. Keep the walls clean and strong and the doors well-defined and watched but welcome the strangers in, feed them, and help them set up their tents. You were such a wanderer once yourself. Everyone we lend a hand to becomes a new helping hand among us, everyone we give good words to becomes a new voice to join ours, and everyone we accept in becomes someone to welcome another world-weary wanderer when they stumble in, tired of their endless trekking and seeking the solace of a new home.

Our village can only grow greater for it.

The Lady’s Quill is published on the second and fourth Thursday of every month.  You can subscribe by RSS and e-mail. 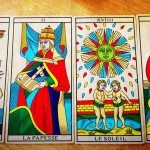 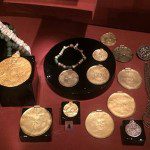 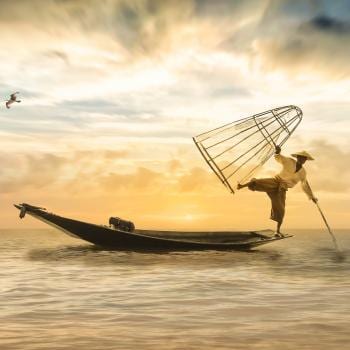 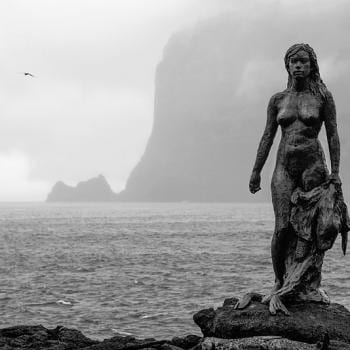