Adventures in Wortcunning: A Spot of Tea?

Adventures in Wortcunning: A Spot of Tea? September 18, 2015 Anne Duthers

Upon occasion, I imagine that I must feel exactly as Alice did at the Hatter’s legendary tea party. Recognizing the notable nature of the situation and the remarkable characters before me, yet being a newcomer, I am baffled, watching, and trying to observe everything — to understand the depth and import of surrounding conversation. I am in unfamiliar territory and somehow, like Alice, know that I am central to the story.

That is because I am, of course, the center of my own life’s story. Who else would be? It feels so bold  to say that though, to type it out loud. I’m a mom, after all. Isn’t everyone else, especially my partner and children, supposed to matter more to me?

Before that, however were years of societal training and centuries of religious tradition, teaching me the behavior acceptable to the world around me. There was a lot of tension between me, society, and tradition, especially for the first 50 years or so. It is a little better now. I usually know when to shut up.

In fact, not being a fussy sort, it is difficult to pull an actual opinion from me lately. What would I like to eat? Food. What sort of movie is my favorite? One with actors, although animated could be okay… Oops. Edging close to an answer there.

It is a question of picking battles. What is worth having an opinion about? Careful with that. Because, as soon as there is an opinion there will be someone to argue against it. What color on the walls?… Where to put this picture?… These are not worth a discussion that could last all day. Except for maybe the color question. Hmmm.

It may be that by accepting the Mom role early in my career, the one that goes right up there on a pedestal of selfless virtue in almost every country on the planet, taught me more about greasing gears of familial bliss and finding a work-around than sticking to a personal agenda. It also taught me a bit about persistence, so maybe I learned both.

And, living in an active family with a half dozen people can look a lot like a Mad Hatter’s Tea, where it is safest to be asleep inside the teapot. Especially if passionate conversations erupt over breakfast cereal and the percentage of fat in the low fat milk. Are we talking food politics now? Well, that might be worth climbing out of the teapot for.

It was easier to voice my thoughts when I was young. I was quick to expound on this or that idea. Like reading a story aloud, speaking a thing makes it somehow different outside my head. As if the words, that breath of air with sound inside it, makes a think more real.

And being inexperienced often my spoken idea was mis-thought, disproved, or disapproved. I felt a fool for floating the words without knowing the precipitation they might catalyze. The sting of that, of wasting words and energy to explain a perspective I was only trying on, and watching people really get upset because their idea is different, was too much. It became easier to listen and accommodate than to decide a thing, argue for it and about it, listen, make adjustments and finally accommodate something that has very little semblance of my original idea. Why bother getting worked up when I’m out voted anyway? Let’s just skip to the part where we get something done.

And the saving grace here is that often folks don’t shut up long enough to ask someone else’s opinion. Or if they do, it is mostly to hear you agree with their idea. It becomes easier to stay silent. Sigh.

Being silent is also easier than making promises that can’t be kept. Grownups may take plans and commitments with a grain of salt, but children do not. And you don’t have to say it as a formal ”promise” either. Just a word is enough to count as a commitment to a child. They don’t know the world well enough to doubt or be suspicious.

And the magickal world is much the same, except that your words mean exactly as much as the truth you put into them. Their value is determined one action at a time and it accumulates. Say what you will, what you will do, and your words gain substance. By keeping your word, you start to believe in yourself. That opens the door to manifestation.

These together are important lessons in working intentional magick. Recognizing the power of the spoken word, and knowing when to employ it are important skills. Being sure of what is spoken and willing to back up the words with action is the promise we make to the Universe, and to ourselves, that such a thing will be.

It might even be worth climbing out of this teapot to have a little chat.

Do be a dear and put the kettle on, will you? 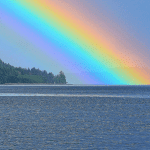 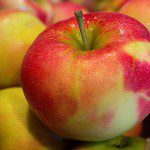 September 19, 2015 The Rantin' Raven: Who Was Mabon?
Recent Comments
0 | Leave a Comment
"I wish you the best."
Tom E Lehman Of Light & Shadow: Anubis, God ..."
"I really enjoyed this scholarly discussion. It's given me a lot of jumping off points. ..."
Laurie Pan-Celtic Hoofbeats: Brigid, History & Mystery
"I am so glad I came across this. It resonates deeply with me. Thank you ..."
Thaydra Richards Magick IRL: A Candle Spell to ..."
"Thank you for reading, Kyllein! I love the insights you've shared."
Martha Kirby Capo The Corner Crone: Lift Every Voice
Browse Our Archives
get the latest from
Agora
Sign up for our newsletter
POPULAR AT PATHEOS Pagan
1

Plant Spirit Glyphs
Plant spirit glyphs are symbolic representations of the of the occult forces...
view all Pagan blogs
What Are Your Thoughts?leave a comment
Copyright 2008-2020, Patheos. All rights reserved.