The Rantin’ Raven: Wicca Was the Tantra of the West

I’m old enough to remember what the Craft was like ‘in the day.’ It was highly sexual. Many rituals included Great Rite in true, and it was practically de rigueur to screw your Witch friends. And while most of the coven leaders I met were married, few (the times being what they were) were exclusively monogamous. Few people now recall that one of the original descriptions of the Craft was ‘the Tantra of the West’ but that’s exactly what it was. Sexual practices for raising energy were common, and many techniques that weren’t actual sex raised magical energy by raising the libido. Great Rite, even symbolic, was experienced as a sexual act, not just intellectually appreciated as a symbol of divine union. My tradition preserves some sex magic techniques from those days but I have no idea if anyone actually uses them.

Somehow over the years, the public face of Wicca became, well, prudified. The sexually-whitewashed books we now get are being written that way because the authors were taught that way, and because if they didn’t they couldn’t get shelf space in bookstores. AIDS had a lot to do with it, and the American political climate’s change to one in which a leader’s strict adherence to Christian sexual mores is seen as more important than his/her competence. But we did a lot of it to ourselves.

Two things undermined the sexual core of Traditional Craft: internal abuse, and the bizarre idea that we needed to be taken seriously by the leaders of other denominations.

Anyone who reads the history of the Craft with an open mind cannot fail to see a pattern, minority but pervasive, of sexual exploitation (mostly of women) by coven leaders (mostly male.) Most of the sex going on in the Craft was consensual, but there were still those few, we discovered as we began to communicate more widely, who could not be trusted. Word got around. After one of the first such cases came to light, a group calling itself the American Council of Witches put out a sort of ethics pledge and tried to bully everyone else into signing it with threats of ‘not being recognized as a real Witch’ if one refused. Most of us refused, not because it was a bad set of guidelines–it wasn’t–but because we would not be bullied by self-appointed Grand Poobahs.

And then, in a classic case of throwing the baby out with the bathwater, we tried to eliminate the abuse by desexualizing the Craft, dropping our Tantric practices and making it taboo to even discuss anything of a sexual nature with a student. Students began to be told that if anything their teachers suggested made them uncomfortable, they should flee. While this advice was meant to empower students against potentially predatory teachers, its use of euphemism–not coming right out and saying “Look, you are not obligated to put out and anyone who demands it as a condition is a creep”–had the unintended effect of stifling students’ potential. To become a Witch one must be willing to change, and to change one must leave one’s comfort zone. Thirty years on and it’s nearly impossible to find would-be students who are willing to be challenged at all.

But in many instances we simply refused to see sexual exploitation for what it was. This became a serious problem as the Pagan Festival movement burgeoned and there was no longer much control over who attended gatherings. The Festival movement also created Pagan ‘celebrities,’ whose presence was a major draw but who were not always averse to using their status to pressure fans for sex or even to prey on youngsters. It has only been in the last few years that the Pagan community has faced the problem head on.

And then there’s the “let’s mainstream the Craft” movement. I’m sorry, but Witches are by definition a fringe group. We lose (have lost) much of our power when we stop walking the shadows and start going to interfaith luncheons, expecting to be treated as peers by mainstream clergy and as clergy by the press. Now, I wholly support the drive for our civil rights, and was for many years involved in education and outreach, even some protest. But I see it as strictly a civil rights matter, not one of defining whose religion is worthy of respect. In fact, we don’t need to respect each other’s religions to get along, only to respect each other as fellow-citizens. Religious motives for illegal acts (such as flying airplanes into buildings or flogging children) should not even be admissible in court. I firmly believe that the answer to the problem is not to try for the same special status mainstream religions enjoy, but to develop a more tolerant society in general. And potentially most effective, to get government entirely out of the religion business by revoking the laws that exempt religious institutions’ income and property from taxation.

But I digress. The thing is, in order to get along with mainstream clergy or present ourselves publicly as clergy we have had to dim our glow, so to speak. We can’t talk openly about the essentially sexual, ecstatic nature of Wiccan thealogy; we must instead address its similarities to mainstream ideas of religion. And the more we speak in those terms the more we internalize them, and the more we drift away from the roots of Wicca.

So too, the current push to find ways to vet all festival organizers, presenters, caterers, and entertainers so nobody will ever be made ‘uncomfortable’ is pushing us further back towards the ‘sex is bad’ ethos we originally rejected. Again; what we speak we internalize, and what we internalize we become.

I don’t know how to get back to our roots, I can only watch what’s happened–is still happening–and feel a huge sense of loss. I hear something similar from my gay friends: life is certainly easier than it was before decriminalization but they sometime mourn the loss of the intimacy and cohesiveness–and romanticism–of the old secretive communities.

I wonder if it isn’t time for Traditional Wicca to go back to being a spiritual practice, a priest-and-priestesshood, strictly of and for consenting adults. And to being underground, which was in many ways a lot more free than we are now. We may have been careful not to let our boss find out and many of us had to walk away from our families, but we didn’t have to conform to anyone else’s ideas of appropriate spirituality. We were what we were meant to be: the Tantra of the West. 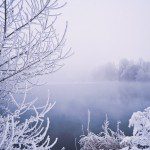 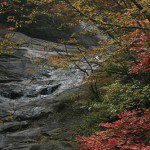 October 18, 2015 The Other Side of the Hedge: The Thinning of the Veil
Recent Comments
0 | Leave a Comment
Browse Our Archives
Related posts from Agora