Wayfaring Woman: Ready or Not, Here We Go!

There are many times over the course of a calendar year in which the perceived boundaries between this World and the Otherworlds begin to fade. Now, Samhain season, is one such time. In my experience, autumn is a powerful season as a whole. In the months of September, October, and November a great deal of magic can be wrought. This season is usually cited as a particularly powerful one because the boundaries between the worlds are more passable. In my experience over the last seven years or so, the boundaries between worlds are always quite passable if one is willing to find the way. When I travel, I am usually able to identify my destination and plan accordingly. In that instance, I purify, ward, and then trance my little heart out. But sometimes I am spirited away without warning. In those instances, I am lucky if I can throw a simple ward before careening into some unfamiliar Otherworldly plane.

When I am ready, the path that I most often take through the Worlds is a simple and effective one. I begin with some form of purification, even if it’s simply washing my hands. I’ve learned over time the importance of good spiritual purification. There are dozens of ways that one can remove any excess emotional build up, table problematic psychoemotional scripts, and lift other forms of spiritual pollution (what the Greek’s called miasma). In my work I have used plenty of cleansing methods, including everything from a thorough smudging with potent herbs such as mugwort, lavender, or sage, to asperging with khernips or Florida Water, to bathing in a mixture of highly cleansing herbs such as hyssop or rue. I find that I most use washing and asperging techniques. Water has the quality of being cleansing as well as opening, so methods involving a good splash work really well for me.

Once purified, I ward myself. The vast majority of magical traditions have a host of protective symbols and operations. In my work, I often form a shield around myself, pray to a spirit or God to protect me in my working, or write runes — potent Mysteries won by Odin in his nine nights of self-sacrifice upon Yggdrasil — on my body, among other methods. When I am journeying far and wide, I will often combine methods. Generally the farther I am going or the more dangerous the area I am exploring the more protection I pack in, but for a quick trip to my astral home or to a holy hall that I visit often I may simply write the rune Algiz in red on my wrists and forehead, then sing (galdr) the rune into my being, and carry on. If I am without a writing instrument for whatever reason, I may skip the red marks and simply visualize the rune on my body.

After purifying and warding, I find a comfortable position and allow myself to slip into trance. During this Samhain season, astral travel and trance journeying come more easily to me. The process of sliding between the worlds takes a little less time to complete and is less jarring along the way. Allowing myself to enter a trance state can be as simple as closing my eyes or as involved as casting a circle, lighting incense, allowing my body to sway, and lifting my voice in song in order to let me spirit rise. I have found a wide range of stimuli, or lack thereof, facilitate trance for me. Before entering trance, I like to know where I am going, although I am not vehemently opposed to aimless wandering. That is fine by me from time to time because I have a number of guides and guardians that I trust, so such wandering is reasonably safe. I’ve found that no trance journey is 100% safe, but we can definitely take steps to improve the road.

The above is my usual process, but from time to time, I am also simply drawn into a trance journey or spirited away. Unexpected astral travel is a more common occurrence for me at this time of year. Now it is a little easier for a God, spirit, or other Power to reach across the thin lines and guide my consciousness elsewhere. Okay; I see how that might sound scary and be a little unsettling to some. Believe me, I screamed foul too. It took a lot of communication with Hekate and Odin to come to a place where I could both understand and trust this phenomenon. Coming to an understanding with them was fairly easy but trusting their large families took more time!

For instance, most recently I had to trust that the denizens of the Underworld did not want me dead. In a nutshell, about a week ago I was drawn through the magical space between sleeping and waking into Hades and Persephone’s realm, specifically to their palace in what Ovid calls the Stygian City. I had only been there once before (and also without prior warning) so my surprise and confusion were palpable. While in the palace, I first met three spirits of the dead. The Greeks believed that the underworld was a cold, dark, and drab place in which the dead were utterly disconnected from the human life they once lived. Some dead spirits could escape this gloomy fate but most couldn’t. From what I could gather on this unexpected journey, the three spirits I met had avoided that fate. However, they still did not speak with me until I asked in Hekate’s name. Then they communicated their charge, which came from Persephone. Shortly after sharing that information Persephone herself appeared along with Melinoe, (her daughter by Zeus in Hades’ form, also sometimes considered to be an Orphic title of Hekate). Persephone’s message was intense and clear. Melinoe remained silent, lurking at the edges of the room, staring as her mother and I spoke. When Persephone finished her thoughts, Hades arrived. He seemed to form from the darkness itself. He was tall and severe, and said nothing. I was oddly satisfied with his silence. I think that Hades, Persephone, Melinoe, and the Three Shades knew that I was unlikely to be visiting the Stygian City this season and so they visited me.

The roads between worlds run both ways. If I can visit the denizens of the Otherworlds, they can most certainly visit me. That sometimes means unplanned visits. I prefer it when they are announced and I can adequately prepare, but even when I can’t prepare as thoroughly as I would like, I often will welcome the journey all the same. In truth, being spirited away from time to time has taught me quite a bit about spontaneity, my own willingness to follow the pathways of knowledge where they may lead, and trust in the Powers with whom I work. 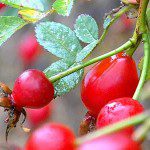 October 24, 2015
The Path of She: A Samhain Teaching - Born Into Life, Born Into Death
Next Post 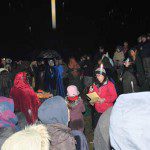 October 26, 2015 Star Made Witch: Samhain on the Hill
Recent Comments
0 | Leave a Comment
"Thank you for a great post, and no, I am not a scammer, nor ever ..."
Grendal King Cross and Crossroads: How to Spot ..."
"I can't wait for your book in progress to be available! It sounds right up ..."
Kaia Rose Simple Witchery: Practicing Self Care When ..."
"Thank you for this post. It was a long and thorough article and I can ..."
Amy Meert Parenting the Divine: Teaching the Joy ..."
"Hey! Hex covid not the Fae!"
Pitch313 Irish-American Witchcraft: Hexing the Fae, Anthropocentrism, ..."
Browse Our Archives
get the latest from
Agora
Sign up for our newsletter
POPULAR AT PATHEOS Pagan
1