Irish-American Witchcraft: Not That Kind Of Witch

Irish-American Witchcraft: Not That Kind Of Witch November 3, 2015 Morgan Daimler

It’s been an interesting few weeks on social media during this year’s lead up to Samhain/Halloween.

One thing that I particularly noticed this year, and then increasingly grated on my nerves, was the proliferation of memes and posts defining what witches are. Usually above an image of a willowy, young, attractive woman there would be some text along the lines of “All witches are gentle and kind” or “No real witch would ever hex or hurt anyone.” Sometimes it would be a more blunt “Real witches follow the Rede” or “Real witches let karma handle it.”. And, these invariably are enormously popular and get spread around like free candy.

Here’s the thing though, although I do understand the urge to make this solidarity statement about how all witches are harmless and good — don’t be scared of us we’re nice! —  it’s almost impossible to make definite statements about witches because witch is such a broad term. I see these things floating around proclaiming that no real witch ever hexes and my first thought is, well, we have a problem then because I am certainly a “real” witch and I do hex. I see the ones saying all witches follow the Rede and think, well not this witch. In trying to put something out there that defends witchcraft as something non-witches shouldn’t be afraid of, in trying to make something that says “don’t judge us we’re not bad people” what’s really happening is that witches who don’t fit that particular approach are being excluded and judged. Which is ironic since some of those same memes and posts include explicit claims of tolerance and criticism of judging others.

I understand, I really do, the way some people just assume that the way they do things is the way everyone does things, or should do things. I see it in the different communities all the time, and I know I do it myself sometimes too. But we aren’t really doing ourselves any favors with this.

This can all be avoided of course by simply not saying “all.” Some witches follow the Rede. Some witches refuse to hex. Or, put the emphasis on your own choices: I would never hex or hurt anybody; I am a witch who is gentle and kind. See? That’s not hard.

Since I first got into witchcraft, in the early ’90’s, there has always been a strong drive in the wider community to present ourselves as safe. To convince the public that witches, et al, aren’t scary or dangerous, but just peaceful people with a different spiritual path. And there’s nothing necessarily wrong with that, because there are witches who are entirely focused on compassion and forgiveness, and there are witches who would never hex and who would never do anything to influence another person.

I am not that kind of witch.

Which isn’t to say that there is anything wrong with witches who just want peace and harmony – its just that there isn’t anything wrong with my way either. I’m more the pragmatic-if-it-works-use-it sort, and the if-it-needs-doing-do-it sort. I don’t have to agree with how you do things, or have any interest in doing things that way myself to respect your right to your own path, just like you don’t have to believe what I believe or do things my way to agree that I have a right to my own path. We really gain nothing as a community, even a very loosely based and held together community, by judging and excluding each other for our differences. Our diversity should be a strength, not a weakness.

Like Nietzsche said “You have your way. I have my way. As for the right way, the correct way, and the only way, it does not exist.” 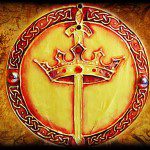 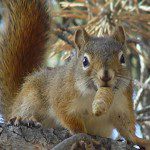 November 4, 2015 Dandelion Seeds: How to Talk to Squirrel Spirits
Recent Comments
0 | Leave a Comment
"A lot of the behavior you describe sounds like a combination of immaturity and sociopathic ..."
Wolf Cross and Crossroads: What “No Rules ..."
"And yes, this too, Willow!"
Laurie Between Two Worlds: Struggle and Conflict
"Yes! This Kyllein!"
Laurie Between Two Worlds: Struggle and Conflict
"And Bran's sister, Branwyn!"
Laurie Of Light & Shadow: What Raven ..."
Browse Our Archives
get the latest from
Agora
Sign up for our newsletter
POPULAR AT PATHEOS Pagan
1

Pagan
Between Two Worlds: Mabon in a Time of...
Agora

Pagan
Cross and Crossroads: What “No Rules in Witchcraft”...
Agora
TRENDING AT PATHEOS Pagan