Irish-American Witchcraft: So you Want To Be An Ally

I’ve been contemplating writing this off and on for awhile now, but I tend to dislike blogging about anything controversial or political when I can avoid it, and I also really hesitate to speak for groups, even groups I belong to. I’d much rather just speak for myself, so take this as my own opinion on this subject and get whatever value you can from it. However as I see more and more people talking about being allies to different groups – and really you can apply this to any minority group* – I decided I probably should just write this, because often it seems like people are talking about being an ally but then missing some important aspects of actually doing that.

Don’t get me wrong by the way, being an ally is great — the world needs more of them. I try to be an ally to others and I deeply appreciate people who are allies to the groups I belong to, especially LGBTQIA and trans allies. There are going to be some very specific things to consider if you want to be an ally to a specific group, depending on that exact group’s needs – there are some good guidelines out there on being an ally to LGBTQIA people, transpeople, people of color, or women for example. Keep in mind as well that being an ally to one group doesn’t automatically make you an ally to another, or mean you understand the dynamics or nuances of that other group. Different groups have different needs and expectations to consider.

I would suggest some basic guidelines for anyone who considers themselves an ally:

* you can be an ally, in my opinion, to any minority group that you don’t personally belong to. (back) 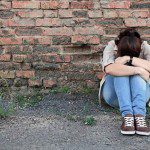 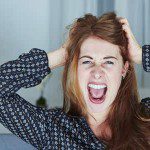