Happily Heathen: Keep Your Virtues Out Of My Heathenry

Over the years, I’ve been becoming increasingly uncomfortable with the concept of religiously-based ethics. It seems that so many horrible actions are done by people ostensibly in the name of religion. This past week’s terrorist bombing in Belgium has brought that uneasiness up again, as have other bombings by ISIL, and also all of the shootings the past few years by pseudo-Asatru white-supremacists. Ethics and religion just don’t always go well together, in my opinion.

It doesn’t take much digging to find examples of followers of a given religion who use their religious beliefs as justification for some of the most heinous events in history. When pressed, the perpetrators point out a religious passage or verse which they say defends their position: “I beat my wife because the Bible says that men are in charge of the family and my wife was being insubordinate.” “I blew up that airport (and myself) because in the Koran, God commands us to kill unbelievers.” “I shot up the Jewish Community Center because Odin (as interpreted by Hitler) wants the White Race to be pure.” (Really. Odin told you to kill a bunch of unarmed Jewish civilians in a peaceful public place. Way to earn your place in Valhöll, buddy. Not.)

To be fair, usually these positions are taken by the most conservative or fundamentalist sects or individuals in a given religious tradition, and even within those groups, there can be a wide range of interpretation of “God’s (s) will” which doesn’t necessarily endorse abusive. However, it is not just one or two “crazy people” who have these beliefs. There may be only one or two people who pull the trigger, but the shooter or abuser’s entire community supports the underlying interpretation that led to their action.

How does this all relate to modern Heathenry? Despite it being a modern movement, there are still some segments of the Heathen community that cling to the same kind of conservative attitudes that sound more they would be more at home within fundamentalist Christian groups than a the Viking Age village. Misogyny, racism—none of these are endemic to Viking Age religion or culture. In fact, women in the Germanic areas in the Viking Age had many more rights than the rest of their European counterparts. Also, the concept of “race”, much less the prejudices or hate behavior based on a person’s race, was not a part of their worldview.

Given the right motivation, however, a modern Heathen can look to the Lore and come up with something to support either racist or misogynist actions. Their actions, in their eyes, would then be seen as being “ethical”, because The Gods Said So™. It’s ludicrous, but it’s not any different that what fundamentalist Christians or Muslims have been doing for centuries.

Heathenry does have a moral code, though, as many Heathens will tell you. We call this code the Nine Noble Virtues (NNV). The NNV are a modern invention that Edred Thorsson (or Stephen McNallen, or one of their contemporaries in the modern Heathen movement — it depends on who you ask) came up with that distills the basic “themes” from the myths, sagas, and legends of the Viking age and puts them into a kind of a warrior code for Heathens to follow. The version of the NNV that I am most familiar with is as follows:

Now, as concepts by themselves, I can’t really argue with any of these. They seem like useful, worthy ideals to strive for in one’s life. I have many friends who value the NNV highly and use them to guide their lives, and it seems to be working very well for them. However, not unlike Christianity’s Ten Commandments, the NNV can also be “reinterpreted” (read: warped) so as to justify otherwise reprehensible behavior.

Heathens who beat each other with the NNV Stick

Unfortunately, despite it being a useful guide for many Heathens, the NNV can be turned into a stick to beat other Heathens with just as much as people use Christianity’s Ten Commandments or Islam’s Five Pillars. It’s good to be aware of this. Ever see Heathens throw each other under the bus using the NNV as the primary weapon of choice? Think of any flame war you may have seen on a Heathen mailing list or FB group in which a person is attacked for not being “honorable” enough, or not living up to his or her oaths; or of being “untruthful” when in reality, there are often several equally valid points of view in a situation. Someone calls someone else out on a public forum, and soon words like “nithing” and “outcast” are being thrown around, and someone demands “weregild” (as if we were actually living back in the Viking Age and didn’t have a complex legal system to rely on). Communities turn on each other, kindreds break up, and Ragnarok begins! Mwahaha!

(Yeah. I’m being a tad melodramatic; but then, so are these flame wars.)

Let’s be realistic, people. Sometimes people willfully break sacred oaths or disrupt the peace–yes. This is true. However, sometimes people just make mistakes. We can misunderstand or disagree or be in a bad mood or even just forget relevant information. It’s called being human. Smacking someone upside the head with the NNV does not actually help to rectify the situation. And the mob-mentality and verbal abuse (and worse) that results from this are the problems, not the solution.

Which brings me back to my original point. Why must morals and ethics come from religious beliefs? I think that unnecessarily complicates things. I find it easier to call out the good and bad behaviors I come across when I don’t have to cut through the layers of religious justification and BS that people often use to defend their actions. If you beat your wife, I don’t care how your religion justifies it; it’s still wrong. If you blow up public places because you’re “cleansing the population”, I don’t care that Odin told you to do it—it’s still morally wrong, and you should be punished. (You can argue with Him about in Valhöll, if you ever get there.)

Granted, many belief systems help their adherents act honorably and give them a model of good behavior to strive for. Many (if not most) Heathens, Christians, Muslims, and Pagans are just good people trying to do the best they can to live in an honorable way. If so, great! This article is not aimed at them. If the NNV (or another set of similar guidelines) helps you to live a good life, wonderful! However, if you find yourself using them as a justification for abuse, then it’s time to stop and question whether you are following them, or just using them as an excuse. 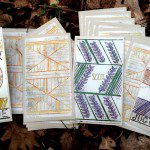 March 23, 2016
The Cartomancer: How to Speak with your Tree Ally
Next Post 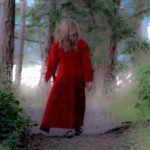 March 26, 2016 The Path of She: Walking with the Goddess - 4 Ways to Weave the Sacred Feminine Into Your Daily Life
Recent Comments
0 | Leave a Comment
"Yes, thats why its called Patheos: Pagan. Patheos is a multi belief website with blogs ..."
Michelle Gillian The Dance of Pagan Recovery: Welcome ..."
"Simply vile and disgusting how a supposed catholic website or blog is fooling its readers ..."
Luis rodrigues coelho The Dance of Pagan Recovery: Welcome ..."
"What's kind of kooky about being disabled and invisible, or different and invisible, is that ..."
JenniWest The Corner Crone: Why Are You ..."
"This really sounds interesting. Health is so important."
WildestSea The Corner Crone: The Witch’s Guide ..."
Browse Our Archives
Related posts from Agora