Some of you may have noticed that my blog was curiously silent for the past month. Believe it or not, the reason I didn’t get a single thing posted in February is because I’ve been working on everything I’m going to go into in this article. While the rest of the Pagan world was doing awesome things at Pantheacon, I was locked away in my office for a solid month working on a problem that’s been driving me insane for YEARS.

I’d be surprised if more than a handful of pagans hadn’t heard of the Folkish vs. Universalist debate, and I am willing to say with relative certainty that EVERY Heathen has seen this conflict in action. Like the battle of Hjaðningavíg, it’s a war that never ends. Both sides insist that you’re either with them or against them, painting a black and white landscape with no room for any potential interaction beyond conflict. This is not to say that all individuals involved believe this way, but it is how both overall parties conduct themselves.

How often have we all heard the complaint “Why did you have to bring politics into Heathenry”? To me, that statement is like the clarion call of the Gjallarhorn, signaling that you’re about to be dropped onto the front lines of the F.U. debate. It’s also completely ridiculous, because the conflict between Folkists and Universalists is ALL ABOUT POLITICS. Both sides will usually insist they aren’t, but all you have to do is look at their tactics and demographics to see where the real divide is.

The Folkish vs. Universalist debate has less to do with Heathenry and more to do with the Two-Party system of politics. While there are always exceptions, it doesn’t take much to see that the conflict between Folkists and Universalists almost always directly correlates to Conservative vs. Liberal. (note: Not necessarily Democrat vs. Republican, that correlation is a bit more fluid.) Even the arguments they use are the same. One side is security minded and focused on preserving tradition, the other is focused on things like tolerance, equality, and social justice. THIS IS AMERICAN STYLE POLITICS AT WORK.

One of the reasons this fight is so eternally persistent is because both sides feed the opposition. By presenting these two parties as the only available options both parties help push newcomers to Heathenry to one side or the other, when that individual might really belong somewhere in the middle. For example: A Heathen might be interested in a more strict Reconstructionist perspective and a ‘survivalist’ outlook, but have a very liberal view of racial integration or sexual orientation within the faith. However, that person could easily end up being pushed into more Folkish circles, by Universalists that think they look or sound ‘Folkish’ and attack them for it. It could also happen the other way around, with Folkish Heathens attacking their social politics and driving them into a more Universalist camp that doesn’t necessarily meet their other needs.

In both cases the person is pushed to one of the extremes, purely because the Heathen “Two-Party system” tells them they MUST be one or the other. This forces people to either adjust their practices and beliefs to fit in more with the community they’ve been offered OR to simply accept that they’re not entirely comfortable within their community. Both are sub-optimal and probably why so many Heathens choose to remain solitary.

Now all of this is not to say that there aren’t things worth arguing about. Individual issues like Racism, the pros and cons of larger Heathen organizations, or the preservation of tradition are all important issues that are worth discussing. The problem is, we don’t really ever discuss ANYTHING. Instead we point fingers and call each other names. We can never seem to get around to an actual conversation, because we’re too busy fighting straw men instead of problem solving.

Both sides have become so polarized that each has constructed this totemic image of the opposition that is both infinitely enraging and infinitely defeatable. Universalists are always silly Wicca-tru Marvel lovers with no sense of tradition; Folkists are always either Neo-Nazis or ignorant hicks who unwittingly support Neo-Nazis. Both ideas are utterly maddening to their creators and, most importantly, easy to tear apart. The community then spends its time and energy tilting at these straw men rather than actually engaging the other side, even when people from both sides are present. Again, welcome to ‘Two-Party’ politics. When you’re ‘either with us or against us’ there is no room for a middle ground, or even a Devil’s advocate.

What this does is it allows both sides to ignore any ideas that could weaken their case or force them to acknowledge the complexity of the issues at hand. It’s a big political security blanket. If all Folkish Heathens are racist Nazis, then it’s easy to ignore things like Folkish kindreds that have people of color as members (yes, that exists). If all Universalists are fluffy wicca-tru wannabes, it’s easy to ignore the fact that there are serious Reconstructionists there that can site examples of racial diversity in the Lore (yes, that also exists). Admitting that the other side has a case to be made forces people to admit that they aren’t as clever and victorious as that security blanket would lead them to believe.

This kind of black and white, all or nothing thinking is not a part of Heathen philosophy. I’ve often said that Heathenry promotes ethics over morality. Morals are strict judgments on “right and wrong;” ethics are a set of guidelines meant to encourage proper conduct. In other words, moral judge asks what you did while an ethical judge asks why you did it. In the Lore, problems were rarely seen as having a single solution. Each issue was generally approached on a case by case basis, taken on it’s own merit and judged independently. Heathenry is all about details, not broad-brushing.

We need to take PEOPLE on case by case basis, allowing them to define themselves rather than be defined by a label that often times they didn’t choose. Like it or not, Heathenry exists on a spectrum that is far too beautiful and complex to be expressed in terms of Folkish and Universalist. Both of those terms fail to describe much of anything about a person’s beliefs. If a woman says she’s Folkish, you might have some vague idea that she believes in the importance of bloodlines, but you wouldn’t know much of anything else about her. She could be a seiðkonur (seiðr worker), or she could believe that magic has no place in the tradition at all. She might be fine with the idea of a black person in her Kindred, or she might not. The arbitrary label of Folkish tells you almost NOTHING. The same goes for Universalist.

The F.U. debate actually obstructs issues rather than resolving them. The entire language of Folkish vs. Universalist allows us to rant and rail against a perceived enemy rather than actually talk about varying points of view. The false dichotomy it creates also enforces this illusion that there is only one ‘right’ way of thinking. Heathenry has never been a homogeneous religion, and it’s certainly not going to suddenly become one NOW.

So how do we move the conversation along when these two parties of Heathenry have already become so all encompassing? Third party politics certainly don’t seem to be the answer. We don’t need yet another label to try and shove people under. People have tried that, and it usually just ends up getting ignored, or worse just muddying the waters of the F.U. debate and stirring up more anger from both sides.

What we need is a space entirely outside of that debate, where we can circumvent language that has locked our community into an unending–and fruitless–conflict. A space that reflects the broad spectrum of Heathenry where we can talk about actual issues instead of labels. Where we can address the concerns of historical Reconstructionists without devolving into “wicca-tru” stereotypes. Where we can talk about ancestor veneration without assuming people are Nazis. A place where we can explore differences in thought within our tradition without the implication that everyone needs to practice the same way. Most importantly, it needs to be a safe place for everyone to do so; because we should be able to discuss differing perspectives on our traditions without creating a hostile environment for Heathens of Color or LGBT members either.

Which brings us full circle to the project which I have been so obsessively working on for the past month. Some of you have likely seen my personal webpage before. To be honest, I hadn’t done much with it in over a year. It was just sitting there collecting virtual dust, basically just functioning as an archive of all my old work. So I wiped it clean and re-purposed it to do something worth while.

Heathenhof.com has been completely remade. We’re building that space. I say we because there are already NINE other authors who will be helping to shape this community hub, and we hope to find even more. We’ll be offering both news relevant to the Heathen community as well as editorials by people from all walks of life. We’ve got Reconstructionists, mystics, and Heathen homesteaders, both from here in the USA and abroad.

There are more than two ways to be a Heathen, and it’s time we talked about it. 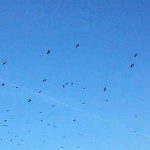 March 1, 2016
Irish-American Witchcraft: Being Dedicated to the Morrigan - Part 2 - Following Them
Next Post 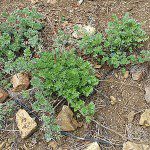