Hills of the Horizon: A Defense of Sacred Kingship

Hills of the Horizon: A Defense of Sacred Kingship April 29, 2016 Kiya Nicoll

Several years ago, I took a trip out into the sticks for a Beltane ritual. Some folks out there needed a May Queen, and through a sequence of coincidences I happened to be both available and qualified. It was a short-term gig in sacral rulership, with my blessing sought to help with the fertility and health of the land.

It’s one of the things that I think about when I poke my nose into debates and discussions about sacred kings.

Years ago, I read the draft of a novel that was never published. I keep the pages in a looseleaf binder and every so often go through it again, or lend it to someone. It’s one of the best works on sacral kingship I have ever encountered. The king, again, is defined by his responsibilities – and there are so many kinds of kings. There is a Green King, who can walk the wilderness safely. There is a Seed King, whose sexual prowess and fertility make his domain prosperous. There is a Sorceror-King, who secures his people’s security with the power of his magic; he is also a Founding King, a hero by definition, one who has carved out a chunk of wilderness and turned it into civilisation. There are other kinds of king that I don’t recall, and they invent one or two others along the course of the plot.

Each of the kings is defined by a territory, something they were bound to defend, something that depended upon their particular skillfulness, their particular competence, so that everyone else could do their job. The manner by which they hold their territory differs – the Green King’s wildwalking protects his people in a different way than the sheer populousness of the Seed King’s territories – and they attract different people into their lands. But in that world, there is no place to live without kings; the king defines a place that is safe enough to thrive.

Starting around the First Intermediate Period in Egyptian history, local officials started writing biographies in their tombs, full of propaganda. The gist of the propaganda, which was basically presented to the afterlife judges as a case in court, was to express that they had been good rulers and had done the things that needed to be done. This, they would say, was how they could demonstrate their reign had divine imprimatur: look at how they upheld the divine will.

The contents of the tomb biographies varied a lot, but there are consistent themes: the needs of the people were provided for (in terms of food, in terms of clothes, in terms of oil to treat sunburn, in terms of shoes, in terms of boats); the legal system was maintained, with malefactors punished, reconciliations made, and protection from brigands attempted; infrastructure was built, the temples had offerings, the economy ran properly; truth was spoken. These people may not have been wholly truthful, but these are the things that they thought were essential to gaining a divine stamp of approval on their rulership, and thus the things that they claimed to do.

From an Egyptian perspective, then, there’s an answer: that’s what a king is for. To do that kind of thing.

There’s a scale problem there, of course, in purely practical terms. The resources required to do that work on a national scale are entirely immense – to feed, and clothe, and house, and protect, and nurture, and see to justice, and see to prosperity. That’s beyond the scope of an ordinary human, especially one who – like most of us – is not born into the role of a hereditary elite, the sort of person who assumes that they can pick up the reins of power for the asking.

It’s easy to just say, “Well, that’s not how things work anymore” and set the whole concept aside.

To Egypt, the king was all these things, and one other: the raw conduit connecting the mortal and the divine worlds. There is no doing without this connection.

Fortunately, these puzzles come with their own solution.

Egyptian liturgical magic is rife with many examples of the magician stepping in and claiming the authority of a relevant power – a healing spell, for example, might involve someone claiming to be Djehuty (Thoth) or Aset (Isis), asserting the authority of the god’s office, and declaring that it is not merely the mortal human’s will being done, but that of the divine power. Temple prayers, temple liturgies, are full of adopting the rules of various gods and doing as they would do in service to the greater system.

Further, those rituals are full of places where various people would stand in for the king – the king may be portrayed as the only one empowered to perform these rituals, but in practical terms, priests did the heavy lifting. (Especially for those rituals that required multiple parts to be performed! Even if the king is present in the temple, the stuff that takes a dozen people running around and doing various things at the same time is a bit beyond him.)

In other words: the king is fundamentally a symbol of the alliance between the human and the divine, the union that brings forth creative potential and maintains the order of the cosmos. And that symbol, is a hat that other people can wear. It is a hat that other people must wear, because the work of the king is too large even for someone who has the power at will to feed the hungry, distribute healing oil to the sunburned, raise up the army, and perform any ritual.

How big is the hat?

Even Kemetics who don’t consider themselves priests put on some version of the hat whenever they do ritual stuff. Even an offering to the ancestors is putting on the nature of Heru (Horus): one of his duties is to tend to his divine father in the unseen world, to establish him in his place, to nurture and restore him. Putting on the Heru-hat is putting on the king’s hat, because that is Who Heru Is.

The king’s hat is inescapable. We are all, each and every one of us who approach the world this way, sacral kings, Foremost of the Living, who have received life, luck, and stability, with the absolute responsibility for the caretaking and governance of our realm. This may be most obvious stepping into holy ground and taking up the ritualist’s tools, but to say that has no effect after the doors of the shrine are closed is claiming that what we do before the gods has no meaning in the world, and I deny that most utterly. If I take up the mantle of the king to light incense and pour water, it does not just vanish: I must, somewhere inside me, continue to be the king even when I am not kindling the flames of reawakening. If I would claim to be Heru before my ancestors and before the gods, then that must matter, I have a responsibility to attempt to embody Heru in the rest of my life.

It is an often-undermined and often-compromised responsibility – there are certainly many forces and people who do not want to recognise the individual sovereignty of others because it is inconvenient to their goals, after all. But in the end, everyone is issued a life, and has to live it themselves.

It is a theology of sacral kingship that underscores my personal responsibility for my own self-care. If, as the saying goes, this body is a temple, then I am the priest-king who is responsible for its upkeep, for providing it with the offerings that sustain the spirit that dwells in its hidden places, for caring for the grounds, for supplying it with good and beautiful things.

If my home is a temple, then I am the priest-king who is responsible for its upkeep, for keeping it clean (I am really quite bad at this part in many, many ways), for seeing to its economy, for tending the health of its inhabitants. I share this responsibility with other priest-kings, with other people who share the labour, who share the work.

If the land on which I live is a temple, then I am the priest-king who is responsible….

If the town in which I live is a temple, then…

If the commonwealth in which I live is a temple…

If the nation in which I live is a temple…

If the world in which I live is a temple…

Once upon a May Day, I gave my blessing to a land on which I was a guest, as one sacral royal to another, a support in mutual holiness, each of us with the power to join the spiritual and the material in a different way. For each of us is the Living Horus, in our own lives, and as his/her/eir/our wings spread we do, in fact, have the power to change the world. 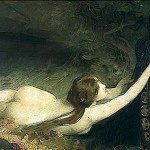 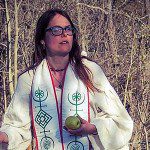 April 30, 2016 Dandelion Seeds: How Do We Become Indigenous?
Recent Comments
0 | Leave a Comment
"The Halloween Tree and Song of the Sea are wonderful for kids, with more of ..."
Lina Irish-American Witchcraft: 31 Movies for Halloween
"Halloween always sounds so cool in America."
JamieAdStories Outside the Circle: The Dark Legends ..."
"I needed to read this. Thank you so much for sharing this. <3"
Laurie Allen The Corner Crone: The Parable of ..."
"I'm going through a bit of an existential crisis with my own devotional polytheism. As ..."
Heather Havens Salt City Pagan: Facing the Full ..."
Browse Our Archives
get the latest updates from
Agora
and the Patheos
Pagan
Channel
POPULAR AT PATHEOS Pagan
1