In my experience if you ask most pagans or polytheists to describe their Gods – with few exceptions – you’ll get lots of clothing descriptions out of a historical re-enactors catalog. There’s a reason for this of course – people are often basing their view of the Gods on two things: descriptions from myth and statues or art they’ve seen. When the template for how we see the Gods is an archaic one then its only logical that the images we form, even the new statues and art we make, are of fashions thousands of years old. How many people today, after all, still see the Greek Gods in chitons even if they don’t know what a chiton is?

But what I think we forget is that the images we base our ideas of the Gods off of were not archaic when they were made. As far as I have been able to tell through my own research the images of deities in ancient art largely feature depictions of contemporary fashion. In those statues and wall reliefs of Isis (and other Egyptian Goddesses of course) we see her wearing the style sheath dress of an upper class Egyptian woman of the time. Depictions of an armored Mars from around the 1st century (for example like the one found in the Forum of Nerva) show the God wearing the same armor as the Roman soldiers would have been wearing. Even in the Irish myths when we see descriptions of people coming out of the sidhe, the fairy hills, they are always said to be wearing fine clothing that seem to be of the same fashion as the people in the stories.¹

So, if we know that the depictions of the Gods that we are familiar with actually represent what were at the time modern fashion, why do we as modern Pagans/Polytheists so consistently depict our deities in historic fashions?

Talking to friends it seems that part of it is just habit. We are used to visualizing them a certain way so when we see them in modern guises some people find it off putting. For other people the idea of the gods as anything but archaically dressed is almost sacrilegious in itself. One friend even went so far as to say that he felt seeing the Gods in modern attire made them feel less divine somehow, and made it harder for him to connect to them as deities. I’d like to gently suggest though that the idea of modern depictions of the Gods represents a natural way to view them, for people who do choose to see their Gods this way. Visualizing the Gods in modern attire anchors them firmly in our world, in our reality, and can make them more relateable.

There is a certain logic to it, for those of us who see the Gods as adapting and evolving to the modern world, to see them appearing in more modern ways. After all we live in a modern world and most people will agree that the Gods have adapted to it, even if we haven’t yet agreed on which God to pray to for say, the internet or internal combustion engines. But do we picture the God we pray to for safety during surgery wearing a tunic from two thousand years ago or wearing modern doctor’s clothing?² Do we see the Goddess we are offering to for success in a modern business venture wearing a leine and brat or wearing a business suit?

I like to make a game of imagining what the Gods might look like today, and I enjoy hearing other people’s ideas on this as well. Its also interesting to see an increase in new art showing a more modern view of some of the Gods, although my own preference would be for more variety in styles and a bit less emphasis on, shall we say, club fashions? Which may of course reflect more the images I tend to run across than the wider trends, but still I’d love to see more variety in the pagan and polytheist communities at large.

So then, how do I see the Gods I honor? How do I picture Macha? Well I certainly can see her as a 1st century Irish warrior queen, but I can also see her  as thoroughly modern , clad in dark jeans and a leather jacket, driving around in a dark red Ford Mustang. The Morrigan strikes me more as a black duster jacket sort, biker boots, and probably the motorcycle to go with them. Badb I tend to see in a long black dress with her arms bare. Nuada, personally, I see in a modern context in military fatigue pants and a flak jacket (still with the silver arm though). Brighid the blacksmith I see sometimes as a traditional blacksmith and sometimes in modern welding gear; Brighid the poet in a flowing skirt and blouse; Brighid the healer in nurse’s scrubs. Odin I can see easily enough in a variety of guises, from a nondescript older man in a grey hooded sweatshirt with the hood pulled down over one eye, to a younger man wearing an eye patch and a business suit – or jeans and a t-shirt for a Viking metal band. Because Odin is pretty flexible like that.

We live in a thoroughly modern world, and the gods are as much a part of our world now as they have ever been. Obviously how I envision each of the deities I honor is based on how I personally relate to them and what I associate them with. If you’re comfortable seeing your Gods in ancient dress that’s fine and I’m not trying to criticize that, but it’s interesting to consider the alternative. How would your Gods dress if they were clothed in modern times? 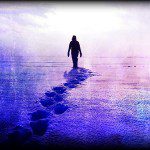 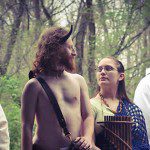 April 6, 2016 Dandelion Seeds: Why We All Need Indigenous European Paganism
Recent Comments
0 | Leave a Comment
"Thank you for your comment. There are times when the only peace and healing to ..."
Willow Rose Simple Witchery: Right Relation – Holding ..."
"Brianne you are back in Wisconsin! That is so exciting."
Willow Rose Between Two Worlds: Remembering Mabons Past ..."
"Thank you for saying this part: "Let me state unequivocally that there are parents so ..."
Nichole Cardillo Simple Witchery: Right Relation – Holding ..."
"I'm sorry but there is all sort of fear mongering in your blog post. Crossing ..."
Theresa Day Stirring the Brew: Underworld Crossings
Browse Our Archives
Related posts from Agora