[Manager’s Note:  Please welcome Graeme Barber to the Agora!  His column, A Lakeside Hearth, will run monthly on the 30th.]

There are numerous conflicts in modern Pagan practices. Most of the time, they’re quiet fights in the background, subtly waged by the proponents of the various ideologies involved. When they do spill over, the conversation around them ranges from intelligent discourse to vitriolic demagoguery; and in this age of social media, more often the latter. Then, in the spirit of “togetherness” and “peace,” the topics that cause the worst blow-ups are banned from discussion and a kind of artificial peace is established. By then it’s usually too late though, and the united front now presented is a false one. A façade of peace over a temporarily calmed sea of strong opinions, sectarianism, and conflicting ideologies.

Now, a lot of people reading this are probably nodding their heads a bit at this point. After all, the last few years have been pretty rough for the Pagan world, at least on the inside. So what causes this constant cycle of self-destructive conflicts?  And make no mistake, they are self-destructive, they ultimately only serve to weaken the community. Like micro-fractures in metal, they’re a myriad of weak points that will eventually cause the structure to fail. So how do these fractures form? What can be done about it? What is the fallout from them?

The formation of these hidden schisms are generally complex. If someone tries to tell you that social issues are simple and have easy fixes, odds are, they’re either ignorant of social and cultural processes, or they’re deliberately trying to mislead you. Paganism, by my estimation, is entering its second true generation in modern times. As a community and cultural movement, it is very young. It has already suffered from discrimination for its nature, deviating from the generally monotheistic, Christian religious background radiation of the West. Further, many Pagans are also members of discriminated against populations, being members of some or all of minority, LGBTQ+, economically disadvantaged, or disabled populations in addition to being Pagan. You’d think at this point, that shared discrimination experiences would bond a group together stronger right? Well, not quite. Because we live in an inherently unequal society with a lot of narratives about how equal and meritorious everything is, people tend to swiftly deny that there are problems with racism, sexism, homophobia, and so on in modern Paganism. Instances of it are brushed off as people being “oversensitive”, or as “one off events” that certainly aren’t indicators of serious issues.

Ideologically, schisms can form around doctrine, orthopraxy, orthodoxy, or any number of finer points in what makes the faith of the practitioners. This sounds minor, but remember, the early Christian faith was riven in similar ways, and it lead to centuries of conflict and bloodshed until it finally settled into the forms we know today. And it’s important here that we climb off our high horses and acknowledge that we aren’t any better, we’re just not allowed to kill or maim each other anymore, and we lack the numbers to truly enforce effective sanctions on each other. In Heathen practice, where I exist, there are fights over the definitions of and limitations of “universalism”, “tribalism”, and “folkish”, whether or not Heathen practice should be rebuilt from scratch, a modernized set of historically supported practices, a branch of more generic Wiccan inspired practice, or a complete recreation of a person’s or group’s interpretation of Norse/Germanic culture and religion in antiquity.

Dealing with these sorts of issues is as, or more, complex than their individual origin, often because they frequently intersect with each other. As a larger culture, we’ve largely been groomed to break problems down into individual parts and then treat those parts on an independent basis, hoping that the larger problem will be solved in the process. This works well for math, is hit and miss with medicine, but a recipe for failure in a cultural context. One of the first things I think we need to do is back away from the idea that all ideas and ideologies are equally valid. They aren’t, and to think so is to give the most repugnant ideologies credibility. Also, there isn’t always “another side to the story”, many times, the “other side” is just the status quo or stereotypes. I think what I’m trying to get at here is that we need more actual philosophy. Not lay, down the pub with your mates philosophy, but actual philosophy, complete with the tool set that it comes with to consider ethics, epistemology, and metaphysics. We also need the tool kits offered by sociology and anthropology, especially in faiths that are working to reconstruct historical religious paths. We need to be the articulate, erudite, and thoughtful Pagans of the past that are still respected today, such as Porphyry, Hypatia, and Marcus Aurelius.

The fallout from these sorts of fights can be severe. One of the worst I’ve seen in recent years was shortly after the events that unfolded in Fergusson, Missouri. Communities that had previously been fairly quiet erupted with racism and racist commentary when discussion about the events started. Anemic, often tone-deaf statements were given out by major organizations, and when their POC (people of colour) members demanded better, they were shut down. Famously, many simply outright banned all discussion about race. The truth is, the fallout is a rolling conflict, just waiting to be reignited. Prominent POC Pagans abandoned said organizations (no names, no pack drill) in the immediate fallout, and many that remained have been far more reserved in their activities and interactions. By not addressing the problems, by not discussing them, by dismissing concerns, and ultimately working to stifle conversation rather than push through the ugliness of it, the group is now weaker. The façade is intact, but the people are more divided.

I’ve made statements in the past to the effect of “Paganism needs to grow up.” I’m not being facetious, arrogant, or dismissive. I’m being a realist. Cultures that don’t address their problems don’t last. Cultures that refuse to acknowledge their problems inevitably collapse. “Growing up” is when you deal with those problems. We have a plethora of “teachers”, people willing to write books about rituals, pass on lore and so on, but we have a dearth of philosophers. We also don’t encourage the kind of critical thinking our forbearers in antiquity did. We need to change that. We need to change that, and we need to be unflinching in addressing our own strengths and shortcomings. We need to strive to not only be saying that we’re the better way for the future (which I ardently think is true), but to actually show that we are.

A Lakeside Hearth is published monthly on the 30th here on the Agora.  You can subscribe by RSS or via e-mail. 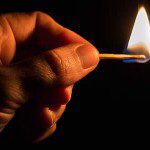 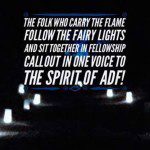 June 1, 2016 Dandelion Seeds: Finding the Spirit of My Religion
Recent Comments
0 | Leave a Comment
"I wrote a poem to describe my life at this time called "Earthquake Factory". Not ..."
Amanda Ingalls Simple Witchery: At The Crossroads of ..."
"Thank you for writing it! It's a terrific resource for our community!"
Martha Kirby Capo The Corner Crone: Elemental Witchcraft Review
"Thank you so much for reviewing Elemental Witchcraft! Your insights and feedback are very valuable ..."
Heron Michelle The Corner Crone: Elemental Witchcraft Review
"This sounds really interesting. Thanks. I love witchy book reviews. Books are always a wonderful ..."
WildestSea The Corner Crone: The Hedgewitch’s Little ..."
Browse Our Archives
get the latest updates from
Agora
and the Patheos
Pagan
Channel
POPULAR AT PATHEOS Pagan
1