Dandelion Seeds: Finding the Spirit of My Religion

I saw her for the first time, two months ago. She was unconscious, androgynous, and in one of those strange time blinks that can occur within trancework, she was in my arms like I was some sort of hero from a story. She was goddamn heavy.

I knew what she was as soon as I saw her. She was my frumpy girlfriend, otherwise known as the druid group Ár nDraíocht Féin. I’ve joked for years that ADF is my girlfriend. I’m a pagan so I can anthropomorphize anything, even an international organization. As a practicing polyamorist and bisexual seeing this group that I work so hard for as an actual person that I have a real relationship with works really well for me.

I never expected to be anything more than a personal joke. It was a way to cope with the fact that sometimes I have to choose between my family and my clergy work.

But then I saw her again. This time it was spirits that led me to her, in a clearing in a wood.   She was still unconscious and laid out on the ground like a princess. I see her as fair skinned and fair haired. She/it looks a lot like Tilda Swinton . Between she and I there was another person, a man, also unconscious.   He had a muzzle on, made out of leather and thick wire.   She had one on too, but somewhat transparent, like an echo of the one on him.   I didn’t like it. It didn’t seem right that such a thing should be muzzled.   In that waking dream that is spiritwork I applied the tools of my trade to take it off.

When I reached out and touched the leather strap I found it to be sticky. Every time I tried to move it, it just re-glued itself. So I changed size. I became tiny and worked with the small structures. The “atomic” level if the spiritworld can be said to have such a thing. I danced the “molecules” apart, but I was too small to effect a large enough change. So I multiplied myself and imagined many copies of myself all dancing a breaking dance.   I felt the structure disintegrate and allowed myself to pop back into my normal size to see that the leather had indeed disintegrated and I snatched the metal grid up. It fought in my hands.

I was strangely calm during all of this. I was never afraid or disturbed. It was a puzzle to be solved. Next up: what do I do with this wire thing that was currently trying to eat my face?

I’m a druid, so naturally I wanted to burn it with fire. Upon reflection this seems kind of harsh. Here was a spirit of a muzzle, something that wanted to interact with me, maybe in a way I didn’t really want to interact with it. Was burning it totally appropriate?   I think so, yes.   Fire is a symbol of transformation, a way to speak to the gods and give offering. I wanted to transform this symbol of repression and control into something better. Fire was appropriate.

So I burned it. It was difficult, I had to use many tools and ask for help in my spirit work. I don’t remember much from afterward except for a loud and powerful voice that demanded I take responsibility for my action, informing me that there would be “aftercare”.

I had no idea what that meant.

I have a better idea now.

Holy Hel, there was a lot of aftercare and I’m not done yet. I just got back from the Wellspring Festival. It’s an annual ADF Druid festival and also our organization’s official annual meeting. I spent a lot of time listening to people tell me stories of their struggles. I spent a lot of time considering what right action might be.

I saw the Spirit of ADF for the third time, and as we all know, the third time is the charm. One night at the festival I got together with some dear friends of mine to do ritual. We weren’t even sure what we were going to do. It didn’t really matter. We had never done ritual together and wanted to. As reverends we all lead a lot of ritual for the folk, but because we live all over the country it’s hard to find the space and time to do ritual together. The goal seemed less important than the process. So we sat around the fire in our sacred space surrounded by the gentle darkness. We gave offering to the earth and re-created the sacred center.   We were doing this “round robin” style where no one picks what part they want to do, you just go around in a circle taking turns doing whatever comes to you. It fell to me to do the main invocation to the deity of the occasion, except we hadn’t yet picked who that was.

My friend Michael looks at me and suggests I invoke the Spirit of ADF. There’s an eternity in the pause before I agree to do so. Kathleen has this amazing box of offerings and she pulls out these tiny vials of tree tincture, nine of them, all told. I spoke words of invocation, calling out to this spirit. For the first time I was asking her to come to us, rather than me going to her/it.

We took turns praising her. I spoke about my love of the recommended reading lists, and my pleasure in companionship of my spirituality. These were words of joy and hope and they felt warm and good among so many dark things. During the praise offerings I looked across the fire into the darkness above our heads and I saw two closed eyes slowly open and look at me. Her eyes were filled with the flame of ADF and they seemed to go on for a very long time. I was not afraid, but I was in awe. I felt resonance through my body and had to grab onto the stone edge of the fire pit to steady myself.

The Spirit of ADF is awake now. I may have found her, but no one person could hold her. I will lift my voice in praise, joined with those who love her. So be it.

Also, Dear Reader, if you want to support the work I do, please consider going to my Patreon account and signing up for a small monthly donation. Thank you. 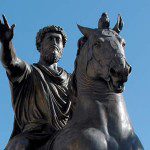 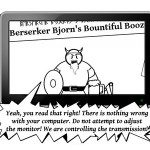 June 2, 2016 Wyrd Words: Building a Kindred
Recent Comments
0 | Leave a Comment
"I found myself more attracted to High Majick because it is cerebral. This does not ..."
Brenda Keitt Pergamum Unfurled: Review – Scott Cunningham’s ..."
"This is a beautiful elegy for the love you shared with each person and creature. ..."
Badgergrl Phoenix Rising: Cerridwen’s Cauldron – Dealing ..."
"This was a cool way to celebrate. With increasingly widespread vaccination there is no reason ..."
kenofken Between Two Worlds: A Covid Beltane ..."
"Thank you for reading!"
Martha Kirby Capo The Corner Crone: An Altered State ..."
Browse Our Archives
get the latest from
Agora
Sign up for our newsletter
POPULAR AT PATHEOS Pagan
1