I was invited to present at the Many Gods West polytheist and animist conference this August 5-7, 2016 regarding spirit work. In response I drafted a proposal on Gnostic polytheism and animism so we as a community could discuss the role of mystical experience and vision in our lore and practices.

I had a good time at Many Gods West last year, and I was glad to see it was becoming an annual event. Modern polytheism is developing it’s theology based on increasingly devoted relationships with various deities and spirits. Polytheists assert that the gods have individual personalities and lives and that they can have interactions and relationships with their priests and devotees. Animists and some polytheists know these spiritual forces to have external bodies like the sea for example is a being we can relate to. Some polytheists interact with forms like Poseidon as archetypes of human consciousness that are communicated with psychically and psychologically internally. Because of the relationships developed with these figures, Polytheisms and Animism have in common the possibility of gods and forces sending messages to practitioners and groups.

The topic last year was about local cultus: the way in which regional groups were developing and had in pagan times developed distinct pictures and interpretations of the roles and appearances of particular gods that differ from one another significantly. We have the opportunity for a great conversation on gnosis about the gods and how to deal with different messages and presentations. I find we often get bogged down in the details of whether Loki likes strawberry shortcake or not and if he will visit looking like Tom Hiddleston or not, and we argue over the superficial questions of taste at cost of hearing the wisdom teachings of the spiritual beings.

In the electronic age it seems that massive collections of information and data can become confused with wisdom. It is easy to fall into the trap of seeking increasing amounts of academic research and ever more ancient inscriptions and effigies of the gods while some concern needs to be turned to what the gods are saying now and what that means for us. I am grateful to our scholars an archaeologist and of course we can learn much about the gods from the past. But regardless of relating to the gods as universal archetypes, individual personalities and/or the consciousnesses of natural forces the deities have experienced centuries of history since pagan times. The gods must have thoughts about the different challenges the world faces now.

What is wisdom, gnosis, divine knowledge? What are the new stories of the gods and great spirits? Who are they sharing their thoughts through and how do we listen interpret and discern truth through these mediums? I look forward to exploring these questions about polytheist and animist gnosis with those attending my presentation Sunday, August 7 in Olympia and will report back on our discussion in my next post for everyone else. 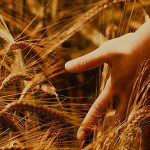 July 23, 2016
The Path of She: A Lammas Meditation -- Lugh and the Golden Field of Your Life Story
Next Post 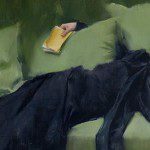 July 26, 2016 The Blooming Staff: Getting Up on Our Stilts, or, Notes Toward a Manifesto of Catholic Decadence
Recent Comments
0 | Leave a Comment
Browse Our Archives
Related posts from Agora