Outside the Circle: Dark Spirits of Lammas

Outside the Circle: Dark Spirits of Lammas July 28, 2016 Danette Wilson

It is turning darker sooner, slowly, little by little. The lengthening shadows are appearing as a sign that the nights will be winning once again, as the Wheel of the Year turns. As twilight appears it is rife with legends of the darker ones becoming more and more prominent.

The Seelie court–“The Shining Throne,” “The Golden Ones,” and “The Summer Court”–are giving way to The Unseelie Court, consisting of the darkly-inclined fairies. They appear at night and are said to assault travelers, often carrying them through the air, beating them, and forcing them to commit such acts as shooting at cattle.

The time of the Seelies has ended, their reign when light appears at Imbolc to Midsummer. But the Unseelie love the dark and are growing stronger until Samhain which is their finest hour. There really is lore to correspond with ghouls and mischief abounding in Autumn. It starts now, with the first Harvest, as darkness quickens upon the air around us.

They are the Faeries that go bump in the night. The Unseelie Court generally dislike humans, and when they play their tricks, they would rather harm than help. Passion conquers love. Dark rules over light. The Unseelie way is passionate and pragmatic. They stand for the principles of constant change and impulsive action and have a reputation for fostering war and madness, despising those weaker than themselves, and valuing freedom and wildness over any chivalric code. The Unseelie see themselves as radical visionaries, bringing about vital change and transformation.

In Norse paganism, Light elves were beautiful creatures and were considered to be “guardian angels”. The god Freyr, was the ruler of Alfheim, the home of the light elves. Light elves were minor gods of nature and fertility; they could help or hinder, humans with their knowledge of magical powers. They also often delivered an inspiration to art or music.

Dark Elves, the opposite of the Light Elves, resided in Svartálfheim. The Dark Elves hated the sun and it’s sunlight, because if they were touched or exposed to it they would immediately turn into stone. They like to annoy and threaten humans, to the point that nightmares were thought to be produced by the Dark Elves. These Dark Elves would sit on a sleeping person’s chest and whisper bad dreams to haunt the person. These elves could also haunt animals, especially horses.

The Sidhe (shee) are considered to be a distinct race, quite separate from human beings yet who have had much contact with mortals over the centuries, and there are many documented testimonies to this. Belief in this race of beings who have powers beyond those of men to move quickly through the air and change their shape at will once played a huge part in the lives of people living in rural Ireland and Scotland.

The sidhe of the subterranean mounds are also seen by the Irish as the descendants of the old agricultural gods of the Earth, (one of the most important being Crom Cruaich, the Crooked One of the Hill). These gods controlled the ripening of the crops and the milk yields of the cattle, therefore offerings had to be given to them regularly. In the Book of Leinster we discover that after their conquest the Tuatha De Danaan took revenge on  the sons of Mil by destroying their wheat and the goodness of the milk (the sidhe are notorious for this even today). The sons of Mil were thus forced to make a treaty with them, and ever since that time the people of Ireland have honoured this treaty by leaving offerings of milk and butter to the Good People.

Crom Cruach, the other Wicker man

Crom Cruach was a god of pre-Christian Ireland. According to history he was propitiated with human sacrifice and his worship was ended by Saint Patrick.

He is also referred to as Crom Dubh. The festival for Crom Cruach is called Domhnach Crom Dubh, Crom Dubh Sunday.

The references in the dinsenchas poem in the 12th century to sacrifice in exchange for milk and grain suggest that Crom had a function as fertility god. The description of his image as a gold figure surrounded by twelve stone or bronze figures has been interpreted by some as representing the sun surrounded by the signs of the zodiac, suggesting a function as solar deity

Human sacrifices to the Irish God Crom Dubh were made to ensure a rich harvest and fair weather.

The legend of Crom Cruach is a sinister one. The ancient texts of the Metrical Dindshenchas claim that the people of Ireland worshiped the God by offering up their firstborn child in return for a plentiful harvest in the coming year.

Crom Dubh, the ‘dark, stooped one’ who lived in the underworld throughout winter, emerging on 1st August to claim the ‘first fruits’, in the form of Eithne the corn maiden, and bringing her on his back (hence his stoop) down to the underworld.

He once enjoyed the unreserved worship in Ireland and other Celtic countries, before the church and tribal wars brought about the cultural and ethnic genocide of old Europe.

The Burry Man is the main figure in an annual ritual that takes place in South Queensferry, near Edinburgh every August. A local man is covered from head to foot in thistle burrs. He is paraded through the town at a snails pace supported by two assistants. He is in the costume for nearly nine hours, often in sweltering heat, and can easily lose nearly fourteen pounds in weight. Able only to drink through a straw, he is sustained by a few wee drams, and lots of water.

The meaning of the ceremony has been lost but could have been to do with seeking good fortune for town or harvest.

Warding off evil Spirits, connecting with nature, and celebrating local identity, to see this would make you think he’s suffering a medieval punishment, but it’s actually a great honour to be selected.

Another suggestion is that the Burry Man is a scapegoat figure, the burrs representing the guilt of the village being collected and driven out.

It was also in August that the god Odin sacrificed himself on the World Tree to gain knowledge of the runes. He hung there for nine days and nights, staring into the abyss, pierced by a lance and losing one of his eyes in the process.

The grape harvest as well as grain begins at Lughnasa. Whereas bread is viewed as the body of the sacrificed god, wine is his blood. The ancients thought that the state induced by wine was a sacred one.

In the myth of Dionysus (Bacchus), Hera would try to smuggle him as a child, and later in his life drove him insane. His festivals were the Bacchantia, celebrated by those who used alcohol to overcome inhibitions that social conventions would not normally permit. Dionysus was a god that defied social order, broke taboos and customs and gained knowledge through divine madness. He was attracted to the night and dark places.

Scathach was a warrior queen whose name meant “The Shadowy One”.  She lived in Western Scotland and ran a training academy for young warriors.

A strong and fiercly independent woman who was respected and revered by the warrior society.  She is an otherworldy character and her granting of the Gae Bolga to Cuchulainn is strongly reminiscent of the Lady of the Lake granting Excalibur to Arthur.  Through her instruction he became the champion for all Ireland while she herself remained famed for her own skills and magic.

Described as a witch and a prophetess, she was titled the Amazon Witch Queen. She knew every art of war and every weapon, every trick and every strategy. She was also a Druidess and mistress of the arts of magic, prophecy and shapeshifting.

Although not always seen, her mourning call is heard, usually at night.

In 1437, King James I of Scotland was approached by an Irish seeress or banshee who foretold his murder at the instigation of the Earl of Atholl. There are records of several human banshees or prophetesses attending the great houses of Ireland and the courts of local Irish kings. In some parts of Leinster, she is referred to as the bean chaointe (keening woman) whose wail can be so piercing that it shatters glass.

She usually wears either a grey, hooded cloak or the winding sheet or grave robe of the unshriven dead. She may also appear as a washer-woman.

Her name is connected to the mythologically-important tumuli or “mounds” that dot the Irish countryside, which are known as síde in Old Irish.

The banshee is often described in Gaelic lore as wearing red or green, usually with long, disheveled hair and  is seen as an ugly, frightful hag.

They are said to stand on the branches of trees under the eerie light of a full moon.

The Witches of the past learned their magic from the fairies, meeting them in the woodlands and fairy mounds that ordinary people avoided. Given herbs, potions, and the secrets of the Craft. In the woodlands, following a path deep into the heart of the greenwood. 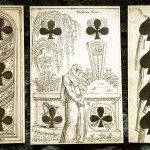 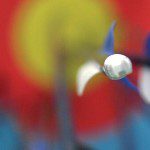 July 29, 2016 Hills of the Horizon: The Village Games
Recent Comments
0 | Leave a Comment
"Could this come from the ancient art of Ogam. Druids would use trees and how ..."
Shanette Strizek Oak, Ash, and Thorn: the Evolution ..."
"It wasn't until I began to practice a higher form of Witchcraft known as Ceremonial ..."
Brenda Keitt The Balancing Path: Scientifically Minded Witchcraft
"Do you believe that people should be allowed to say and do whatever they want ..."
MrFribbles Beyond Binary Witchcraft: In Praise of ..."
"Several people have been 'cancelled' and their career has been ruined in the last few ..."
BrainSync Beyond Binary Witchcraft: In Praise of ..."
Browse Our Archives
get the latest from
Agora
Sign up for our newsletter
POPULAR AT PATHEOS Pagan
1