About once a year or so, a multi-question devotional polytheist meme goes around the blogosphere. I enjoy these because they encourage and inspire me to dig deeper into my own tradition and version of polytheism. Delving through some old posts this week, I came across this question from Galina Krasskova’s 2014 Devotional Polytheist meme:

What does your tradition do to increase the power and flow of blessings?

This one is particularly relevant to me at the moment as I’m in the middle of a 30 Days project dedicated to Njord, Norse deity of fishing, generosity, prosperity, and wisdom. So, how do Heathens ask for and receive blessings? And from whom do we ask them?

The “from whom” part is pretty easy–we ask the Gods, ancestors, or landspirits for Their blessings. The “how” part can get a bit controversial, though. 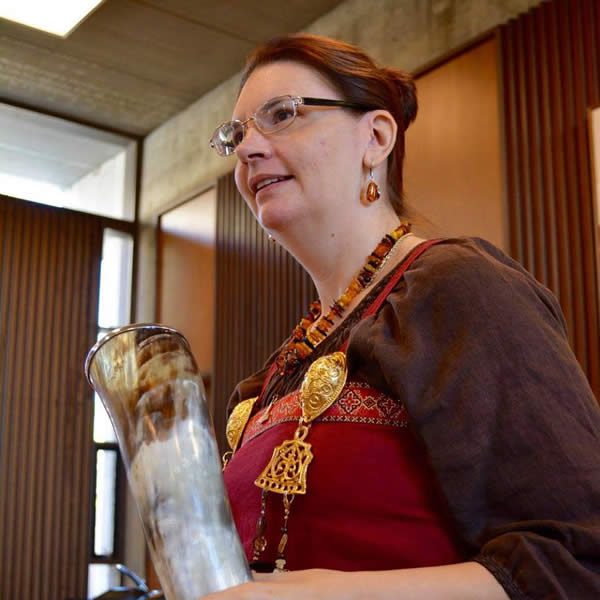 In other words, we explicitly tell the Gods what’s going on in our lives, ask for Their help, and give Them honor.  I’ve heard that praying is talking to the Gods and that meditating is listening for their responses. I’ve always considered myself blessed to be part of a spiritual belief system that allows for the fact that the Gods might talk back, in one form or another.

While I consider prayer a natural outflow of my Heathen practice and my relationship with the Gods, ancestors, and landspirits, a certain subset of Heathens have a knee-jerk reaction to anyone even mentioning prayer. It’s one of the more ludicrous attitudes I’ve seen in Heathenry. Usually, the people who I see give this attitude are the tough-guy, we-don’t-bow-to-nobody types. But, come on. Of course we pray. What do you think we’re doing at a blot or sumbel when we honor the Gods, tell them what’s going on, and thank them for their help? I’m not entirely sure what these Heathens do in their practice, but I wouldn’t be surprised if it actually involved something suspiciously similar to praying.

Galdr is the ritual chanting of the runes with the express purpose of invoking their power–to heal, lend strength, draw something to you, whatever. Also, historically, they were used to cast “battle fetters” upon an enemy. (Isn’t that a cool image? I can just see a bunch of crazy Norse women standing directly behind the battle line, chanting and sending out negative magic against their enemies. Celtic types, bring it on!)

When I think of galdr, I think usually think of it as something we do as a community on someone’s behalf (like the battlefetters, in a way). For example, if someone has cancer and we as a community want to send healing or strength to that person, we would gather together and galdr for them. That’s not the only way it is used, however. My experience over the years has been that pretty much anything that involves using runes in magical context will likely be augmented with some gadring at some point. As with anything runic-based, the blessings can be seen as coming from the runes themselves, or that the runes are just a vehicle for the blessings that the Gods and ancestors are giving to us.

Bindrunes are two or more runes, which, when combined, blend the energy of the runes involved. This is a very useful tool, as the runes often need to be used in conjunction with one another to better address your specific need. They also concentrate the power of the runes involved and become a good focal point for your intent. There are a wide variety of theories as to how one should be created; to me, it makes most sense just to combine the relevant runes to tailor them to your specific goal. Other people write out a word in runes and then combine those runes into one bindrune. (I’m not a fan of this approach because it looks messy, and it also seems to me to just be a Norse-ified version of numerology.) Once created, they can be drawn on objects or people, and as I mentioned above, can be combined with galdering.

You have to have a very clear intent while making bindrunes, though. Aside from looking messy, even if you only include two runes into your bindrune, it can easily end up looking like every other bindrune in existence. People who see your bindrune will probably have this type of reaction: “So, er, this is two Raidhos put together, facing each other. Hmm, no, wait–it’s Othala plus Isa. Oh, it’s Tiwaz plus Gebo, you say? My bad.” There’s only so many ways straight lines can combine. Always do your research and be very clear about which meaning you’re aiming for. This is not a time to be sloppy with your magic or spell-casting.

We Ingest the Runes

Back in the day, this was done by inscribing the runes on some tree bark and then scraping that bark into your mead or food. Personally, I like to use baked goods for this purpose, inscribing runes into the dough and galdring over them. At feasts, sumbels, or blots, people often draw or galdr runes over food and then imbibe it; and some use galdr to infuse the contents of the horn at a blot or sumbel so that those attending can ingest it.

I’m not entirely sure if this fits within the scope of the question, but Old Norse and Germanic cultures (as well as many others) had very strict cultural norms around how to be a good guest and how to be a good host, and warned about the consequences that would befall you if you fail at either. I think the reverse is also true; being the generous, good host will earn you the favor of the Gods, and they will give you blessings accordingly. Thus, any blessings you give out while hosting will be returned to you when you yourself are the guest at an event.

Blessings can take many forms and come from many places–sometimes asked for, and sometimes not. There are many places where you can ask for and receive these gifts from the Gods, ancestors, and landspirits. Make sure to claim your share of the blessings by actively participating in this exchange between us and the Heathen powers that be. 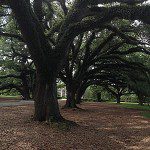 August 11, 2016
Outside the Circle: Top Ten Magickal Facts about Trees
Next Post 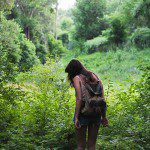