Wyrd Words: Did the Vikings Have Totem Animals?

Greetings, and welcome back to Wyrd Words. Keeping the Thor in Thursdays, here on Agora!

There’s an interesting debate that I’ve seen drifting about the edges of the Heathen community for years, and (interestingly) it’s one of the only topics that I’ve ever seen debated more often in person than in the general Heathen “Blog’o’sphere”. Did the ancient Heathens have some concept of a “spirit guide” or “totem animal?” I’ve met plenty of Heathens who are perfectly happy to tell you all about their spirit animal, and I’ve also seen plenty who seem offended by the notion; claiming that such an idea is a holdover from Wicca rather than a “proper” Heathen practice. So what does the Lore have to say about it?

Actually the Lore totally supports the idea, just not in the way that most people probably think of them. When most Americans hear something like “Totem Animal” they tend to envision an oversimplified and generalized Native American concept of a spiritual guide; usually with some kind of inherent lesson or values based on species. (An idea that usually bears very little resemblance to any actual indigenous American practices.)

The Lore is filled with references to beings called fylgjur. Usually seen in dreams or visions, fylgjur usually foreshadow the arrival of important people or events. Never an image to be conjured lightly, the arrival of a fylgja is always an indication of fate in the making. In “Brennu-Njáls Saga” Þórður had a vision of a dead goat, covered in its own gore. Njal told him there was no goat there at all; that Þórður must have seen the death of his own fylgja (considered an ill omen), and was thus fated to die. Then, in “Hávarðar Saga”, Atli has a dream about a pack of seventeen wolves descending upon him, being lead by a fox. This dream foretold the arrival of an army, lead by a cunning sorcerer. Likewise in “Þorsteins Saga” we see an enemy leader and his two sorcerous companions appear in a dream as a great bear accompanied once again by two foxes.

Sometimes these fylgja were even portrayed in a much more tangible way, such as in the climactic battle at the end of “Hrólfs Saga Kraka”. In that tale, Bödvar Bjarki was said to have sat motionless back in his quarters, controlling a great bear that defended the king and slaughtered enemy soldiers. Or in “Óláfs Saga Tryggvasonar”, when young Þorsteinn ran into the hall and seemed to trip over nothing at all. Geitir, who was gifted with ‘the sight’, told him that his fylgja (a white bear cub) had trundled out in front of him and he had tripped over it. The idea of animal spirits representing one’s character are both plentiful and prevalent throughout the Sagas and beyond. Even Odin’s ravens, Huginn and Muninn, could potentially be seen as the Allfather’s fylgjur.

So What Exactly IS a Fylgja?

Unlike the common conceptualization of a spirit guide or a totem animal, a fylgja isn’t an independent spiritual entity so much as a reflection of the person it’s attached to. As opposed to the usual idea of a spirit guide, one isn’t chosen by their fylgja; rather, one IS their fylgja. The shape that the fylgja takes isn’t really an indication of some life lesson to be learned, as it is a glimpse into the innate character of the person whom it represents. In Atli’s dream, the cunning fox was a sorcerer. Bödvar the Berserker’s fylgja was a mighty bear. Thieves and outlaws might be represented by wolves, while someone who was strong but tame by nature might be represented by a bull.

The Norse and Germanic cultures didn’t have a unified concept of a ‘soul’, instead each individual was a complex collage of various elements. The fylgja, in many ways, is our deepest self. Stripped of our complex thoughts and emotions, devoid of our agendas and motives, the fylgja is the base nature around which our more nuanced concept of self is built.

If you’re interesting in learning more about Fylgjur, check out: 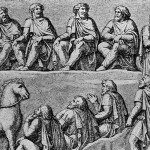 August 31, 2016
A Lakeside Hearth: Organized or Independent?
Next Post 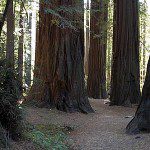 September 2, 2016 Adventures in Wortcunning: The Keek-Stane (Part 2)
Recent Comments
0 | Leave a Comment
Browse Our Archives
get the latest updates from
Agora
and the Patheos
Pagan
Channel
POPULAR AT PATHEOS Pagan
1