Happily Heathen: Dealing with Discrimination – What’s An Inclusive Heathen Supposed To Do?

I’ve been Heathen since 1999 (which, if you’re counting, is 17 years at this point). I’ve talked to a lot of Heathens. I’ve been to a lot of Heathen events. I’ve followed and participated in a lot of email threads and blogs over the years. I’ve watched as cycle after cycle of the “Who can be Heathen?” discussion went around. I’m tired of it.

You may be, too. Or you may not have strong opinions either way, because hey, it doesn’t affect you directly. Or does it?

“There’s No Racists in Asatru!”

Discrimination, and in particular racial discrimination, directly affects us all in Heathenry, whether we want it to or not. It affects us from the small group level all the way up to the international organizations. (Raise your hand if you have ever had to explain to a non-Heathen–Pagan or not–that you’re not a racist Neo-Nazi skinhead.) It’s so ubiquitous at this point that I’ve built it into my 30-second Heathenry description: “We worship the old Norse gods, but we’re not racists!” That’s what people think, however. We can’t avoid this association. Our thoughts and actions, and the thoughts and actions of those people who represent us, have consequences. And whether we like it or not, being unclear about our stance on discrimination in Heathenry is an action, albeit a passive-aggressive one.

Don’t think so? Let me break it down.

Imagine that I’m a new Heathen. I’ve read a bunch of Norse mythology books (or I’ve watched Vikings on TV, or I have the Gods knocking on my head–take your pick). I’m very happy to have found Heathenry and I’m really excited to connect with other Heathens and learn from them. I finally get over my nervousness and attend a couple of events near me.

At the first group I attend, taking my advice from the Havamal, I keep relatively quiet and watch how the group operates. This particular group has people from all different walks of life: there are people of color, different sexualities, different ways of appearing, ability levels, etc. Everyone is integrated into the group to the point that these superficial differences don’t matter. The people are friendly and hospitable, and they throw a great potluck to boot. I feel this is a great group and decide to come back.

The second group I visit is a bit different. Everyone there is white. Not only are they all white, they are all  “manly” men and “womanly” women; able-bodied, hetero, and relatively young. There’s not much variation in backgrounds or personalities. Though the group is very friendly to me, they are brusque to the other new person, a black woman, and they make snide n-word remarks behind her back. Though they give great, moving speeches at sumbel, the group occasionally makes sexist and racist jokes, and everyone laughs. Overall, the event has the feel of a football locker room, and I feel very uncomfortable.

Seem unrealistic? Well, I had both of those experiences my first year as a new Heathen in Kentucky. The first group, I stayed with. The second group, I never saw again.

I’m one of the thousands of white, hetero-looking, cis-normative Heathens. (Or, as the Asatru Folk Assembly would label us, “masculine men, feminine women, and beautiful white children.”) I have Swedish, Norwegian, and Germanic ancestry. Though I’m bisexual, I appear straight. I’m a woman, and sometimes I even look girly. At face value, I am the person that those exclusive, bigoted Heathen groups want. I qualify!

And you know what? I don’t want it. There are a dozen reasons why I would never fit in one of  those groups. I don’t think all of this ancestry or skin color stuff should be the sole basis for anyone’s “spiritual legitimacy.” I don’t think anyone’s sexuality or gender identity has any bearing on how the Gods view us, or how well we honor the ancestors. In my opinion, what the Gods and ancestors do care about are our words and actions.

Define Your Heathenry (Before Another Group Does It For You) 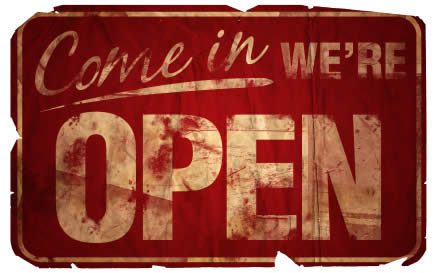 The biggest problem I had, aside from being really uncomfortable with the second group, is that even years later I am still sometimes not able to tell what kind of group is in charge until I show up at an event. Will it be inclusive? Would I be safe to be me at these groups? What if I brought my friends who were people of color, different sexualities, or transgender—would they feel safe or comfortable? (These people are my kith and kin, my inngard, after all.) Even then, it sometimes takes a year or longer for a group to really show its true colors. This lack of clarity makes showing up at any Heathen event (or even an online group) a risk. This can turn out to be a very dangerous risk, depending on who you are and what group you end up visiting.

Your group or kindred, when it comes down to it, may be welcoming to people of all colors, backgrounds, and sexualities. You yourself, though you may have your own opinions about the role ancestry has in Heathenry, might not think that lack of ancestry should stop other people from honoring the Heathen Gods. If so, great! However—

How is a person supposed to know this? Many of the groups who are extremely strict about “ancestry” or who are outright racist don’t say so explicitly, either online or in person. It’s assumed that you can get the message by reading between the lines. If your group doesn’t explicitly state that all people are welcome, including people of color, LGBT people, etc., then new Heathens can legitimately assume that your group might be one of those groups.

It sucks that some other group whose very public leaders have for decades explicitly and covertly espoused racist beliefs have soured everyone else’s understanding of Heathenry. It’s sad that we have to fight against that perception constantly, but you know what? We have to do it. We have no choice. The only thing that staying silent will do is let the other groups define us. We need to define ourselves, instead.

Everyone obviously has the right to believe whatever they want to believe and honor their Gods as they see fit. However, our thoughts and actions, or inactions, always have consequences.

It’s on us to promote inclusive Heathenry. It’s on us to host events (large or small), run FB groups, write blogs that explicitly state our views on racism and anti-LGBT attitudes. How does your group let LGBT people and people of color know that you welcome all open-minded people?

You have to state it explicitly. We can’t read your mind. We’re are only human, after all.

Author’s Note: Huginn’s Heathen Hof has created Declaration 127, a statement based on Havamal verse 127 which states: “When you see misdeeds, speak out against them, and give your enemies no peace.” This declaration a way for those inclusive (Universalist) Heathens and non-racist Folkish Heathens to show support for inclusivity in Heathenry, and specifically against the AFA. Please consider signing if you agree and would like to be counted with those groups who stood for inclusivity and against bigotry in Heathenry. 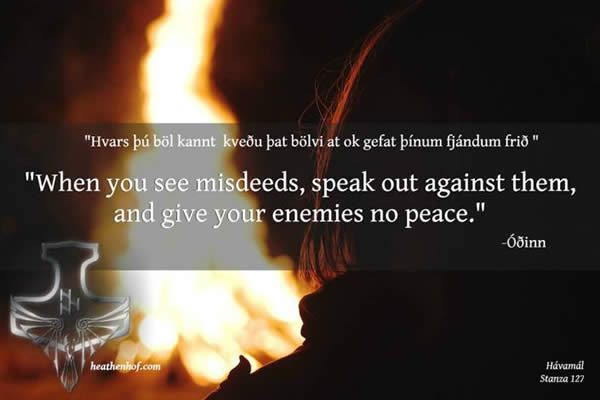 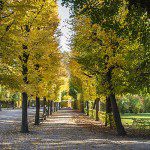 September 8, 2016
Outside the Circle: Meet the Dark Shadows of the Autumn Equinox
Next Post 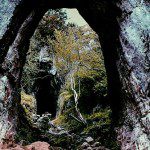 September 10, 2016 The Path of She: A Fall Equinox Mystery - Persephone and the Ways of the Sacred Feminine
Recent Comments
0 | Leave a Comment
"I can't wait for your book in progress to be available! It sounds right up ..."
Kaia Rose Simple Witchery: Practicing Self Care When ..."
"Thank you for this post. It was a long and thorough article and I can ..."
Amy Meert Parenting the Divine: Teaching the Joy ..."
"Hey! Hex covid not the Fae!"
Pitch313 Irish-American Witchcraft: Hexing the Fae, Anthropocentrism, ..."
"Oh Woman, you are playing my song. I am deep into a 6 week sourdough ..."
Desmerelda The Corner Crone: Lammas and the ..."
Browse Our Archives
get the latest from
Agora
Sign up for our newsletter
POPULAR AT PATHEOS Pagan
1