There was a discussion about John Halstead’s article, Gods Save Us from Bad Pagan Rituals: 10 Signs You’re Half-Assing Your Mabon Ritual, in my local community and it reminded me of a quote.

This quote in relation to public pagan practice comes up frequently. Teo Bishop wrote about it way back when, Star Foster explored it here, and it’s also something I’ve been a proponent of vocally many times in my community.

I personally enjoyed most of the content of Halstead’s article, and I think some of these are valid criticisms, but I also agree with folks in my community who’ve expressed that having a high standard doesn’t give you the right to go measuring others by them for the sake of expressing frustration or humiliating people. One person writes, “Feedback versus criticism is an important distinction.” Pointing out Halstead’s blame of interest in devotional polytheism, a community member goes on to say that attitudes like Halstead’s is what drove them toward eclecticism and away from Wicca and general neopaganism rather than bad rituals as he suggests. To be fair, not everyone has this experience with Wicca, and I’ve certainly seen shaming in devotional polytheist communities, along with poor polytheist rituals. So I don’t think making distinctions between neopagan and polytheist branches based on competency works well.

Shauna Aura Knight writes, “Pagan communities need excellence.” in her article on the topic and I agree with her on that point. Because I believe that magic is in liminality and fractal recursive mirroring of the macrocosm inside the microcosm, I wanted to apply the standards of Halstead’s article to itself. That is to say, I think he sets standards on interacting with pagans in ritual, but unfortunately, I don’t think his article meets his own standards of effectiveness and competence.

My distillation of his three main points center around laziness, lack of preparation, and settling on the formulaic to just scoot by doing only the minimum. Though these are valid criticisms, I think this article rests on conventional shaming as a tactic, lacks the preparedness needed to inspire excellence, and is lazy in its generosity toward pagans and the factors of their daily lives that lend to this problem. Standards are certainly great to have. And, like the 9 virtues, using them to judge rather than to live by can come across as shaming. Chronic shaming is poisonous to public spirituality and religion. Shaming pagans for the reasons cited, while sincere in its mission, lacks the competence to effectively address the issue. I have nothing against Halstead, and I’ve enjoyed some of his other articles, however, I think we as leaders would do better in seeking to resolve this problem by inspiring others vs shaming them.

We all have the tendency to shame, but we know better. I and other people in my community feel there is a better, more solution-centric, approach that leaders can choose to take when giving constructive criticism. A good place to begin improving the status quo is to afford compassion for those whose inner fires might need rekindling from burnout, disenchantment or disenfranchisement.

I think people value suggestions and resources over being made to feel they are ‘doing it wrong’. While not meeting your ritual goals effectively is a kind of “doing it wrong,” ritualists and liturgists improve better why the have encouragement, competent ritualists to look up to, and unlock improvements themselves. Halstead’s article isn’t ‘doing it wrong’ if his goals were to reach only the audience who responds well to shaming. But I’m not sure that is the majority demographic of the pagan community. I think it doesn’t do well to solve the problem. Criticism would better serve people if it included resources or suggestions to fix the problem. One good resource on improving ritual is Isaac Bonewits’ Neopagan Rites, which walks the reader through qualities of ritual that often go unexplored.

In conclusion, I think we should look at how the community responded to Halstead’s article, as an example of why sincerity does not equal competence. And though the article is sincere in its frustration, it doesn’t do well to competently address the issue. The leader’s advice I would readily follow would ignite my inner fire and teach me to kindle it. Such truly wise advice, to me, is as fulfilling as meal and a hospitable fire to a traveler amidst cold and treacherous road, but it certainly doesn’t come in the form of pokes and jabs.

If interested in best practices and excellent approaches to leadership, I recommend pagan leaders get a hold of Sean Harbaugh’s ADF Leadership Manual. 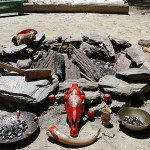 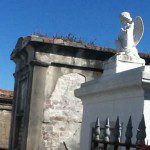 September 22, 2016 Outside the Circle: Why Stealing Bones Matters - The Aftermath Of Stupid
Recent Comments
0 | Leave a Comment
Browse Our Archives
get the latest updates from
Agora
and the Patheos
Pagan
Channel
POPULAR AT PATHEOS Pagan
1