Gods Save Us from Bad Pagan Rituals: 10 Signs You’re Half-Assing Your Mabon Ritual 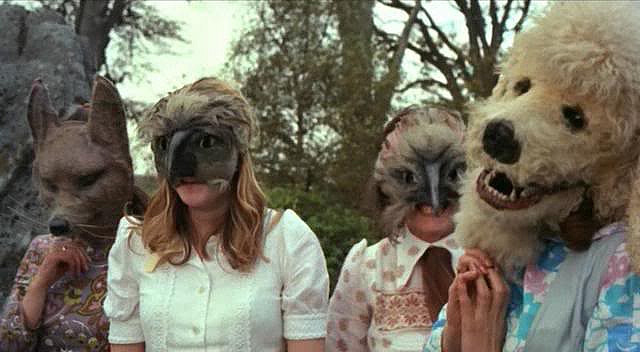 It’s September 1st and we’re coming upon on Mabon season.  People are starting to plan rituals.  Or at least think about planning them.

I have been fortunate to have attended some great Pagan rituals.  But, gods know, I have suffered through a lot more rituals that were just terrible. I think most of you probably know what I’m talking about.

I know fellow-Patheos blogger, UU minister and Wiccan priestess, Rev. Catharine Clarenbach knows what I am talking about.  She wrote recently about the contrast between the her own Pagan practice and some CUUPS rituals she had attended, which she describes as “tepid at best, and disorganized and appropriative at worst”, and which, she says, don’t get any more powerful than “writing wishes on flash paper and lighting them from the chalice or, at best, an eight-inch cauldron”.

It’s not just CUUPS though (and to be fair, there are some CUUPS groups that are delving deeper — John Beckett appears to be doing amazing ritual work in Denton CUUPS).  I find this mediocrity to be endemic to public Pagan rituals large or small.

For a long while, I have believed that this was due to a lack of training and education in ritual planning and execution.  And that’s definitely part of it.

But increasingly, I’m thinking that there is another factor at play … laziness.

Now, I don’t consider myself a great ritual facilitator by any measure.  But I have never half-assed a ritual.

Here’s some signs you may be half-assing a ritual:

The picture above is from the 1973 film The Wicker Man. We can debate whether it is a good movie or bad movie (I think it’s so bad it goes out the end, comes back around, and becomes good again).  In any case, the ritual at the end is really good — well, you know, except for the homicide part.  Notice how none of the signs above are present in the procession or the finale.  No one wanders in late to the Wicker Man ritual!

Listen up, fellow ritual planners.  I know you’ve conducted over dozens or even hundreds of Wheel of the Year rituals.  And I know you feel very comfortable with your old standby formula, but it’s killing us.

All the time, more and more people are being drawn from Neo-Paganism to devotional forms of polytheism.  And that’s fine, but you have to wonder why people aren’t finding their home in Neo-Paganism any longer.  I think a big part of the reason is that so many of our rituals just suck.

Devotional polytheist rituals work because they take themselves seriously and they strive to connect with something beyond themselves.  But ritual does not need to be devotional to do this.  It need not even invoke deities to be powerful or transformative.  But it does need to put us in connection with something bigger than ourselves — whether that be the Earth itself, the wider Cosmos, the community of more-than-human beings, our deeper Selves, or even just one another.  Good ritual takes us out of our little isolated egos and expands our souls.

And you can’t do that on the fly!

Your lame quarter calls and your boring Mabon sermon from last year are just not going to get people there.

Let me suggest a radical idea: It’s better to not do a ritual at all than do a bad ritual.  If it gets close to time for your Mabon ritual this year, and you don’t really have time to plan the ritual, and you’re tempted to half-ass it … just don’t.

September 5, 2016 Lowered Expectations Is Not the Answer to Bad Pagan Rituals
Recent Comments
0 | Leave a Comment
Browse Our Archives
Related posts from The Allergic Pagan