The Allergic Pagan: My search for the sensible transcendental

My seasonal allergies mean that at those times of the year I most want to worship surrounded by nature, it is difficult, and sometimes impossible, to do so. This irony is a metaphor for an essential conflict at the core of my psyche, between the desire for communion with nature on the one hand and the desire to transcend nature on the other. It also reveals one of the many practical difficulties of practicing Paganism when I get out of my armchair. This blog is where I expose the “warts and all” of my private Pagan practice: my successes, my failures, and all the rest (most of it really) which falls somewhere in between.

Please add your comments to any post, new or old, in the comments section.  But keep in mind these rules of etiquette for interfaith discussions (and all discussions about religion are interfaith on some level). 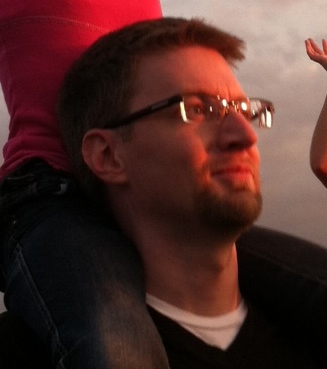 John Halstead is Editor-At-Large and a contributor at HumanisticPaganism.com. He blogs about Paganism generally at AllergicPagan.com (which is hosted by Patheos) and about Jungian Neo-Paganism at “Dreaming the Myth Onward” (which is hosted by Witches & Pagans). He is also an occasional contributor to GodsandRadicals.org and The Huffington Post and the administrator of the site Neo-Paganism.com. John was the principal facilitator of “A Pagan Community Statement on the Environment,” which can be found at ecopagan.com. He is a Shaper of the fledgling Earthseed community, which is described at GodisChange.org. John is also the editor of the anthology, Godless Paganism: Voices of Non-Theistic Pagans.