Hills of the Horizon: The First Primal Ally

The wolf: arguably the most common animal tutelary or ally spirit. Certainly, if one dips a toe into the realm of people who do anything at all with animal spirits, the wolf comes up rather a lot.

And part of this is of course the appeal of what’s referred to as “charismatic megafauna“–the big animals that people tend to develop attachments to. But I think it runs deeper than that, speaking to something deep in the human psyche.

The wolf, after all, is part of the process by which we became human.

Let’s go back in time for a moment here, to when the early proto-humans were wandering Africa. Humans are endurance hunters; we have the ability to lope for literally days, if properly prepared (and in shape!). When we combine this with our cognitive ability to pick out a specific animal from the herd, basically humans hunted by following specific animals at a steady trot until the antelope in question gave up and died of exhaustion. (Animals like antelope survive in part because most predators can’t distinguish one from another easily, so a tired animal will get ‘lost’ in the herd and the hunters will go after a more rested sprinter.)

You know what else is an endurance hunter?  The wolf.

Basically, the wolf was the animal that hunts like we do, by following things until they give up.

And I don’t know how it happens, but if you study the fossil record from the right angle, you’ll see some interesting stuff. Wolves and humans may well have domesticated each other–both developing neotenous features (looking cute and childlike), for one thing, but also obvious biological partnership–this is the time period in which the human sense of smell attenuated.

The modern human came into being in the context of a developing partnership with the wolf. And if one believes in animal spirits, one can be pretty sure that Wolf remembers about that, even if Dog is carrying most of the load these days.

There is a huge amount of folklore that ties dogs and related canids to death, liminal spaces, and travel. The UK is full of black dog myths: the Barghest, the Grim (which was of course drawn from for the composition of one of the Harry Potter books; “Padfoot” is the name of yet another black dog), the Yeth Hound… the list goes on. The Cu Sith is green rather than black; the Cwn Annwn are white with red ears.

But the lore isn’t limited to the UK. There’s Cerberus, the three-headed dog that guards the way to Hades’ realm. (His name, by the way, means “spotted”. That’s right, Hades named his dog “Spot”.) Hecate, a psychopomp and traveler of secret ways, is heavily associated with dogs. Garmr is the dog who guards Hela’s realm in the Poetic Edda. The Wild Hunt has manifestations all across Europe, with riders and dogs and all kinds of associated beliefs about death, faerie, the otherworld, heaven and hell and who doesn’t get into either, and so on.

These are the in-between spaces, where you can hear the howling.

Some people suspect that there are so many death-dogs because of the canine tendency to scavenge, including, potentially, digging up graves if that is the easiest way to get food. This is certainly one of the major theories about Egyptian jackals and their association with the dead. They also were known to be liminal beasts, drifting back and forth across the boundaries between the living land of the valley and the land of death and peril, the desert, where the dead were buried.

The Egyptians had two words for the category of animal into which the jackal and the wolf both fall: “sab” and “wonsh”  which are usually translated “jackal” and “wolf.” Both of them appear to have meant “bushy-tailed wild canids,” with some nuanced differences in when they were used and what they may have meant.

And those animals were associated with gods of wayfinding and psychopompery, just like the wolf and dog often are in Europe. They had the power to cross the lines and go for a walk in the otherworld if they so desired.

And I think it’s that that people keep coming back to. You don’t see people allying with Wolf just because Wolf is charismatic megafauna – but because Wolf is our oldest animal friend, an innate part of our biological history, and has always opened the way to other things, be they life… or death. Or the space in between. 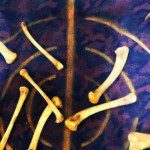 October 27, 2016
Outside the Circle: Samhain Divination & Throwing the Bones
Next Post 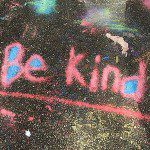 October 31, 2016 Book of Blackbirds: The Politics of Kindness
Recent Comments
0 | Leave a Comment
Browse Our Archives
Related posts from Agora 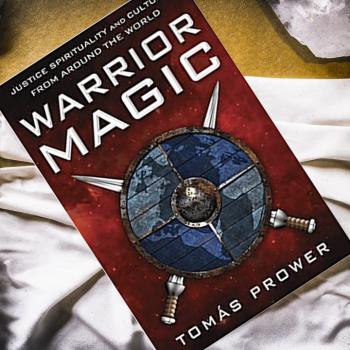