Irish-American Witchcraft: The Morrigan and Samhain

One of the most important myths of the Tuatha Dé Danann occurs around Samhain: the Cath Maige Tuired or Battle of the Plain of Pillars, an epic battle between the Tuatha Dé Danann and the Fomorians. Technically this is the second battle to occur at this location with the Cét-Chath Maige Tuired [first battle of Maige Tuired] against the Fir Bolg having happened previously. The Cath Maige Tuired is the story of how the Tuatha Dé Danann came to be oppressed by the half-Dé Danann/half Fomorian king Bres and his Fomorian relations, and  in seeking to overthrow him the Tuatha Dé Danann ended up in a war against the Fomorians. The Morrigan plays a vital role throughout the story, beginning with her early appearance to incite the god Lugh to rise up and fight. Around the time of Samhain she meets with the Dagda, who she is said in other sources to be married to, and the two lie together, after which she advises him to gather the Aes Dana [people of skill] together while she goes to work destruction against one of the Fomorian kings. The army gathers on the eve of Samhain and the battle is engaged on Samhain itself.  During the fight the Morrigan appears at a pivotal time to encourage her people to fight and they win, driving the Fomorians into defeat. After the battle the Morrigan gives two great prophecies, one of peace and one of doom.

This story itself takes place over an extended period of time, but the key action at the end all occurs around Samhain. We see the Morrigan acting as a force of incitement, helping to give her people victory, joining with the Dagda², and prophesying. From a modern perspective then we have several themes here relating to both the Morrigan and the holiday which someone looking to celebrate a feast day for the Morrigan could work with, and retelling the story or sections of it every year on Samhain in her honor might also be a good idea (this is something we do in my family). I have always had a special fondness for the Cath Maige Tuired, but I also love the Morrigan’s role in it and the way it, to my mind, showcases her powers as a deity of war, magic, victory, and prophecy. The fact that so much of this occurs on Samhain seems aligned with both the themes of Samhain and the Morrigan’s energy, so that there is a beautiful synchronicity to it all.

Another very well known and important story which the Morrigan has a role in and which begins around Samhain is the Táin Bó Cuiligne, the Cattle Raid of Cooley. Although she is not as primary a character in this story she remains a force of incitement and transformation who motivates change, urges warriors to fight, and is a force of victory or defeat. As the raid is beginning, around the time of Samhain, the Morrigan appears to the Donn Cuiligne, one of the bulls³ which is the point of contention causing the raid, and warns him to flee. In many ways her actions in this myth echo her role in the Cath Maige Tuired, although now we see her in a different context as an outsider rather than a being helping her own people overcome oppression.

In a more general sense the Morrigan is strongly associated with Cruachan and the cave of Cruachan specifically, where in turn several important things happen on Samhain. The Metrical Dindshenchas poem ‘Odras’ refers to Cruachan as one of the sí or fairy hills and tells us that the cave of Cruchan is the Morrigan’s home; this cave today is called Oweynagat from the Irish Uiamh na gCat or “cave of cats.”

It’s not known exactly why the cave is named this, but many people attribute it to a story called the Fled Bricrenn – Feast of Bricriu – which mentions three monstrous cats that came from the cave at night. The Morrigan herself is said to emerge from the cave as well as go into it in stories and the cave had such an intense reputation for Otherworldly matters that it has been called by some “Ireland’s Hellmouth⁴.” The Echtra Nerai [Adventure of Nera] is another story which takes place at Samhain at Cruachan, and while it doesn’t feature the Morrigan explicitly she does have a later connection to Nera, or more to the point his cow, and the story does prominently involve the sí of Cruachan.

So we can see that while there is no single historic thing which says that Samhain is the Morrigan’s feast day there is a good amount of mythic connection between her and the holiday as well as between her (in my opinion) most sacred site and the holiday. Certainly people could choose another day and there are other times that have mythic associations as well, but for me there has always been something special connecting Samhain and the Morrigan. Its in her stories, for certain, but its also the deeper connection between the main things I see in her nature, her purviews as a deity of war, battle, death, magic, prophecy, and change and the same things I see in this holiday, themes of death, magic, prophecy, and the turning of the year from one season to another. Just as the Cath Maige Tuired was in some ways about a group standing up and making the changes they needed to improve their situation I see Samhain as I time to decide what to keep and what to let go of, to make the changes in my own life that I need to in order to remove that which may be holding me back or harming me, and the Morrigan will always be a force of necessary change in my eyes. 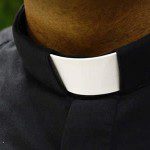 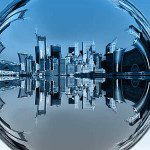 October 19, 2016 Lamp & Labyrinth: A Vision of An Cailleach
Recent Comments
0 | Leave a Comment
"I hope you will have many happy years on your druid path! I am still ..."
WildestSea Salt City Pagan: Things I Haven’t ..."
"This sounds really interesting. I must admit that I'm feeling pretty depressed about the state ..."
WildestSea Pergamum Unfurled: Review – Revolutionary Witchcraft
"Several aspects of your story definitely resonated with me. Thanks very much for opening yourself ..."
Laurie Allen Salt City Pagan: Leaving It All ..."
"Hmm. Reminds me of something I heard in the Jim Henson movie "Labyrinth". The riddle ..."
Amanda Ingalls Salt City Pagan: Lughnasadh 2021
Browse Our Archives
get the latest from
Agora
Sign up for our newsletter
POPULAR AT PATHEOS Pagan
1