In the end of November, more or less, depending on how one tinkers with the calculators, Kemetics celebrate the Mysteries of Osiris. This multi-day festival is, in effect, the funeral rituals for Wesir, and thus serve as the template for all funerals, as all of the dead become Osiris on their route to the West. That is, however, not all it is.

The thing that a lot of people miss in Wesir (Osiris) as God Of The Dead ™ is, of course, that he is a green man. This greenness is fairly literal, as he is often portrayed with green skin, which indicates growth and regeneration, a near-cognate with the color black in Egyptian art, which is the color both of the fertile soil deposited by the Flood and mummified flesh.

A temperate-climate understanding of the calendar makes this easy to miss. This time of the year, things here are getting dark and cold, and it is the fallow time in which very little can be grown.

In ancient Egypt, however, the Mysteries mark the end of the season of Akhet – the flood. The featureless horizon of the river-washed floodplain changes at last, revealing arable land, ready to be tilled and planted. This is not the harvest season, not a festival of the dead like Samhain that comes with the winter slaughter and the last harvests.

This is the season of planting seeds. The dead are interred in the furrows, in order to be concealed for a time, and then sprout like grain, to a new life that offers sustenance to those who remain in the realm of the living.

This is not a poetic riff, some sort of modern interpretation; it is very much how the Egyptians saw Wesir themselves. These reliefs at Philae show grain sprouting from the mummified form of the god; there are other representations of the same thing that have everything sprouting as grain except – in the correct location – an erect penis standing in for one of those stalks. In case the connections were not clear enough for the casual observer.

(The earthiness of much of Egyptian thought is something that I think a lot of people manage not to notice.)

The fourth month of the year, the last month of Akhet, is a month of purification. The Mysteries must, above all things, be protected, because they are the turning point of the regeneration cycle. Without Wesir safely established in the Duat, the sun cannot undergo the midnight union with him to emerge anew, and the cycles of regeneration and restoration will inevitably fail. It is appropriate to speak in veiled terms and allusions to the Weary of Heart, to circumscribe his delicate condition with safe language and hem out dangers.

The surviving festival calendar at Medinet Habu has the Mysteries as an eleven-day festival of Sokar-Wesir, with each of those days having a specific name to address the rituals of that moment. Day three? Hoeing the earth. Karnak’s calendar has this as “hacking up earth”. The intent is clear, though: to dig a grave is to prepare to plant a seed. In some versions of the story fragments we have, the act of hacking up the earth – khebes-ta in the Middle Egyptian language – came about because of the struggles between the Rivals, Heru and Set, whose feet ripped up the ground as they wrestled, leaving sacred pools and furrows in their wake.

It is here that I find a thing that lets me keep to this schedule, despite its obvious inappropriateness with my northern-hemisphere temperate climate.

I once had a mystical experience with Wesir, and he gave me this thought:

The seed waits in the dark
Until its time of emergence.

(“Emergence”, here, is a bit of word play, for Peret, the growing season that stretches through what I would call winter, literally means “emergence” or “appearance”.)

I am entering the dark time of the year, the part in which the seeds incubate in the dark, in the secret places where none can see. This is the season for planting seeds, not knowing how well they will grow. Their time of emergence will come, but now they must be planted, and they must be protected – Wesir in his vulnerability requires all the powers to come together to shield him from those who would make his death permanent and stop the sprouting of the seed, which goes into the ground as inert and unassuming as a corpse.

Some versions of the celebrations tie this together very explicitly, mixing grain and Nile silt in a container shaped like a mummy, and producing corn dollies which would, of course, in the proper conditions, sprout. (I have heard of people taking divination from the results of such constructions, I think, but of course it was years ago and I have lost the footnote.)

The Mysteries flow into two festivals, depending on time period and space, to open the season of Peret. The earlier one of these, the Nehebkau festival, speaks of the Binder of Kas, whose duty was to link together the souls even after death, and establish right relationship between them. The other, the Installation of the Sacred Falcon, or the Coronation of Heru, involves the selection of a bird to be installed upon the throne of Heru (Horus), to reign as his manifestation for a year. This was a festival which may have originated later in Egyptian history, when the native priests might have been feeling a bit snarky about the Greek monarchs who were, after all, officially manifestations of Heru.

Either way, the liminal time of the Mysteries is settled with an act of binding – souls into a proper constellation of relationship, or a king-symbol to his throne and status, ending the disruption of the existence of a dead king by establishing a living one.

This is the season we can plant mysterious seeds, and protect them in the dark and the cold, and bring them forth in their time of emergence. 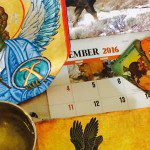 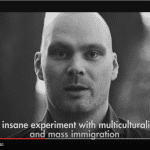 December 1, 2016 Wyrd Words: Challenging The Rhetoric
Recent Comments
0 | Leave a Comment
"Nuummite is somewhat younger than Issua stone, which is ~3.7-3.9 GYA. I would classify these ..."
Gordon Cooper The Corner Crone: Working with Nuummite
"I noticed that too. They are often confused. I have a nuummite pendant I wear ..."
Shelly The Corner Crone: Working with Nuummite
"I can personally see why Holly Black omitted the enchanted log form of changeling, because ..."
Angeldude Irish-American Witchcraft: Why the Roots of ..."
"Such sad notices, and all because a Certain Middle-Eastern Religion has made these special people ..."
Kyllein MacKellerann " Between Two Worlds: Transgender Day of ..."
Browse Our Archives
get the latest updates from
Agora
and the Patheos
Pagan
Channel
POPULAR AT PATHEOS Pagan
1