Greetings, and welcome back to Wyrd Words. Keeping the Thor in Thursdays here on Agora!

Recently over at Huginn’s Heathen Hof, I wrote a piece about a Swedish Heathen organization call Nordiska Asa-Samfundet. This is an organization that the team over at HHH has been watching carefully for some time, but recent events inspired us to finally come out with all of the information we’d gathered. The group has recently become one of the largest Heathen organizations in Sweden, after gaining legal recognition from the Swedish government, and claims to support an open and inclusive community ethic while eschewing any political agendas. This sounds wonderful on paper, but unfortunately, the evidence doesn’t seem back the party line. 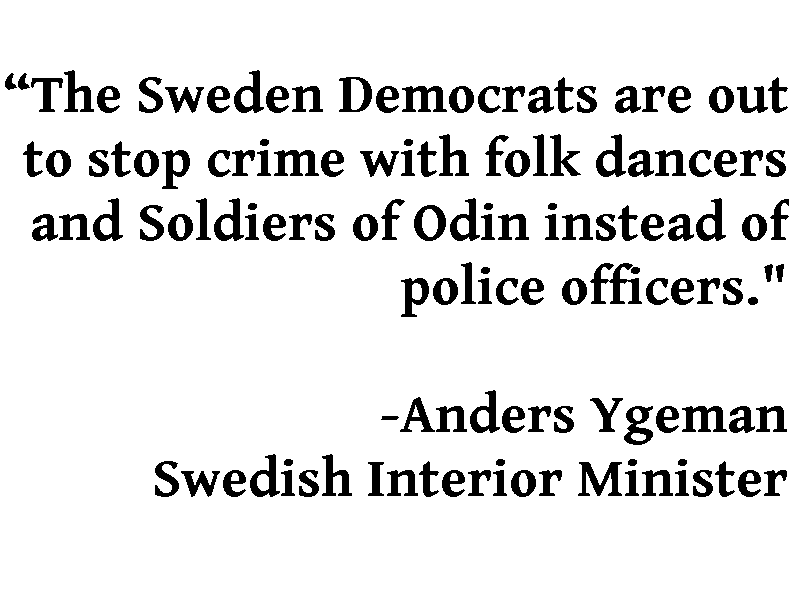 For example, for an organization that claims to be entirely apolitical isn’t it strange that almost every member of Nordiska’s listed leadership is either a current or past member of the same political party, known in Sweden as Sverigedemokraterna or ‘Swedish Democrats’ (abbreviated SD). The SD runs on an anti-immigration platform that many Americans might recognize as being similar to the standard rhetoric of the Tea Party, and Swedish governmental reports have referred to the party as openly xenophobic. Now on its own, a general shared political leaning would hardly be problematic or even terribly surprising, so long as they were honest and open about it. The issue is that an in-depth look at the leaders of the organization also quickly revealed a number of other troubling associations.

Things like Nordiska’s resident ‘Theologian’, Omar Richter, taking part in this SDU advertisement in which he declares ‘multiculturalism’ to be an ‘insane experiment’. The SDU is the former youth branch of the SD party and was actually officially expelled from the SD in September of last year; in part because of its inconvenient ties to several radical Neo-Nazi groups. Then there are other inconvenient details like multiple members of the leadership belonging to an online group called “Vi som vill förbjuda Forn Sed Sveriges arbete mot det Nordiska urfolket“, translated “We who want to ban Forn Sed Sweden’s work against the Nordic natives” (a group which was deleted after it was outed in the Swedish paper ‘Dagen’, but you can see the web cached version HERE). This group, which was focused on attacking Nordiska’s largest competitor Forn Sed Sweden, was organized and hosted by Sibbe Bladh-Hvass; an AFA employee with connections to a number of Völkisch groups and pages. For that matter, this group which claims to be so open and accepting seems to have an awful lot of crossover with the American based “Asatru Folk Assembly”.

Since posting this article, HHH has been FLOODED with comments from NAS members and leaders, accusing us of everything from flat out lying to being part of an elaborate conspiracy headed by Forn Sed Sweden. Despite the growing mountain of evidence, NAS firmly maintains its innocence and continues to insist that it is simply being targeted by a smear campaign headed by those who are jealous of its membership numbers. So in the spirit of optimism and giving the benefit of the doubt, I’m offering a challenge to the leaders of Nordiska Asa-Samfundet. Think of it as an opportunity to prove me wrong and force me to print a retraction!

You claim that you and your organization are not racist in any way, and have nothing to do with any of the nationalist and/or Neo-Nazi parties to which you have been linked. The NAS maintains that it is open to anyone, regardless of their ethnicity, politics, or orientation. So answer me this, if you discovered a member of your organization was a racist, what would you do? What if they were a member of a Neo-Nazi organization like “Nordic Resistance Movement” or “Nordisk Ungdom”, or wrote for a National Socialist blog? What if they were members of blatantly Völkisch groups, or supported notoriously racist organizations like the AFA? Would you expel them, or if not expel then at least warn them that their behaviors are going against the supposedly inclusive directive of the NAS?

If you really want to claim that, despite the evidence, your group has no connections to these organizations and does not support their rhetoric, then prove it. Make a statement. If you really want everyone to believe that Nordiska Asa-Samfundet doesn’t condone racist and/or fascist ideologies, then take a stand a PROVE ME WRONG.

If you don’t want to be affiliated with those kinds of groups, then cut ties! If you really have nothing to do with one another then that should hardly be difficult. Stand up, as an organization, and publically announce your stance for inclusion by condemning these radical parties you don’t want to be connected to. Tell the world how you stand against racist or xenophobic groups like the AFA, the Nordic Resistance Movement, Soldiers of Odin, or Nordisk Ungdom. Take a clear stance in your bylaws, announcing your disassociation from these parties. Again, if there’s no connections between you all, then this should cost you nothing. What’s to lose?

So here’s your chance! Prove me wrong, and make me print the first retraction I will have ever written. All you have to do is publically denounce these groups that you claim you want nothing to do with anyway! If what you say is true, the this is an easy win for you. I stand here ready to be hoist by my own petard, and all you have to do is denounce and disassociate a group of organizations that you claim to have no love for or association with in the first place. 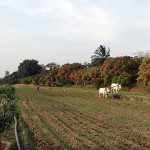 November 29, 2016
Hills of the Horizon: Green Man Mysteries
Next Post 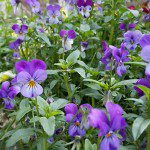 December 2, 2016 Adventures in Wortcunning: Garden Therapy
Recent Comments
0 | Leave a Comment
"My thoughts will probably get booed. Im going to call it like it is. Paganism ..."
Brianna LaPoint Beyond Binary Witchcraft: Essential Reads for ..."
"Oh my goddess! I had never of KPPR. Thanks so much for this info!!!! SO ..."
Perefalc The Corner Crone: An Interview with ..."
"Hi, this is Dave Warren, and you are right, but the author didn't use that, ..."
Green Witch The Corner Crone: An Interview with ..."
"So far I have only one issue with YSEE and refuse to have anything to ..."
Holly The Hearth of Hellenism
Browse Our Archives
Follow Us!