Hills of the Horizon: Here be Dragons

Once, at the new year, I went down to the coast to sing up the sun. There was a thick mist blanketing the bay, and in the pre-dawn halflight I was struck by the way things dissolved into half-formlessness, only becoming clear with effort. I climbed out on the rocks and stared out into the undifferentiated grey and thought about the time before time. The sun was out there, a distant potentiality, but all that I could observe was the atmosphere, its blend of air and moisture, the fog obscuring transparency.

And then in the distance, something differentiated, and there was the sky and the earth, marked by a line that appeared through the fog. Dawn happened; the world slowly started to manifest as the primordial forces shifted.

I had to laugh, really, because I had just observed the best known Egyptian creation story happening before my eyes – light bringing forth space and mist bringing forth the materiality of heaven of earth – on a New England beach, thousands of miles from the Nile.

There’s something about the in-between-ness of it that changes the sense of the possible. There’s a reason that a lot of reference to work with the unseen world refers to that sort of sense of the edge of things, the boundaries, the walking in two reams – the “hedge-riding” of some witches, working at the crossroads, the word “liminal” itself. Those classic folkloric witchy skills of shapeshifting, speaking with the spirits, and dreamwalking all partake of the threshold nature of the twilight world.

And in those in-between spaces, the rules are often different. Perhaps they are inverted – this is a place, such as parts of the Duat (the Egyptian realm of spirits) where people go about upside-down, or backwards, or where the process of eating is reversed (eww). Perhaps there are rules, but those rules are not the ones from the daylight world – the thing must be said three times, you must stay on the path, or the beings of that world, no matter how small they appear, remember favours and slights and can be counted upon to repay them. Often, true names give power, and can dispel trickery.

And people come away from their explorations of these in-between places with comments that are, often, very similar. Not in the “all roads lead up the same mountain” way – the goals and purposes people have for wandering into the twilight are often very different – but in that way that there is a commonality of human experience, an understanding, that comes for people who have walked the half-lit land and not so readily for those who have not.

(A partner commented that when he took a Jewish mysticism class in college, it seemed that roughly half the people there were Jewish and the other half pagans. He said the pagans had an easier time, because a little familiarity with the borderlands meant understanding the concepts, and the specific rules of the Jewish version were easy to learn. People who had the Jewish rules but not the in-betweenery had a much harder time of things.)

How wonderful that we have met with a paradox. Now we have some hope of making progress.

I have commented, on and off, for years, that mystics all speak mystic. Even if we don’t share particular experience, there’s a particular turn of vocabulary, a particular angle of approach, where someone else’s wanderings in the twilight make a certain amount of sense even if that’s not a bit one has personally encountered. And I’ve found, in these sorts of conversations, that most of the work boils down to, “Well, the way I do it, here are the symbols and what they mean, and now you understand what happened when I turned the head of the crocodile.” “Yes, of course, it’s like the time I ate the heart of the monster–”

And there’s an interesting word, monster, often applied to in-between things, to shapeshifters, to things that are part this, part that, chimeric. A monster is a warning, an omen, a revelation; the root of the word is the same as in “demonstrate”. (“Demon”, however, has a different root.) A monster has a sort of terrible power, and that power is often liminal, in-between – part man, part beast, or shape-strength, or ghostly, or otherwise uncanny and not belonging to the daylight world’s understanding.

It is these boundary realms, these boundary concepts, that are full of power. And, like any other monster, they are often terrifying, their rules unclear, their defiance of clean and easy categorisation unsettling. The neither-this-nor-that, the both-and, there’s a potent alchemy in that, something to tease out.

What was supposed to be so special about a full moon? It was only a big circle of light. And the dark of the moon was only darkness. But halfway between the two, when the moon was between the worlds of light and dark, when even the moon lived on the edge…maybe then a witch could believe in the moon. 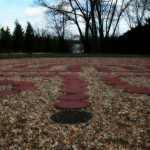 March 25, 2017
The Other Side of the Hedge: Hidden Knowledge
Next Post 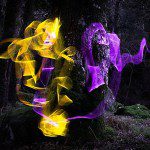