Hearth of Hellenism: Why Greeks are Leaving Christianity

In Greece, a country of almost eleven million people, 98% of which are Orthodox Christians, there is a re-Hellenization movement with growing momentum. Within Greece, and outside her borders across the diaspora Greeks are returning to their ethnic ancestral traditions. Why are Greeks doing this? The modern Greek identity is tied tightly with Orthodoxy, the dominant faith of Greeks. For those with the curiosity and mind to question the status quo, have come to a striking truth. Orthodoxy is irreconcilable with Hellenism.

It is argued that a Greek (Hellene) cannot be a Christian, the two are opposites and have been historically at odds with one another. Going back to late antiquity, with the rise of Christianity, the clash between the new religion and the established cultural force of the time, Hellenism, was clear. In the study of ancient Greek history, religion was a cornerstone of understanding their culture. Hellene eventually became a designated term to describe a pagan in the later Christianized Roman Empire.

The “church fathers” wrote that the Greek religion was a deplorable religion, where the Gods of the Greeks are actually evil demons. The church fathers despised Hellenism as is evident in Eusebius’ Preparation for the Gospel (313 CE), which attempts to show the superiority of Christianity over Hellenism. With regards to identity, in the Preparation for the Gospel, Eusebius reveals a new identity for Christians by asking “Are we [Christians] Greeks or Barbarians?” Eusebius reflects the aptitudes of the time, and the questioning of identity. Being that these early Christians spoke Greek, they may have asked themselves “are we still considered Greek?” A later Patriarch of Constantinople would say that while he may speak Greek, he is not a Greek, he is an Orthodox Christian. Orthodoxy became the common way people identified themselves.

We see from these examples that by becoming Christian, you no longer could be considered a Hellene (Greek).

Why did the shift to Christianity kill Hellenic identity? By rejecting the ancestral gods and accepting the Christian religion, there was a cultural exchange which took place, which changed their group identity. One function of religion is to transmit a group’s history, ethics, beliefs and whole worldview (ethos). When they became a Christian people, the worldview (ethos) of the Hellenes fundamentally changed. They rejected their native history, myths, and practices in exchange for the Christian alternative.

Christianity was birthed out from Judaism. By embracing Christianity, they also embrace elements of Judaism. The Torah is preserved as the Old Testament in Christianity. The history of the Jews within the Old Testament became the adopted history for Christian converts. Their native ethnic history and identity was erased and replaced with a Jewish narrative. Homer’s Iliad and Odyssey was at the core of a Greek education (paedeia). With the conversion to Christianity, the prominence of Homer is lost over time. The Bible replaced Homer, Jesus replaced the Olympians. The Greek identity effectively died out in public life, going underground, with occasional resurgences throughout history, which the Church would respond by anathematizing those who taught heretical (pagan) ideas.

What Christianity did to Greek identity on the spiritual level, Rome did on the political level. When Rome eventually conquered Greece and the Hellenistic kingdoms, the Greeks slowly saw their identity change dramatically. No longer did they have their kingdoms, and political independence. After becoming part of the Roman structure, the autonomous identity of the Greeks ceased to be; they became Romanized.

Moving along in history, when the Empire split between the Latin West and Greek East, the western half declined, but the eastern portion of the Empire flourished. The capital of the Empire was moved from Rome to Constantinople in 330 CE by Emperor Constantine. Later scholars would rename the eastern Roman Empire the Byzantine Empire, due to its Greek character. However, the people themselves who lived in the Byzantine Empire did not identify themselves as Hellenes but rather as “Romaioi,” that is, Romans. (Kaldellis 42). Their political identity was fully Roman at this time.

The Roman identity persisted for centuries. Constantinople would fall to the Ottomans in 1453 CE, ending the Byzantium Empire. The Ottomans recognized and grouped their subjects into millets. The Rum millet or “Roman nation” was the designated name for the Orthodox Christian community in the Ottoman Empire. There was no Greek millet. Greek identity would not return until the rise of an intendent Greek state. However Roman identity persisted as late as the early twentieth century. Peter Charanis (1908 -1985) professor of Byzantine History at Rutgers University tells us that in 1912, as a child on the island of Lemnos, the island became occupied by the Greek navy. Peter, along with other children went to see the Greek soldiers, these “Hellenes”. One solider asks the children ‘‘What are you looking at?’’ ‘‘At Hellenes,’’ they replied. ‘‘Are you not Hellenes yourselves?’’ the solider responded. The children answered, ‘‘No, we are Romans’’ (2).

Greeks today are heirs of the Roman/Byzantine world and Orthodox Christianity, rather than anything of anything from antiquity. This has created today, for a growing number of Greek persons, a false sense of ethnic identity and an existential crisis. They ask themselves: What does it mean to be Greek? How is Orthodox Christianity to be reconciled with Hellenism? Can the two really be united in a Greek identity?

Many Greeks in Greece and within the diaspora, have come to the conclusion that Orthodoxy is hostile and incompatible with Hellenism. If tradition preserves the unity of a people and secures their identity (as suggested by Rev. Dr. Demetrios J. Constantelos (4)), one can make a case that the Greeks lost their identity centuries ago, first to Rome (political identity) and then to Christianity (religious identity).

In the minds of many Greeks today, to truly be Greek, a Hellene, there must be a rejection of foreign Orthodox tradition and a full embracing of Hellenism, the ethnic and native religious tradition of ancient Greece—the Greece that existed before Christianity and before Rome. It is impossible to fully embrace Hellenism as a worldview (encompassing religion, education, and philosophy) while remaining an Orthodox Christian because the worldviews are opposed to each other.

In Greece, there are efforts being made by some people to re-Hellenize themselves and they have even organized themselves into official organizations. One such organization, The Supreme Council of Ethnikoi Hellenes (Ypato Symboulio Ellinon Ethnikon – YSEE) was founded in 1997. Their goal is to protect and restore the polytheistic, ethnic Hellenic religion, tradition and way of life. (5) I interviewed several members of the community based in New York on what motivated them to be a part of this movement to re-Hellenize themselves. Through compiling the stories of these members, who are active in either leadership or consistent attendance, a pattern was identified.

Curiosity: Between childhood and early adulthood, many of the people I spoke with shared that they had a curiosity about religion and or history in general. This curiosity grows and develops into questions about Christianity, their birth religion.

Investigation/research: The questions they have lead them to research and investigate matters of history and religion. They might have read the bible themselves, and then compare it with Greek history. They uncover history which was never taught to them, which is contradictory to established knowledge that was taught to them from their parents, school, and or Church. From their research, they conclude that Christianity and Hellenism are juxtaposed.

Identity Crisis: What comes about from the revelation that Christianity and Hellenism are incompatible is an identity crisis. What is an authentic Greek identity? Is it Christian as they were raised to believe, or is it Hellenism?

Identity Change: The conclusion these individuals come to is that Christianity is not a valid option as a Greek, the individual returns to Hellenism to resolve the identity crisis.

What are these people uncovering through their research that causes the crisis of identity?

I will provide only one example here for the purposes of this post (though I may do subsequent posts on this). In the fourteenth century, we can see an example of the hostility between Christianity and Hellenism through an attempt to bring Plato back to public consciousness. Demetrios Kydones (1323-1397), the mentor of the future Byzantine Emperor Manuel Palaiologos (1350-1425), wrote to Manuel telling him that Plato must be brought back to life, and that there was a desire for Plato’s voice once more. Kydones requested from Manuel that a manuscript of Plato which was held by the monks of Athos be given to him.

To the monks, Plato was considered a corpse; there was nothing living about the philosopher or his teachings. When Kydones received the manuscript, it was in horrible condition; it was soaked, torn, and stained. (6) The monks did not put much effort into preserving the manuscript. The monks had little love for Plato. He was seen occasionally by the monks as the ‘Greek Satan’, whose name was enough to make them spit on the ground and recite prayers. (7)

The episode raises questions of cultural identity, in that the monks, who would be seen as Greeks today, viewed Plato, a Greek from the classical past, as a Satanic figure. In the modern Greek ethos, there is some level of reverence for ancient culture, but reverence for Christianity ultimately supersedes it. Upon learning that there is no continuity in a natural progression from one form to another, that instead there is hostility, the individual faces a crisis.

It is clear that for many Greeks, when they investigate their religion and history, they come to the conclusion that what they have been taught by their community does not stand up to the facts. By uncovering the hostile history between Christianity and Hellenism along with the foreignness of the Christian religion, they are led opt for an ethnic tradition, one native to their land and people. 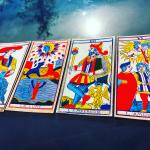 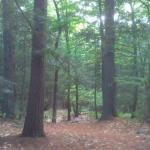