The Cartomancer: Intention and Implementation

But before we get to the power of power, there’s description of the situation. How accurate is it?

Description has its own power, as it goes hand in hand with what I like to call the elastic of sharp vision and insight.

You may know how to stretch it, what you imagine, but do you also know how far?

Knowing what is within your limit is actually more exciting than the belief that you’re unlimited in your mind.

The only thing that is unlimited is the fact that you don’t know. Paradoxically enough, it’s actually this ‘not-knowing’ that gives you access to the unlimited, or the absolute.

Zen, Dzogchen, and advaita vedanta ‘practitioners’ of nonduality use not-knowing as a vehicle to the absolute, but that’s for the advanced – advanced in the sense of having relinquished consciously all clinging to whatever we imagine power is.

Most people get the power through intention. What we imagine we can plan and then implement is thus completely contingent on how strong the intention is.

In the magical community you hear it all the time: ‘Set your intentions,’ when the new moon is here.

But how often do you hear the ones urging us to set our intentions talk about the condition for our intention as it relates to the resilience of our motivation?

Strong intention is not a given, and it’s not just the thing of the imagination and projection. A strong intention requires resilience, as resilience operates with the power to control emotions through awareness.

Motivation comes before intention, and the intensity of your intention is directly proportional with your resilience, not your imagination.

The Emperor and the Lovers

Think of the cards in the tarot of the Emperor in contrast with the Lovers.

A bit of nonsense.

Fortunetelling comes closer to what we find described in the academic communities, where we distinguish clearly between ‘anemic intentions’ (Sarah Stroud) and strong motivations precisely as they relate to our capacity to control emotions through labelling.

The Emperor is associated with performing the function of control and dominance, but only insofar as he is able to regulate his emotional context.

His power to implement and execute a plan is thus the result of being able to put a label on what he feels before he acts.

Consequently, this capacity does not render him an insensitive tyrant – a notion tagged to the Emperor we often find described in esoteric tarot, or the approach prioritizing symbol over function – but rather shows him as someone able to understand the limits of his imagination.

Take the Lovers card in contrast.

This one is often described in terms of doing what you love, and when anemia occurs as a result of too much imagination about what having sex with multiple people might be like, it is seen as a virtue. Imagine fainting for love. Good, no? Actually it’s bad.

The Lovers is associated with anemia (see Colette Silvestre) because he has the weakest intention in the whole tarot pack.

Caught between opinions and desires, he stretches his elastic of what he imagines beyond the point of where implementation is possible.

It always comes down to Cupid to do the job that the Lover in the Lovers card finds himself unable to perform.

The point of this talk today is to suggest that we see the cards of the tarot in terms of how they exhibit strong and weak intentions, as such intentions relate to the scale of awareness:

With this in mind, as an exercise, ask these questions next time you read your cards:

This essay is a transcript of my YouTube video, Intention and Implementation. Check it out if you’d like to see my talking head. 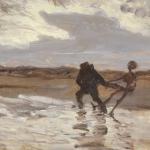 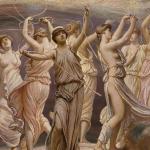 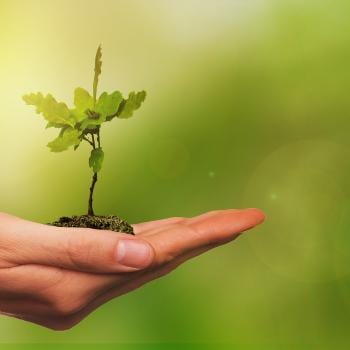 Pagan
The Corner Crone: So You’ve Set Your Intentions...
Agora