Irish-American Witchcraft: Honoring the Álfar on the Equinox

“It appears even that to these black elves in particular, i.e., mountain spirits, who in various ways came into contact with man, a distinct reverence was paid, a species of worship, traces of which lasted down to recent times. The clearest evidence of this is found in the Kormakssaga p. 216-8. The hill of the elves, like the altar of a god, is to be reddened with the blood of a slaughtered bull, and of the animal’s flesh a feast prepared for the elves….An actual âlfabôt. With this I connect the superstitious custom of cooking food for angels, and setting it for them. So there is a table covered and a pot of food placed for home-smiths and kobolds; meat and drink for domina Abundia; money or bread deposited in the caves of subterraneans, in going past”
– Grimm, Teutonic Mythology

The Autumnal equinox means different things to different people and is celebrated in many ways depending on a person’s spirituality. For me it is a time to honor and offer to the Alfar, the elves. This can seem like an odd concept to some people who think of religious celebrations as things that center on and celebrate the Gods but while the Gods certainly do play a part in my spirituality the foundation of it all for me is the Good People by many names and that includes both the Daoine Uaisle and the Alfar.

There is a long and reasonably well documented history of offering to the elves which can be described as a more formal religious ritual or sacrifice. In the 11th century Austrfararvísur there is a passage which recounts the story of a Christian traveler who is turned away from a Swedish home because the family is celebrating an álfablót and fears to offend the Gods by allowing the unbeliever in (Hall, 2007). The widow who turned him away specifically cited a fear of ‘Odin’s wrath’ which may indicate a link between the Alfar and Odin, something which is reinforced by Odin’s connections to the Wild Hunt (Gundarsson, 2007).

Evidence suggests that the Swedish álfablót took place in late autumn; additionally in the quote mentioned above by Grimm the reference from Kormak’s Saga involved an injured man who was offering a bull sacrifice to the elves in hope of healing (Gundarsson, 2007). There is also an account from Norway from 1909 of a man whose family sacrificed a cow to ‘the mound dwellers’ when his father died (Gundarsson, 2007). This indicates that álfablóts were possibly both seasonal and done when need dictated.

As part of the religious aspect of my spirituality focused on the Hiddenfolk I do celebrate álfablóts [sacrifices to elves], although I am not in a position to sacrifice cattle. I generally offer butter and milk or cream, as these are two things that folklore across many cultures says that the hidden folk value. I have a boulder in my yard, and for all intents and purposes I consider it an álfur steinn, or elf-stone. Elf-stones, called elf-stenar in Swedish, are boulders with cup like indentations, or that are strongly associated as being the homes of the Alfar, and are believed to have healing powers (Lockey, 1882; Towrie, 2016).

These boulders were places that people would go to make vows, and to leave offerings which ranged from lard and butter to copper coins, flowers, and ribbons (Lockey, 1882). The acknowledgment of the one in my yard is obviously personal gnosis on my part but I have my reasons for believing this is what it is – I can say for example that the spring after I started this acknowledgment my entire backyard was inexplicably taken over by raspberry canes, something I consider a great gift and the only fruit that grows wild in my area. And in any direction the stone serves this purpose for me certainly. It is at this elf-stone that I leave my offerings for the Alfar and where I celebrate my rituals to them.

I celebrate my álfablóts twice a year on the equinoxes, as well as at any point that I feel one is needed. Some years that may not be any, some years that may be often. My connection to the Alfar is an organic thing that is always in motion and depends a lot on my respecting them, knowing what I should and should not do, and listening when I need to listen. I do a lot of listening.

I like honoring the Alfar on the equinoxes. To me the equinoxes are a good time symbolically to honor the Álfar because they represent a time of balance, a time which is naturally liminal, but I also like this because to me the Álfar are tied into the fertility of the earth and the harvest. Honoring them on the vernal equinox when the earth in my area is just beginning to ready itself for a new year of growth and planting as well as at the autumnal equinox during the harvest seems very appropriate.

There is also a nice balance in the twice yearly offering specifically to the elves at such a time, or the spirits that we may call elves in English. At Yule I honor my house spirits, and at Yule and and Walpurgisnacht (Bealtiane) I honor the Wild Hunt. At Midsummer I honor the Good Neighbors more generally, as I also do at Samhain and Bealtaine. So I like the idea of having those two equinoxes to honor the Alfar, the elves, to remember them and offer to them.

As day and night hang in balance I will go out and offer butter and cream and remember to be grateful for the blessings in my life. 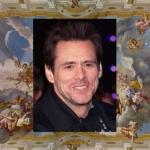 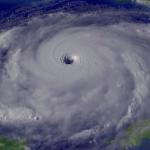 September 19, 2017 Tree City Witch: Irma & Rebirth of a Witch
Recent Comments
0 | Leave a Comment
"Thank you for speaking truth! I have always hated that some folks think I am ..."
Catt Foy Cross and Crossroads: How to Spot ..."
""Intention and energy are what this Work is all about." I am so sick of ..."
James L. Wilber Druid in the City: “Store Bought ..."
"In my experience I was told as a rule to witchcraft the only rule is ..."
Gregory Ruiz Cross and Crossroads: What “No Rules ..."
"I can't imagine working without ethics or without even attempting to establish some kind of ..."
M.T. Noah Cross and Crossroads: What “No Rules ..."
Browse Our Archives
get the latest updates from
Agora
and the Patheos
Pagan
Channel
POPULAR AT PATHEOS Pagan
1