Does Hermetic literature hold any meaning for today’s seekers?

I sometimes suspect that we deploy the word “Hermetic”—a term for late ancient Greek-Egyptian mystical texts attributed to the mythical man-god Hermes Trismegistus, or thrice-greatest Hermes—as a kind of marker, intended to connote a venerable ancestor to modern mysticism, and thus giving our current spiritual pursuits the weight of historical gravitas.

But, the truth is, Hermeticism is a living philosophy, which ought to be read, debated, and engaged in. The Hermetic texts, mostly those found in the Corpus Hermeticum and the dialogue called Asclepius, can serve the needs of a twenty-first century person in search of metaphysical ideas and clarity.

Hermeticism is of immediate value much like the more arcane books of the Old Testament. Although certain Hebrew rites, rituals, and genealogical recordkeeping may seem period-bound, or of little more than liturgical significance to any but the religiously orthodox, such passages provide a framework for luminous ethical and spiritual insights. Similarly, elements of the late-Egyptian Hermetic books also reflect traditions of formalism, ritual, and recital—and these elements likewise frame passages of penetrating relevance to current seekers. This fact has not always been apparent due the longstanding paucity of quality translations, a deficit that is thankfully being redressed in our time. (1)

The central and most enduring theme of the Hermetic literature—and one that left its mark on the ancient and Renaissance worlds, and, indirectly, on our contemporary culture of New Thought and mind metaphysics—is that the human mind is an extension and imitation of Nous, the Higher Mind, which serves as the divine creative force behind all that is.

This perspective finds particular resonance in books I and XI of the seventeen tracts that make up the Corpus Hermeticum. In book I, sometimes called the Divine Pymander of Hermes Trismegistus, we learn of the mind’s causative abilities: “. . . your mind is god the father; they are not divided from one another for their union is life.” (2) As we come to realize our creative capacities, we grow closer in nature and perspective to the Eternal: ” . . he who has understood himself advances toward god.”

Book XI goes further in urging man’s awareness of how his mind, through its abilities to visualize all things, originate new concepts, and surpass physical boundaries, reflects innate divinity:

See what power you have, what quickness! If you can do these things, can god not do them? So you must think of god in this way, as having everything—the cosmos, himself, (the) universe—like thoughts within himself. Thus, unless you make yourself equal to god, you cannot understand god; like is understood by like. Make yourself grow to immeasurable immensity, outleap all body, outstrip all time, become eternity and you will understand god. Having conceived that nothing is impossible to you, consider yourself immortal and able to understand everything, all art, all learning, the temper of every living thing.

In the student-teacher dialogue called Asclepius, which is often grouped as an adjunct to the Corpus Hermeticum, man’s estimate is even further elevated. We first learn that “one who has joined himself to the gods in divine reverence, using the mind that joins him to the gods, almost attains divinity.” Using a variant of the famous Hermetic formula, “as above, so below” (enunciated in another text called the Emerald Tablet), this dialogue counsels: “Forms of all things follow kinds … Thus, the kind made up of gods will produce from itself the forms of gods.” This adds a deeper resonance to man being made in God’s image, as found in Hebrew scripture.

Hermes goes on to teach his disciple Asclepius that man, at his highest, is actually on par with the gods: “Because of this, Asclepius, a human being is a great wonder, a living thing to be worshipped and honored: for he changes his nature into a god’s…” Hermes ultimately evaluates man as even greater than the gods because, while a god’s nature is fixed in immorality, the striving and aware man is ever in process of becoming and fulfilling his highest nature: “In short, god made mankind good and capable of immortality through his two natures, divine and mortal, and so god willed the arrangement whereby mankind was ordained to be better than the gods, who were formed only from the immortal nature…”

Moreover, man in his reverence and worship, performs necessary acts of caretaking of the gods: “He not only advances toward god; he also makes the gods strong.”

In considering man’s potential, the modern reader of Hermetic literature may find himself facing a question that also faces contemporary students of New Thought: Given the causative powers ascribed to our minds, and the manner in which thought relates to the highest source of creation, why do we suffer physical decline, illness, and bodily death? Indeed, the most Hermetic of all New Thought teachers, Neville Goddard (1905-1972), instructed that your mind is God, and all that you experience is the product of your imagination—so, again, why must we “die as princes?” as the psalmist puts it?

The Corpus Hermetic offers a reconciling response. Man, for all his potential greatness, is nonetheless conscripted to dwell within a “cosmic framework,” where physical laws must be suffered and limitations experienced. “The master of eternity,” Hermes tells Asclepius, “is the first god, the world”—or great nature—“is second, mankind is the third.” Man may be the greatest of beings in God’s schema of creation, but he nonetheless remains bound to other aspects of the creative order.

In book I we learn: “mankind is affected by mortality because he is subject to fate”—fate being a term for nature’s governance—“thus, although man is above the cosmic framework, he became a slave within in.”

These views of man’s greatness and weakness, the forces in which he functions, and his higher possibilities are considered with surprising adroitness in the 1908 occult classic, The Kybalion. Published under the tantalizingly Hermetic pseudonym “Three Initiates,” the slender but powerful book is a reasonable iteration of certain Hermetic concepts, as well its author’s personal insights into New Thought psychology.

In essence, The Kybalion adds specific techniques to the overarching Hermetic principle that the mind of the individual is an adjunct to the Mind of God, through which man may not only create but also aspire to his eventual return to the source from which he was created.

For those seeking a guiding, cosmic philosophy, as well as the reconciliation of certain vexing ideas within New Thought and other modern mystical schools, I recommend reading the Hermetic literature hand in hand with Neville, The Kybalion, and other mature New Thought works.

You will also discover within the Hermetic texts, particularly Asclepius, a poignant and, incidentally, accurate prophecy of Ancient Egypt’s decline, and the demise of its lexicon of gods. But with today’s renewed interested in Hermeticism, and the arrival of a new generation of supple translations, we may be entering a phase of Hermetic rebirth. This renewal, however, comes with a caveat, one deeply grounded in Hermetic tradition: If Hermes is to be resurrected, such an operation must occur within you.

Mitch Horowitz is a PEN Award-winning historian and publisher, and the author of books including Occult America and One Simple Idea: How Positive Thinking Reshaped Modern Life, which was recently censored in China. His new book The Miracle Club: How Thoughts Become Reality comes out in fall 2018. Follow him @MitchHorowitz.

2. In this essay, I use Copenhaver’s translation. 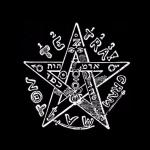 October 9, 2017
The Other Side of the Hedge: Four Hundred Days
Next Post 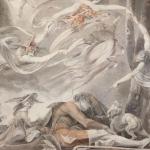 Pagan
The Other Side of the Hedge: Practical Idolatry
Agora

Pagan
The Blooming Staff: On the Papal World-Tree, or,...
Agora 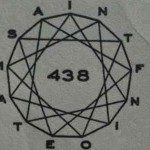