Hearth of Hellenism: My Journey to Hellenism

I, like the majority of Greeks, was baptized into the Orthodox Church as an infant. Though I was born in New York, my parents took me to Greece to baptized. In a Byzantine era church, in a small village in the Peloponnese I was greased up with olive oil and placed into the baptismal vessel. I must have been too oily, since I nearly slipped out of the priest’s hands, as I have been told. I am sure it was not his fault, I must have been trying to escape. It was a certain foreshadowing of my future departure from the religion. My departure would be rooted in dissatisfaction and a craving for something meaningful.

My ambivalence with Orthodoxy was a consistent theme through most of my life. If I had to apply some keywords to associate with the Church experience I’d choose creepy, mysterious, dreadful, and smelly. Creepy because the whole thing was unsettling. I recall being roughly nine or ten years old and a family member asking if I would receive communion at Church on Sunday. I shook my head, I did not want to. They asked me, “You don’t want [spirit of?] Jesus in you?” or something to that effect. What a CREEPY thing to say to a child who has no understanding what that even means. It was mysterious because I did not understand any of the liturgy since it was spoken (chanted) in Koine Greek of the New Testament, I barely mastered modern. Thus, the whole experience meant nothing, since I could not understand any of it. It was dreadful because it did not give me a good feeling, there was something off about it all. It is a somber affair overall that brought discomfort. Smelly because all that damn incense really gets to you after a while. While I did enjoy the iconography, they are the most beautiful aspect of the religion – Byzantine style icons are lovely. However, the eyes, they stare at you and follow you, which returns me to the dreadful feeling and overall uneasiness.

Like the professor of Philosophy, N.N. Trakakis – who posted an opinion piece called Why I Am Not Orthodox, we share similar sentiments. While in Theological school, Trakakis’ professor said to the class “the study of theology will either turn us to God or turn us into atheists” or in my case there was the third option, pagan. Trakakis gives philosophical reasons for questioning Christianity and in the true spirit of Hellenism he demystifies the divinity of Jesus for himself. My own journey to Hellenism from Christianity could only occur when Jesus was demystified, education helped me do this. Studying the history of religion helped me break the chains to Christianity’s exclusiveness as the “one true religion.” All this studying would also eventually pay off when I got my college degree in religion.

So how did I end up in Hellenism? It must have been a natural shift, an easy choice to go from Jesus to the Greek Gods since I am already Greek. Unfortunately, the process took many years, the indoctrination was deep – the monotheistic worldview had me captive. I took the long way around to paganism, since it was still sort of still taboo in my mind. I did not think that a valid path until much later. At first, I played it safe and went the Gnostic route, it was in vogue at the time. “It’s still Christian-y” I thought. Not to the Orthodox, they are heretics, but alas, they believed in Jesus, just differently. I was Gnostic for a bit. Gnosticism represents the esoteric side to the normal exoteric Christianity, it did give me a new way at approaching Christianity. However, I wanted to get to the roots of Gnosticism were based on, Jesus still did not really mean much. I knew there was more to it, something prior to Jesus. In short, I really wasn’t into Jesus.

So, my search began around eighth grade in school, I had a brief stint in Wicca, but it was quick and my focus was more on spellcasting than anything religious. It was at this time I found the tarot and later throughout high school I studied astrology and numerology. I had an obsession with prophecy, especially Nostradamus – I think I did my senior paper on him. In my college years, I ventured into the Western Esoteric Tradition which still remains with me today as a main area of research and learning. Western Esotericism has been very fruitful for me and is from there was able to find paganism and then Hellenism specifically. Getting to Hellenism would be the end result of constant narrowing down, following the bread crumbs in the Western Esoteric Tradition back in time.

I studied Kabbalah, but never felt too comfortable in that camp. It was insightful and what I needed at that time. But slowly that no longer spoke to me, it is essentially a monotheistic version of polytheistic philosophy. I figured well if they are adapting Platonism, I need to go to Plato and company – closer to the wellspring. So, I made my way to Greek philosophy and “general” paganism, exploring the material out there on it. I learned much from philosophy but I felt uncertain with much of the pagan material, it was not speaking to me fully. I think because a lot of it is geared toward the northern European concepts like the Wheel of the Year. These things did not resonate with me as a Greek. Ding, a light went off in my head, I need be exploring Greek religion – Down the rabbit hole I went. 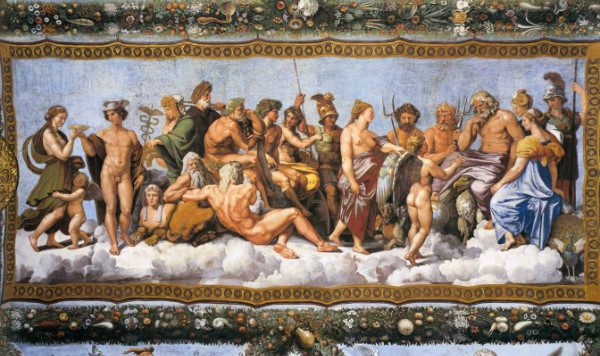 I began to buy statues of the gods, I began to read books on Greek religion and consuming any material I could find. I read what the academics had to say, and tried to figure out how to apply this to modern life. Taking an ancient religion into modern times can be difficult process, one I will talk about in another post. I started to do some rituals at home. Slowly I built up the courage to start calling myself “pagan” openly to others. The things I was learning felt natural and agreed with me as truthful. My mind was always pagan, it just took time to realize it.

What was it about Hellenism that made me want to really pursue it? It is not simply because I am Greek, I could have been a Buddhist, or something else but I ended up with Hellenism. Being Greek does play a role of course, in my mind if I am going to follow any path it is going to be ancestral path it is simply the logical option for me. I have always had a love for the mythology and ancient history in general – I am currently a graduate student in history. I think of the Mediterranean – Greece, Rome, Egypt and the Near East as the “neighborhood” so to speak, I feel at home.

Beyond the familiarity and personal bonds, it is the teachings which speak to me. I could have rejected Hellenism; dumb ideas are dumb ideas after all, even if they are Greek. I could have easily skipped over Hellenism, but I saw that it offered so much, it is the complete package in many ways for me. My various interests are addressed with Hellenism. There is room for my intellectual passions along with my spiritual passions, this is because it is not simply a religion but a whole way of life. The philosophy teaches me how to live, the history gives me a sense of identity, knowing my past and helping to define me moving forward. This is how I came to Hellenism, I came to it looking to find a meaningful experience of the divine and proper understanding of life and how to move about in the world. I wanted to educate myself on history, to learn philosophy and to honor the Gods. 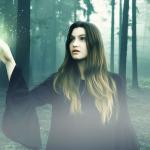 January 4, 2018
The Other Side of the Hedge: Street Magic and Magic Theory
Next Post 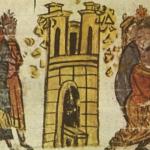 January 10, 2018 The Corner Crone: Is Therapy in the Cards?
Recent Comments
0 | Leave a Comment
"Yes, thats why its called Patheos: Pagan. Patheos is a multi belief website with blogs ..."
Michelle Gillian The Dance of Pagan Recovery: Welcome ..."
"Simply vile and disgusting how a supposed catholic website or blog is fooling its readers ..."
Luis rodrigues coelho The Dance of Pagan Recovery: Welcome ..."
"What's kind of kooky about being disabled and invisible, or different and invisible, is that ..."
JenniWest The Corner Crone: Why Are You ..."
"This really sounds interesting. Health is so important."
WildestSea The Corner Crone: The Witch’s Guide ..."
Browse Our Archives
Related posts from Agora