Racism, Misogyny, and Heathenry: Why I don’t subscribe to the a-holes in My Community

I want to start off by saying that I hate labels in general. I think that they are society’s greatest invention to divide and separate any community. But from birth we are taught the social and mental construct to label everything that we see before us. Boy, Girl, Black, White, Pink, Blue, Gay, or Straight. It gets to a point these days were you can’t introduce yourself without saying some type of label.

When I first decided that I was going to break away and become a follower of the Nordic Pantheon. I wanted to find a place where I belonged. So I looked for people and found that followers of the Nordic Pantheon weren’t all kosher with everyone. A lot of white supremacists would use our gods, our symbols, and “historical evidence” to claim that we were superior, etc. Which if you know any archeology, genealogy, or anthropology regarding the Vikings you know that’s completely wrong.

I decided then and there I wasn’t going to abide by their labels. I had to refuse to do it. I was going to have my own label. I would forge my own path and be my own person. I would reclaim a title that belonged to me. I would become Viking. I have the spirit of a warrior and that is what I am going to be. People look at me and go, you aren’t warrior, you can’t be you’re a girl.

The most prominent Viking Warrior that they have discovered to date was female. Mis-gendered for years because men thought that in that time frame women didn’t fight, but genetics and DNA prove them wrong, yet again. There are scrolls in the Middle East that would talk about the blond traders with the tattooed faces. So we also know they traveled.

Anthropological evidence points to the fact that they intermingled. Were they slavers? Yes. They took breeding stock, slaves, and holy men. If you were either born or captured into slavery were you condemned to be a slave the rest of your life? No. You could become a free man just like anyone else if you proved yourself worthy. With the locations that they traveled to, the people that they could bring back to their homes they wouldn’t see differences, they would see a person’s strength and weaknesses as an individual.

I guess what I’m trying to put delicately here is I don’t subscribe to the whole Vikings were all about cultural purity, racial superiority, and Male power. That is something that is put out there by scared white men who only want to feel like they have power. Vikings would base their judgements on the contents of an individual’s character and the needs of the community prior to anything else. I strive to base my choices on the contents of my reputation, another’s character, and the love I have for my community.

Together as a whole we can become something stronger and something greater. However, only those that are great will rise and drown the voices of those scream and shout. We as a community cannot sink to their level, we have to rise past what we see and become the beacon of hope. We live and die by our personal reputation. I refuse to be an a-hole, who will stand with me? 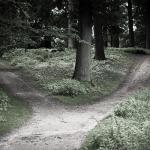 March 15, 2018
Between Two Worlds: Standing at The Crossroads & Looking in All Directions
Next Post 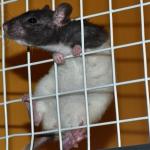 March 19, 2018 The Other Side of the Hedge: Animal Wisdom
Recent Comments
0 | Leave a Comment
Browse Our Archives
Follow Us!