Most people don’t know the defining moment in their life, when they took that one step on their path to become the person they were meant to be. I know the exact second, the exact moment, and the exact breath. I can picture it perfectly in my head. It was the moment I discovered with my heart and soul who I would truly become and commit to it without fear. The moment I would not turn back.

I was in a strange place mentally, physically, and spiritually. I knew who I was and was connected to that, I had met the woman that I knew I was going to marry and she was becoming the person that she wanted to be. My Spiritual life was great, I knew there were more steps coming but I wasn’t afraid to take them, I was just waiting for them to be shown to me. Everything felt perfect and I was starting to become a leader in my small community. I was proud.

I also felt stagnant in the position I was in, like I had reached the top and would go no further. So when things started to fall apart on the Detroit Pagan Pride Day Festival and I was able to step up, take over Teen Programming at the very last minute and cobble something together, people took notice. Although I told them that there was one Ritual that I wanted to go to during the day and that was a warrior attunement ritual, and I knew that I needed to be there.

So I went. There was talking, there was ritual, and there was an offering laid out on the table to the gods of a blank check up to and including my life. That was my moment. The very definition of the second that changed the course of my life. That was the moment that the Gods truly seized control of my life and rushed me headlong into what I was going to become.

It took nine days for me to have everything and nothing. I really did write that check and the Gods accepted. My Gods don’t play. The Norse Pantheon is not for the weak of heart or for those that are going to waffle around. Once you are in, expect abuse and reward, that’s the only way they know how to roll. I have not met one person that truly walks with the Nordic Pantheon that will not curse out one of the Gods that they work with on a semi-regular basis.

Don’t expect some business professional relationship with the Nordic Pantheon either, again that is not how they roll. Once you have been accepted you are in for the ride of your life. You become more focused and driven towards the goals that you need to accomplish, and one by one your list of tasks will just fall at your feet. It will be simple. Your to-do list will never stop getting larger, you will never be able to stop checking in with yourself, and by all means the second that you take a step that they don’t want you to take be prepared for a huge lesson. The more stubborn you are the more painful the lesson will be.

Here is where it becomes a little be harder to distinguish what is true Re-constructionism, what is half-truths, and what is actual fact that we might know. Most of the facts that we have are based on archeological findings and limited accounts of the tattooed blond people from the north in some literature that has survived. Much about their gods and actual practices has not survived. According to an article from the BBC regarding the Viking Religion pre-Christianity there is very little know. The few things that are know is that Village Chieftains may have acted as spiritual guides and the hammer of Thor was used as protection. They converted easily to Christianity to open trade routes. They were warriors and traders.

So one thing we truly know about them is they took what they needed and wanted and used it. They were opportunists. If they saw that there was a wealthy village or monastery on their trade route that could be easily taken it was theirs. Why not take every aspect that you know and find out, to create and forge your own path and become the person that you want to be? I mean it would be very simple and very east to do. All you have to do is take what you have been given and what works for you and move along. More has been created with even less.

Walk your path, find your moment, and become who you want to be. 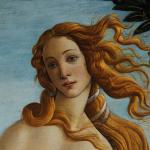 April 18, 2018
The Hearth of Hellenism:Beginners Guide to Household Worship
Next Post 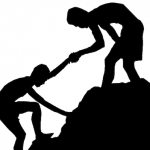 April 19, 2018 Between Two Worlds – The Importance of Having Mentors
Recent Comments
0 | Leave a Comment
Browse Our Archives
get the latest updates from
Agora
and the Patheos
Pagan
Channel
POPULAR AT PATHEOS Pagan
1