Before me lay a familiar, worn-down meadow used as a sports field. Ringed by loblollies and a greying split-rail fence, it was nothing my 12-year-old self particularly cared about—just an expanse of scrubby grass, the site of soccer humiliations, I needed to cross in order to get to the stables. And in fact, I rarely crossed through the middle of the field, much preferring to make my way through the gnarled, knobby roots of the pines, worn and shiny from generations of summer campers.

I loved the slightly springy feel of the fallen needles under my shoes, as if Earth, having received the energy of my footfall, was returning that energy to me through the soles of my feet. An odd child—a child slightly apart—I felt comforted by, connected to the sighing of the branches as the wind threaded its way through their green fingertips. It seemed like no matter how difficult a day of trying to fit in had been, the trees were always there to remind me to breathe, to breathe in time with their breaths until I could reestablish my own rhythm and try again.

And so, I never really paid attention to the field until I had The Dream.

Before me lay the familiar, worn-down meadow. The sun was particularly bright, bleaching away the blue of the cloudless sky as I entered from one end. The pine trees kept themselves still and silent. Alert. As I crossed the center of the field I felt an unseen force, tensile, thick and cobwebby, stretch into my skin, across my face. And then I pierced a veil.

One the other side was a riotous jungle of a world filled with hot, Fauve-like colors and shapes, dripping wet and pulsing with energy. The air was thickly humid, yet sweet in my lungs and coating my skin with a pleasant buzziness. Enthralled rather than shocked, I was not frightened. Instead, I felt a deep sense of homecoming, as if I had at last found the place where I truly, wholly, and utterly belonged.

My back to the veil, I turned my head to look over my shoulder and realized I could still see the meadow I had just crossed behind me and yet this place, this place that had been there all the time, was invisible from the other side of the veil. I faced forward and tried to absorb everything—the lianas, ancient and deeply grooved, draped across the densely leafed, low-lying branches of massive trees, the shifting greens of the half-lit gloom, the shimmer of wetness limning every surface. In the distance, laughter and music.

As my brain was starting to translate what my senses were experiencing, someone spoke to me. I turned and saw a faun nestled against the liana, watching me take everything in.

Breathless with joy, I followed him toward the music. We came upon a meadow—a meadow within a meadow—filled with faery folk dancing in a great circle. Willowy and graceful, their movements were so fluid as to seem like they were the embodiment of water. At the end of their circle dance they came to where the faun and I were standing. Each in turn hugged me, whispering words of love and encouragement before moving off to resume their dancing.

The faun and I sat on a long, low branch of an oak tree, our backs against its trunk, content to watch the faery folk dance, listening to the music and not speaking a word. It seemed as if we lingered there for a few days, silent companions, drinking in the magic around us.

At last I turned to him and said, “I want to stay”.

There was no discussion as he led me back to the veil. I was deeply sad, sad beyond tears. He was not unkind, but there was no question that I was leaving to return to my mundane world. I glanced over my shoulder as I stood before the veil, trying to imprint everything into my memory, into my pores and atoms. I stepped through the tautness of the veil and back onto the worn grass of the soccer field.

And then I woke up in my bunkbed.

And then, I forgot The Dream.

Years passed before I remembered it again. The mundane world was filled with broken relationships, bitter misunderstandings that stretched and took on new life as estrangements, and countless constructions, then teardowns and reconstructions of Self. Life, the old maxim goes, is what happens while you’re making other plans.

A couple of days after my fortieth birthday, on my younger son’s birthday—which also happens to be the Winter Solstice—I had an emergency hysterectomy after almost bleeding out. My hematocrit level was at seven, and my veins had flattened to the point that getting the IVs hooked up was a real challenge. It was as close to crossing over—to death—as I hope to be for a good long while. As you may expect, I emerged from the experience—my fortieth birthday, the longest night, and emergency surgery—changed. The symbolism of having a hysterectomy at forty on my younger son’s birthday was not lost on me. He became the last child I would ever have. My life was unquestionably, irrevocably moving into a new phase, whether or not I was ready for it. It remained for me to try to make meaning out everything I had experienced.

And I remembered The Dream.

What does it mean when a dream stays with you for years, decades? What meaning, if any, does it have in our lives? How do we contextualize it? Do we pass it off with, “oh, I had this crazy dream once when I was a kid”? Do we mine it for metaphor, line it up against who we are now and see where the tangent points are? Or do we let it live just under our conscious thought without parsing it out at all?

A few nights ago, I had another dream that seems to be staying with me. I can’t remember the images, but I do remember the words that were spoken to me just before I woke up. 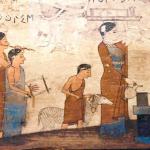 April 1, 2018
The Hearth of Hellenism: An Open Letter to Mary Beard
Next Post 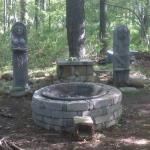 April 2, 2018 Irish-American Witchcraft: My Beliefs Aren't Yours - And That's Okay
Recent Comments
0 | Leave a Comment
Browse Our Archives
get the latest from
Agora
Sign up for our newsletter
POPULAR AT PATHEOS Pagan
1 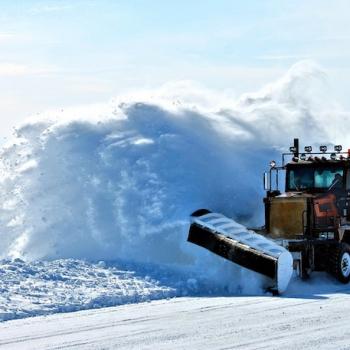 Pagan
The Corner Crone: Hekate of the Sacred Snowplows
Agora 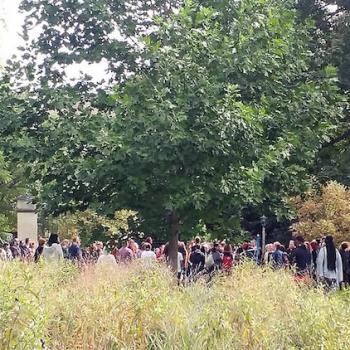 Pagan
The Corner Crone: Here We Have Gathered ....
Agora 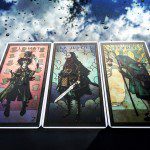 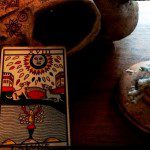