The Cartomancer: Eating the Ancestors

It’s been two years since I started writing for Patheos. As I’m not the type who concerns herself with stats, how many views, and all that brouhaha, I don’t think much of ‘what people think’.

My sole aim is to say something that inspires others, particularly to think about how we internalize what we’re told.

This being said, I do see that readers share my writings. You have my heartfelt thanks, for reading and sharing.

To make this anniversary, you’re welcome to let me know if there’s something you’d like to hear about that hasn’t been covered in The Cartomancer column.

For today, I have a dream story and a ‘live’ story in mind, which, as tradition is here with me, I hope will destabilize what you think of identity.

I had a dream last night that was very vivid.

I don’t have a habit of dreaming, as I have a habit of sleeping like a log, but I did develop a practice for lucid dreaming. If I fancy some dream knowledge, I ask for a dream about whatever concerns me. I have my wish granted, and, as is also often the case, I’m always aware of what’s happening, or downright engage in some magical operation.

I once wrote about an example of this that many found hilarious. You’re welcome to check it out, Lucid Dreaming with Scissors.

Back to the dream:

In the dream, while over at the neighbor’s place, my sister who was with me wanted to show her our ancestors. She had brought several family albums. I didn’t mind it, even though it took some time to go though some very tiny miniature pictures, no bigger than a thumbnail, literally.

When we were done, I gathered all the pictures, some 60 of them, and was ready to say goodbye. Not so the neighbor’s son, a young man named Sebastian. He took hold of the pictures and wanted me to go through all that storytelling again.

That was not cool. I had no intention of doing any such thing. He insisted, though, and he wouldn’t let go of the pictures.

I forcefully retrieved the pictures and off I went.

Back at home I cooked a whole pot of stew made of fresh chanterelle mushrooms and other veggies. I cooked all the pictures into the sauce, and then ate it all.

The neighbor came for the key and asked me how I was doing, as she saw that her son had upset me.

I said, ‘I’m doing fine. I did what I should have done long time ago. I ate all the ancestors. There will be no future situation of going through past lives again.’

She gave me the incredulous look: ‘Whatever do you mean?’

‘I mean what I said’, I said. ‘I ate them all. Their picture representations. I’m tired of them wasting my time. They had their vital breath. They can’t have mine too.’

Then she said: ‘Did you also eat the bad ancestors, the ones with the evil energy?’

‘But aren’t you afraid, now, that they’re all inside of you’? She was worried.

I felt sorry for her, as I shared none of her concern.

‘I’m not afraid one tiny bit. The dead can’t do anything. They can do nothing that you won’t let them do.’

This attitude inspired some awe in her, and I woke up with the feeling that I had accomplished something very essential towards not wasting my time.

Beyond identity, ancestral, self-invented, or other

Now, why am I recounting this dream?

Because yesterday I did a reading for a client, who asked me this question:

‘Is there one thing that you think fucks us up beyond any doubt?’

I said, ‘yes, the illusion of identity. The illusion that you can dig into your soul, transform, transcend, become, and all that crap clichés that people waste their time with.’

I know, not very nice of me to say such things, since many love identity. But I’m not here to be bothered by what bothers others.

What I find that was more helpful than to lament the possibility that identity is really nothing but one big fiction we serve ourselves and others in the process, was to pursue this question: ‘What am I’, then, if not this identity?

That’s good question, and if you ask some sages, they’d tell you that’s the only question.

So I laid down three cards, and I just loved what we saw. What we saw was a beautiful validation of the fact that since you’re never what you think you are – as soon as you can put it into words you can be sure you’re NOT THAT since language is as big a fiction as your projections – then you may as well consider the other options.

I used the funky and rare Verlaine Tarot for this one, made by Francesc Grimalt, a movie concept designer who worked on the set of The Lord of the Rings – a special gift from another client.

‘What am I?’ was the question and the cards, the Fool, Justice, and the Hermit said:

You’re the void, reality, and the ultimate witness to this void and reality.

I could hear my master, Nisargadatta, interceding again, almost saying: ‘See, even the cards say so.’

You are WHAT THINKS YOU.

That settles the shitty problem of having to bother with identity, investing time and energy into it.

How about just doing things, as part of the program that’s called seeing things as they are.

Where is there any space for ‘identity’ in all of this? There isn’t.

Good luck with yours. I hope you deconstruct the shit out of it, and live happily ever after. 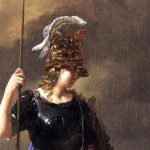 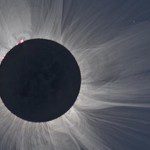 July 27, 2017 Tree City Witch: Two Eclipses For Leo Season! Are You Ready?
Recent Comments
0 | Leave a Comment
"Yes, thats why its called Patheos: Pagan. Patheos is a multi belief website with blogs ..."
Michelle Gillian The Dance of Pagan Recovery: Welcome ..."
"Simply vile and disgusting how a supposed catholic website or blog is fooling its readers ..."
Luis rodrigues coelho The Dance of Pagan Recovery: Welcome ..."
"What's kind of kooky about being disabled and invisible, or different and invisible, is that ..."
JenniWest The Corner Crone: Why Are You ..."
"This really sounds interesting. Health is so important."
WildestSea The Corner Crone: The Witch’s Guide ..."
Browse Our Archives
Related posts from Agora 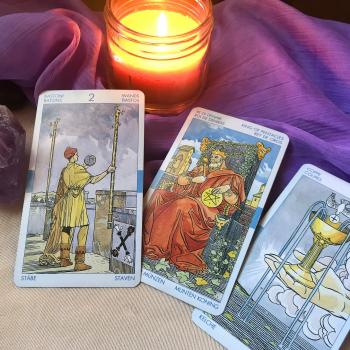 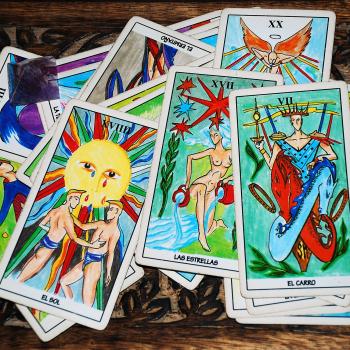