Millennial Witch: The ‘First Fruits’ of a Modern Lughnasadh

Autumn Sabbats have always been special to me. Not just because of Halloween/Samhain, but also because of Mabon, and most importantly, Lughnasadh.

The First Harvest Festival of the Year, Lughnasadh (also commonly called Lammas) is most often celebrated around August 1st. (Though in some Druid and Celtic Pagan circles, it is the full moon closest to that date.) It marks the time when the grain was harvested, lammas bread was given to the barn corners, and in some Pagan circles, The Harvest God dies. In certain cases, this holiday is overlooked for it’s two successors, but I firmly believe we shouldn’t bypass this first harvest time.

Transformation, rebirth, death,and sacrifice are all aspects of this holiday. I take this time to bake some homemade bread, eat some freshly husked corn, or harvest the last few blackberries that still linger on the bush. Speaking of fruits, I was thinking to myself, how have we as a people updated this ancient festival? What kind of first fruits could a modern witch give to the Gods? I dug out my book Sabbats: A Witch’s Approach to Living the Old Ways by Edain McCoy to view some of the rituals listed in there. I used them as a guideline to update some Lughnasadh rituals one could celebrate, with some…modern advances.

-The Oldest Bread in the Book-

Baking bread is an ancient and actually relaxing form of kitchen witchcraft and a critical part of Lughnasadh. Though, may I suggest a bread maker and a dough mixer? You are still placing your intent within the bread, with all the herbs and such you want to add to it, but sometimes standing around all day and kneading dough is hard on the feet and wrists. Most bread makers run less than $100 dollars, and you can still play with the dough if you want too after it comes out of the mixer! The Gods aren’t going to turn their nose up at you for using a little bit of tech to make your bread.

Great herbs I’ve used in my bread include Herbs de Provence, rosemary, and even cinnamon. Also, always make sure your yeast is active by waiting about 5 minutes and then adding some sugar to it. It should bubble up if it is. Once your bread is finished, baked and beautiful, either place four pieces of it outside around the four corners of your house, or use it at your next party or family gathering to enjoy the first breaking of bread with your friends and family. Honor the sacrifice of the wheat and other grains.

I love blackberries, and even more so when I found out they were good for people with gout and stomach ulcers. Tradition says to make these yummy berries into a pie, but nothing says Autumn is on its way like an amazing hot cup of tea. Gather some of those blackberries that are still a little firm but not too firm. If they are a little purple, that’s okay too. Grab a blender, and then it’s time to start!

To make a modest amount of tea, take about 16 oz of blackberries (or about 2 cups), blend well and strain over cheesecloth or a fine mesh strainer to get out those tiny seeds. Place in a pot and on low heat, drop in 1 teaspoon of vanilla extract, 2 teaspoons of cinnamon, 1 teaspoon of crushed cloves, a cup of water, and 2 tablespoons of sugar. Stir until it starts to bubble and the sugar is dissolved. If you want to add honey to taste, do so here! Making it the traditional way using a mortar and pestle, and an open fire is great and all, but I think being able to make this at midnight over a whirling blender is a great modern alternative.

Think of it this way, you are transforming the blackberries into a delicious tea! Sit at your altar and pour some for your Gods, or add some alcohol to it for your coven gathering! If you do that, make sure you add the alcohol after you boil it!

It’s obvious our modern advances have made it much easier to present our first fruits to the Gods, as well to our peers. Our stoves, ovens, blenders, and bread makers can still be magickal tools of the trade, and they can be used in amazing ways for Lughnasadh. Harvest your first fruits in your own modern way, and I bet you will find the Gods will enjoy it anyway. 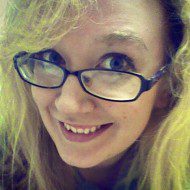 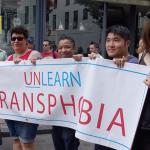 July 26, 2018
Between Two Worlds: TERF's and Transphobia in the Pagan Community
Next Post 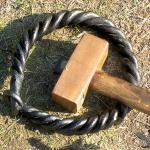 July 28, 2018 Radical Pantheist: Asatru, Building Temples and Breaking Barriers
Recent Comments
0 | Leave a Comment
"Thank you for speaking truth! I have always hated that some folks think I am ..."
Catt Foy Cross and Crossroads: How to Spot ..."
""Intention and energy are what this Work is all about." I am so sick of ..."
James L. Wilber Druid in the City: “Store Bought ..."
"In my experience I was told as a rule to witchcraft the only rule is ..."
Gregory Ruiz Cross and Crossroads: What “No Rules ..."
"I can't imagine working without ethics or without even attempting to establish some kind of ..."
M.T. Noah Cross and Crossroads: What “No Rules ..."
Browse Our Archives
get the latest updates from
Agora
and the Patheos
Pagan
Channel
POPULAR AT PATHEOS Pagan
1