Spooky in the South: The ‘Dark’ Side of Paganism and Witchcraft: Death, Curses, and the Otherworld

A witch dressed in all black sits in front of her altar, lit candles, bones, and a cauldron adorn it. She takes an athame and cuts open her hand to provide blood for her magic. Speaking an ancient language, she casts curses and hexes upon her enemies. – Now be honest, this is what you probably think of when you hear the word “witch”, most people and even Pagans are guilty of thinking this.

With the stereotypes associated with Paganism and witchcraft, the majority of us in these communities have strived to distance ourselves from the “Hollywood” images that have demonized our faith and caused many people to view us as evil. While we are not evil, a part of Paganism, especially within the European pantheons, is honoring and acknowledging deities of death, destruction, the afterlife, and other aspects that can be seen as negative or scary. Our deities are not always all-loving or kind, they can be both good and bad, loving and spiteful. Recognizing death, respecting it, and even honoring its deities are normal aspects of worship to Pagans and witches. We cannot fully embrace our faith or our craft without embracing both sides of the universe, duality is key; where there is light, there is also dark, where there is life, there is also death.

A common misconception by non-Pagans is the comparison of the Pagan concept of the Otherworld and/or Underworld with the Abrahamic concept of Hell, yet these concepts are rather opposite. Some ancient Pagan cultures held beliefs of reincarnation and the Otherworld was seen as a place of residence for souls who had passed until they were reborn into another form. Death was not seen as an end to existence, but a rather a continuation or change in form. Because of the comparison of the Abrahamic concept of Hell to the Pagan concept of the Otherworld, a lot of non-Pagans tend to associate Pagan deities of death/destruction/afterlife with the Abrahamic “Devil” or “Satan”. It is important to not to let these ideas about our religion by outsiders affect how we worship. These deities are important and create a balance; you cannot worship life without acknowledging death and vice versa.

A particular hot-button issue in Pagan or witch groups is the topic of cursing and hexing others through our craft. Some Pagans and witches hold beliefs which condemn using curses and hexes against others, no matter the situation; however, this can be a rather ignorant point of view, especially from the perspective of victims who have experienced difficult or even traumatizing situations. A Pagan and/or witch might be an abuse victim or the victim of another harmful act, and they should not be condemned for seeking retribution against their abusers/attackers through their craft. Forgiveness is not for every situation, and victims do not owe an explanation or deserve to be condemned for why they choose to cast curses or hexes against those that harmed them. I understand that many of us may not agree with casting curses, but that does not give us the authority to dictate what is moral for others. Casting curses could be a victim’s only form of self-defense if they do not have other options.

It is important for us to honor both the light and dark aspects of the universe and to not let fear of becoming a stereotype affect how we worship. Do not be afraid of what others might think or say or let it keep you from worshipping deities that you feel drawn to, because when all is said and done the only person to whom you owe an explanation is yourself. Also, within our spiritual communities, do not judge or condemn the manner in which another practices the craft, it is their path and not yours. We need to build each other up, not tear each other down. As we get closer to October and Samhain (my favorite time of year), it is a great time to reflect on the ones who have gone before us and pray to deities of death. Do not be afraid of working with these deities because they are some of the most powerful and incredible. So perform blood magic if you want, take a stroll in the cemetery, leave some offerings for the dead, and most important of all….STAY SPOOKY! 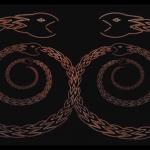 August 26, 2018
Omens & Oracles: Ouroboros-Mysteries of the Snake
Next Post 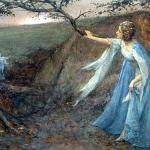