Hearth of Hellenism: Hekate in the Greek Tradition

Hekate is a deeply important goddess in the Greek tradition and in other paths that honor her. For this reason, I have translated the entry on Hekate from the rare Greek collection from the 19th century titled Gr. Ὠγυγία ἤ Ἀρχαιολογία (En. Ogygia or Archeology). Written in 1815 by the Greek scholar Athanasios Stagiritis (1780 – 1840). The five-volume set contains the religious history, mythology, and customs of the ancient Greek tradition. The original editions are rare to find. After nearly two hundred years Ogygia was made available once again along with a demotic version that updates the text from the original Katharevousa.[1] Ogygia, to this day, remains untranslated

The text that follows is my translation of Hekate’s entry from the second volume of Ogygia or Archeology. Stagiritis gives a concise summary of the goddess; her genealogies, symbols, qualities, etc. Please excuse any awkwardness in the translation; I aimed to translate the Greek word for word with minimal changes to the Greek text.

Those who say that she was the daughter of Zeus and Hera, give her the name aggelo[2] and was given to the Nymphs to be nurtured. When she grew older, she stole her mother’s box of blush and perfumes. Her face glowed, she gave the box to Zeus’ mistress Europa. When Hera learned about this she was outraged and wanted to reprimand[3] her. Hekate left and hid in the house of a woman who had recently given birth.[4] From there through contact with men who were transporting the dead to their tombs, Hera stopped her pursuit because she [Hekate] had approached the dead and was polluted. Zeus ordered the Kabeiri[5] to cleanse Hekate. They descended to Hades and [Hekate] was bathed in the river Acheron. That is how she was cleansed. This is how Hekate remained in Hades and became [the] goddess governing the dead.

Of those that say she was the daughter of Zeus and Demeter, they say she was very brave and tall. Zeus sent her to Hades to ask for Persephone’s return. Instead, Hekate remained there with Persephone and was named Artemis, Guardian, Torchbearer, Lightbringer, Kathonia.[6]

According to some, she was the daughter of Zeus and Pharaea. She gave birth to Hekate in secret because she was a child of an affair. She was left at the crossroads. There she was found by the shepherds of Pheres; they took her and raised her. Therefore, the crossroads where dedicated to her.

According to some that she was the daughter of Perses and Asterias or a local woman or Nymph, they say like Hesiod, that she was allied with Zeus in the Τitanomachy. For this she was given large glory by Zeus and gave her power over the sky, earth, sea and in Hades. Whoever honors and invokes her enjoy whatever they ask for: riches, glory, honor, victory, etc.

Others write that Aetis and Perses were siblings, sons of Helios, heirs to the paternal kingdom and reigned. Aetis was ruler from Colchis to the Mastitis lake. Perses was ruler of Hersonissos of Taurica and married Asterias or some other local woman or Hekate was born of a Nymph. Hekate is brave, barbarous, and possessed with hunting, that if she could not find animals to hunt, she would shoot people.

She enjoyed tricks, and after researching the influences of botanicals she found the combination of deadly poison, she discovered wolf’s bane. She mixed the poison in food and offered it to foreigners ignorant of her cunning, they ate it. Gaining experience, she poisoned her father [Perses] and took over his kingdom. After this she built a temple to Artemis and sacrificed foreigners to Artemis. Her cruelty became well known everywhere. She married her uncle Aetis and gave birth to Circe, Medea, and a son Aigalea. From all of this she became the goddess of magic and poisons.

In Hades, she protects the dead that are waiting 100 years outside of the underworld because they were not properly buried. Also, she sends dreams and makes ghosts and sends them to people dreams and ghosts, wild and scary.[7] Theses dreams are called Hekatia. Odysseus built her a temple in Sicily to be freed of such dreams and ghosts.

On Earth, she was protector of kingdoms, councils, courts, wars, assemblies, fishermen, horse riders, and all human activities, above all magic and goetia. She is also protector of houses, and nurturer of children. That’s why each house had a statue of her outside the front door. She was involved with all sacrifices to gods because she was so powerful. It was believed that Hekate, Selene, Artemis, and Persephone were the same. She was called Selene when she was in the sky, Artemis on earth, Hecate and Persephone in Hades. That is why she had so much power. She was called Brimo[8] ‘the terrible one’ because one time she argued with Hermes and exchanged harsh words when he competed with her on a hunt.

They drew her three headed with the right head as a dog and the left head a horse and the middle a wild boar. Sometimes as a one headed woman with a crown of oak branches. She wore black or white clothing, holding a spear or a staff in her hand. In other drawings, she was followed by black dogs and in others with a lit torch. Others drew her with three faces and six hands holding torches, keys, or baskets. In others, three headed with a crescent moon on one head, on the other a ‘hat’, and on the third a crown of Daphne. Some say that her body was so tall she was half a stadium and her hair was of snakes. Some of the snakes were coiled around her body, others around her shoulders, others on her feet. Therefore, she appeared like a freakish monster. They never drew her in this form.

She was three headed because she had trice power, in the sky, earth and underworld. Or from the three phases of moon. Her clothing holds similar meaning, she has trice power over humans, as Selene, patroness of pregnancy, as Artemis patroness of life and as Hekate or Persephone patroness of death. For that reason, the ‘protectors of birth’ are torchbearers signifying how they bring the born into the light. The dragons and those monsters symbolize the Hekatia. The spear symbolizes the protection of houses, the staff symbolizes magic. It is believed she rose from Hades riding on dogs. In practicality the protectors of the houses are the dogs.

Hekate is called “goddess of magic and poisons.” This requires explanation as magic appears after Hekate had “researched” the influences of botanicals and ‘discovered’ wolf’s bane. What is magic and why is it appearing here? Etymology will help to clarify.

Magic comes from the Greek μαγεια (mageia). As per, Liddell-Scott-Jones, μαγεια is, according to Plato:

· Theology of the Magians.

· Magian, one of a Median tribe: hence, as belonging to this tribe.
· One of the priests and wise men in Persia who interpreted dreams.

Additionally, Magos can derived from Old Iranian, possibly Old Median/Old Persian maγu- and Avestan moġu, but both are of uncertain meaning. It is also traced back to the Proto-Indo-European *magh (capable, skillful, powerful, mighty, helpful).

These definitions and etymologies give us a clearer understanding of magic and the magi. The Magi were Zoroastrian wise men/sages who studied the natural world (astrology/astronomy). The etymology indicates that the Magi were more likely originally seen as powerful and great. Their power and greatness were due to their great knowledge in theology and science. It does not indicate supernatural powers; the attempt to control and or manipulate nature or spirits through incantations.

For these reasons, in the Greek tradition, when Hekate is called ‘goddess of magic’ it describes her greatness of knowledge and capabilities. In myth, this is expressed by her ‘discovery’ through ‘researching’ botanicals. Hekate’s great knowledge is also alluded to when she takes over her father’s kingdom. Perses, her father, is described by Hesiod as “conspicuous among all for his intelligence.”[9] In the myth, Hekate behaves in a scientific manner. This is why in ignorant times, science is demonized as magic because science seeks to explain the unexplainable and bring to us knowledge from the hidden and unseen. As such, it is my opinion that there is nothing supernatural implied here with Hekate as ‘goddess of magic’ as popularly understood today. It is perfectly fine that Hekate has taken on new significances in other paths, and represents something different in other paths. All I wish to communicate is that the understanding from the Greek tradition does not resonate with later changes. I hope these insights are useful for those who desire to activate it in their path only if they see it as beneficial.

1 Katharevousa is a 18th century conservative form of Greek that is a compromise between Ancient Greek and the Demotic Greek of the time.
2 ἄγγελος, messenger, envoy (2) Title of Artemis at Syracuse. LSJ: The Online Liddell-Scott-Jones Greek-English Lexicon.
3 The Greek word used here is Βασανίσει meaning to torture/ investigate/ examine. LSJ: The Online Liddell-Scott-Jones Greek-English Lexicon. We should not think Hera meant to harm Hekate by torture – Hera probably wanted to punish her in the manner a mother does to a child. I translated the word as “reprimand” as it feels appropriate for the context in English.
4 Within the last forty days.
5 Οι Κάβειροι (the Kabeiri) divinities worshipped especially in Lemnos, Samothrace, and Boeotia. LSJ: The Online Liddell-Scott-Jones Greek-English Lexicon.
6 Άρτεμις, Φύλαξ, Δαδούχος, Φωσφόρος και Χθόνια.
7 Once such type of ghost that are sent by Hekate is the Empousa (Ἔμπουσα) which appear to the ill-fated and can change shape between human and animal.
8 Βριμώ is an epithet shared by Hekate and Persephone.
9 Hesiod, Theogony (Loeb Translation) 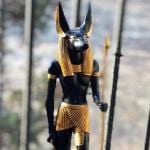 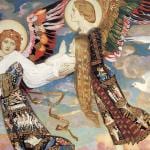 January 31, 2019 Pan-Celtic Hoofbeats: Brigid, History & Mystery
Recent Comments
0 | Leave a Comment
"Although, I am a High Majick practioner, Paganism acted as a spring board towards that ..."
Brenda Keitt Salt City Pagan: Choosing to Leave ..."
"I found myself more attracted to High Majick because it is cerebral. This does not ..."
Brenda Keitt Pergamum Unfurled: Review – Scott Cunningham’s ..."
"This is a beautiful elegy for the love you shared with each person and creature. ..."
Badgergrl Phoenix Rising: Cerridwen’s Cauldron – Dealing ..."
"This was a cool way to celebrate. With increasingly widespread vaccination there is no reason ..."
kenofken Between Two Worlds: A Covid Beltane ..."
Browse Our Archives
get the latest from
Agora
Sign up for our newsletter
POPULAR AT PATHEOS Pagan
1