Kristen Sollee is a feminist scholar and author who has long studied the craft and its evolution as a force of political power in the U.S.

“I was raised by a feminist intuitive,” Sollee said. “My upbringing laid the groundwork for my practice and my profession, but like many teens, I went through a period of naive rebellion against feminism and witchcraft before I realized a bit later in life that both were essential to who I am — and to the kind of work I was striving to do.”

“I pretty much loved every single part of writing Witches, Sluts, Feminists, but I did start out as a music writer so getting to write about witchcraft and magic in its many sonic forms was particularly meaningful — as was getting to nerd out about horror films,” Sollee said. “And although I do find the absurd permutations of medieval and early modern misogyny horrifying, there are elements that really kept me entertained throughout my research: you know, the infamous tales of witches stealing penises, lubing up with flying ointment, and indulging in blood-soaked sapphic Sabbaths.

The western historical representations Sollee speaks about have changed drastically over time. While many people in today’s America might not know much about witchcraft, it’s probably a safe bet to say that fewer Americans think witches are literal man-murdering servants of evil than in the days of the infamous Salem Witch Trials. This shift in public perception can be largely attributed to the U.S. feminist movement, which sometimes celebrated the reclamation of such sexist archetypes as the evil witch.

Famous environmentalist and feminist witch Starhawk directly addresses this reclamation in her 1979 book, The Spiral Dance. “To reclaim the word ‘witch’ is to reclaim our right, as women, to be powerful; as men, to know the feminine in the divine,” Starhawk wrote.

“What’s fascinating in the U.S. is how the feminist movement was developing parallel to and sometimes in tandem with the pagan movement in the 60s, 70s, and 80s, so there is a lot of overlap,” Sollee said. “Starhawk compares a coven to a feminist consciousness-raising group in The Spiral Dance and Margot Adler talks about the shift from the consciousness-raising group to coven in Drawing Down the Moon as well. The archetype of the witch was simultaneously infiltrating feminist action, too, even though it wasn’t always connected to any particular pagan practice. I think this uniquely American history laid the groundwork for the upwelling of intersectional activist witchcraft we see today.”

Feminism, however, isn’t the only modern force that has drastically changed magic and how people practice it  — the internet has also played a major role by allowing millions to access otherwise hard-to-obtain occult information.

“Digital connectivity has allowed for so much magical community building — the impact of the internet on contemporary witchcraft is just immeasurable,” Sollee said. “So many practices and practitioners are accessible to anyone with a computer or smartphone, offering endless transformative and healing spells and rituals and traditions and knowledge — and the option for large-scale collective rituals and spellcasting as well! It’s a great thing because gatekeepers are bullshit and there is no one way to practice witchcraft or be a witch, but it’s also important to recognize that just because something is at your fingertips doesn’t mean you shouldn’t take the time to do your research and meditate on whether this spell or tradition is right for you and if you’re approaching it with the right kind of attitude/reverence/attention to its cultural context and history.”

Cultural context and historical context greatly affect power dynamics, and the accessibility of information on the web makes it easier for people to take practices from cultures, religions or peoples they may know little-to-nothing about.

“Cultural appropriation certainly rears its head in many modern witchy spaces, where a grab bag of practices are plucked indiscriminately from a variety of (often closed) traditions,” Sollee said. “Everyone has a different opinion about what exactly counts as cultural appropriation in the spiritual sense, whether it be using white sage to cleanse your space if you aren’t Indigenous, or if you should work with certain deities that aren’t from your culture. I can’t and won’t tell anyone what’s right for them, but obviously a good rule of thumb that applies to everything in witchcraft (and in life, really) is to educate yourself, listen to others, and don’t be an asshole.”

Having educational conversations on controversial and complex topics like cultural appropriation, feminism and homophobia is a task many might find draining, but these kinds of conversations are necessary for social growth.

“Systemic racism, sexism, classism, and transphobia pervade American culture on every level, so a commitment to discussing and addressing social justice issues is of the utmost importance,” Sollee said. “As a white, cis woman, I am dedicated to the ongoing process of de-centering myself, checking myself, and harnessing my privileges to amplify voices that are silenced or ignored. . . . I endeavor to decolonize my syllabi, and bring a variety of guest speakers in for my students. I will never be perfect but I am not going to let that stop me, and I think that’s a good attitude to have whenever you broach the subjects of privilege and oppression. There are more than enough day-to-day items in the news that can be used as a perfect jumping-off point to get these conversations started with those who might otherwise be ignoring such issues.”

“That said, the extent to which this happens differs wildly across various witchy, pagan, and new age communities. I can only speak to the groups I am a part of and have intimate knowledge of, and they’re for the most part pretty educated, activist-minded, anti-capitalist, and populated by people with diverse identities and lived experiences. I know this is not the case in every region, so I consider myself lucky to be surrounded by such folks that I can learn from and build community with.”

In America, anti-capitalists are hard to spot and those who make their criticism of the free market known are quickly shamed. After all, the second American witch hunt targeted communists. Capitalism acts as a force of oppression, perpetuating global poverty by redirecting precious resources to the wealthy at the expense of the uneducated, starving and homeless. To recognize this and fight it is a noble act, a spiritual one for some — Sollee and myself included.

“There is a powerful historical link between the European witch hunts and the birth of capitalism,” Sollee said. “As Silvia Federici explains in Caliban and the Witch: Women, the Body and Primitive Accumulation, the witch is ‘the embodiment of a world of female subjects that capitalism had to destroy’ so that early modern mercantilism could develop into the capitalist system we live within today. In addition to this archetypal connection, there’s much to be learned from witchcraft communities that operate in nurturing, non-hierarchical ways, and that perpetuate themselves through non-exploitative means. Capitalism prioritizes capital over community, and forces our bodies to be subjugated in the service of work — or creating more workers. Witchcraft, however, can show us how our bodies can be vessels for dissent and forces for healing and connecting with the natural world without the sole goal of profit in mind.” 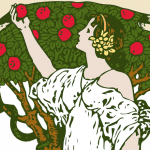 March 25, 2019
Phosphoros’ Illuminations: The Concept of Sin in Paganism
Next Post 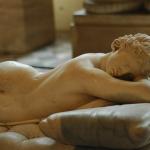