3 Pagans & A Cat: Performing Magick for Others

A few weeks ago, I received a message from a friend on Facebook asking if I’d cast a spell.

She and I had recently reconnected, at which time I revealed to her that I’m a Witch and Car is a Druid. During a conversation we had with this friend and her husband Car told them about a spell I’d cast on his behalf with Ode.

Car had been out of work for nearly a year with no prospects and multiple dead-end interviews. He’d gotten very discouraged about the whole job hunting process and despaired of ever finding gainful employment.

A friend we made at Convocation 2018, Kenya (organizer of Detroit Conjure Fest and now the MichiganWitches Ball), gave Car a conjured dollar when she heard of his plight. Ode and I wanted to complement her money working with a spell for Car with the intention of getting the best interview opportunity which would lead to immediate employment. And within a month and a half of performing that spell and spending Kenya’s dollar Car landed his current job.

Upon learning magick works, my friend asked if I’d perform a spell for her husband who has been without work for a couple of years. I performed the spell, and we are now anticipating he will soon be sharing good news (although she just announced her own new job sooo…).

Here’s the question I’m blah-blahing about in this post:

“Should we, as magickal practitioners, perform magick for anyone who asks?”

For me the answer is a bit more complicated than  yes or no. There are a number of variables to take into consideration when performing magick for or “on” another person. The first and foremost concern, in my opinion, deals with consent.

When I cast a spell for someone else (and it’s not like I get asked a lot) it is because that person is in a situation where all mundane aspects of a resolution have been explored without a satisfactory or necessary outcome. The person has done all they can but whatever outcome they are seeking is not happening. I’m talking someone who has hit a dead end, gotten to a place of needing magickal assistance for successful resolution, but they do not practice the Craft. This kind of situation can include employment issues such as Car and our friend have experienced, legal battles, harassment issues, etc. Scenarios which require more than let’s say a simple candle spell might provide.

Because maybe it’s just me but there are spells and then there are spells. Spells which require a particular amount or kind of energy and intense or direct  focus to cast so there is no doubt of the intended outcome, otherwise a lot of chaos could be let loose.

For instance, I’ll light a candle for pretty much anyone who needs a shot of positive or calming energy, emotional support, physical/emotional/spiritual healing, good luck, or something of that nature. Why? Because the person is asking for themselves (or sometimes a loved one) and basic consent is given (even when asked on behalf of a friend, child, spouse, etc., the implication is that the “target” of the candle spell has already stated they desire such energy or in other cases have mentioned to the person asking for the spell that they want to receive “prayer”).

I’ve also performed a spell of magickal resistance (which has been an ongoing campaign by others since “45” got the top job) at the request of a friend who is not a Witch, but wanted to do the spell during a solstice gathering she hosted a year ago. Now, this is slightly different in that “45” has not asked for this type of intervention but the needs of the country require a binding of his influence to mitigate damage. The good ole US of A would be in a much worse condition from the current administration’s shenanigans without the magickal intervention of so many Witches and spellcrafting practitioners!

But that’s just my opinion.

However, the concept of a binding or banishing spell performed on behalf of another person with a specific targeted individual does fall into the realm of magickal ethics (as an individual or  by coven/tradition standards) in regard to casting a spell on someone without their knowledge/consent. Is it okay to cast a spell on behalf of one person if it directly affects another and is being done without their knowledge?  For me, the answer depends on the circumstances of the request. There are some situations when I will cast a spell on behalf of another person and some situations when I will not.

By the way, love spells fall into the “potential for squirrelly ethics”category.

You may be saying “Dude! Love spells shouldn’t be included in that list. There are entire books of love spells.” To which I reply – Are you sure about not checking in on the ethics issue of certain types of love magick? Because in my view (and to paraphrase a conversation I had with Ode):

Now, if you want to perform a love/lust spell on people who want to explore their sexuality or do a little experimentation with a partner (or two) but need a magickal boost (and you have been given everyone’s consent) then have at it. If you are asked to perform a love spell on someone to help nurture their own capacity to love and be in a loving relationship then I don’t see a problem. Maybe someone wants you to perform a glamour on them, so they will be more desirable or their best features will be more noticeable and attractive to others. These are scenarios which I would not have a problem casting a spell to assist someone in the love/lust department.

But beware of a person (friend/relative/co-worker) who knows you are a Witch and comes to you saying I’m just so in love with “Johnny”/“Jane” but “Johnny/Jane” already has a significant romantic partner and will you please help me so “Johnny/Jane” will dump them and love me instead?”… hmmmm, yeah, that’s a situation when you will already want to know where your ethics land. Me? I wouldn’t touch that request with a ten-foot pole.

Why? Because I’d be messing around with someone’s free will to choose whom they love and that’s not something I want to do. I will use magick to protect others if it has been proven to me the person toward whom the spell has been directed is a dangerous individual. Yes, there have been a couple of times when I’ve punished through spellcraft when justice for myself or my family refused to be served through mundane sources. I’m able to do so because I’ve sorted out my spellcrafting ethics. There are reasons why I will perform a magickal working in my life, for my family or for others who ask and there are reasons and situations when I will refuse.

Knowing when and why you will cast a spell is important for any Witch or magickal practitioner regardless of their path, tradition, or level of experience. Are you more comfortable  in a “white” or “black” magickal paradigm because of past religious upbringing? Do you adhere to Wicca’s Three-Fold Law? Does your coven or tradition hold to a certain set of laws, rules, or ethical standards which you must follow? Are you more aligned to a world shaded in gray? Does your particular tradition have no issue with what some would call “dark” or “black” magick? Would you prefer to never perform a spell for someone else?

Thinking about and knowing where your magickal/spellcrafting standards and ethics land (or reviewing your position from time to time, especially if you are a solitary) will serve you well. Trust me. One day someone who is not living in the magickal world (and yes, I know how very Harry Potter that sounds) will ask you to cast a spell for them. You will want to have sorted out your answer and potential actions before that day arrives. Makes life a lot easier when you know what you will or will not do as a Witch, Wiccan, or any other kind of spellcaster.

Just so you know, your ethical opinion or standards for spellcraft might change over time based on experience, a change of tradition, perspective you’ve picked up from books, teachers or magickal friends and that’s okay. Embrace it. Ultimately, the only person who can answer the question of whether you will do magick for others or the type of spells you are willing to cast is you.

You can also carve a rune or letter into the candle which best describes the spell’s intention and/or the individual’s name. You can dress the candle with appropriate intention oils but I find that Bergamot is a great power boosting, all-purpose essential oil to use for the simple candle spell. 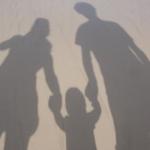 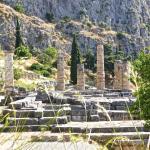 April 7, 2019 Phoenix Rising: Priestesses of Prophecy & Working with the Pythia
Recent Comments
0 | Leave a Comment
"According to a ghost hunter I met, those "orbs" aren't lens flare, they are flash ..."
PhaedraHPS Irish-American Witchcraft: Pareidolia and Fairies – ..."
"I took part in the Fairy Survey. I was able to find my account in ..."
BrigidsBlest Irish-American Witchcraft: Pareidolia and Fairies – ..."
"Very True, but some are incapable of doing the check, or looking into the people ..."
Grendal King Cross and Crossroads: How to Spot ..."
"I've done this myself, albeit with a pinch of salt. Indeed I have one photo ..."
IvanTheHare Irish-American Witchcraft: Pareidolia and Fairies – ..."
Browse Our Archives
get the latest from
Agora
Sign up for our newsletter
POPULAR AT PATHEOS Pagan
1