A funny thing about language is that there’s really only so many sounds and – in written language – so many letter combinations to go around. This is why we have homonyms, words that look and sound alike but have different meanings. Homonyms don’t just occur within a language but can also occur across different languages so that the German word kuh (cow) sounds nearly identical to the Irish word cú (dog) despite having very different meanings.

A  downside to this is that sometimes people will assume that words that look somewhat alike must be connected even when they aren’t and I’ve seen some instances where those assumptions then take on a life of their own. I once ran across someone, for example, that associated Brighid with breeding and sex because her name may be pronounced in a way that sounds similar to the English word breed; although this is obviously fallacious the person was a vocal advocate of the theory.

Today I thought I’d tackle three of the more common of these mistaken homonyms I’ve frequently run across. Hopefully people will find them both interesting and educational. Remember though that if you have been believing these names are connected even though they aren’t these are pretty common errors; I’d suggest just considering the information presented here and rethinking things. I’d also note that I’m in no way arguing that any of these beings don’t exist, just that they don’t have the connections to each other that some people think they do.

Shakespeare’s Queen Mab wasn’t based on the Irish Queen Medb.

I see this assumption often, usually put forward as a fact. In reality the two beings have no connection to each other and very different descriptions in stories.

Medb is Irish, modern spelling Meadhbh pronounced Mayv anglicized Meave and is (probably) related to a word that means intoxicating. The name is usually understood to mean ‘one who intoxicates’ probably in relation to the significance of sovereignty and ritual drink. Mab is English and pronounced Mahb and going back to the 16th century is both a noun and a verb meaning a dirty, messy looking woman or dressing sloppily. And yes that is what Shakespeare named his fairy Queen who put elf-locks in the hair of lazy women. Not kidding, the word had that use at least as far back as the 1550’s and he wrote Romeo and Juliet in the 1590’s. He was kind of a dick, sorry.

It’s uncertain whether Shakespeare created Mab or modified her from older existing fairies, but in either case she has existed since his time and has found a great deal of life in various other literary works and later folk belief. Mab is an insect-sized fairy who punishes lazy women and brings dreams, called the midwife of the fairies by Mercutio in the play. In contrast Medb is a pseudo historical queen, possible goddess figure, described as a fierce warrior and powerful figure who has a significant role in Irish mythology. Her connection to the Good People aka fairies is difficult to parse and complex but she herself is never explicitly identified as a fairy in the mythology. Hence why I say their characters are very different.

The names may look a bit alike but they don’t sound at all alike and they are not even remotely alike in character or etymology, giving us two different and distinct beings.

This is one I run across frequently. It’s the very straightforward assumption that the Welsh figure Morgen la Fey is part of or an aspect of the Irish goddess the Morrigan.

One of the main arguments connecting the names is that they sound the same to modern English speakers, but  it’s clear that in Irish and Welsh the two names sound very different.  The Morrigan’s name in older forms of Irish was pronounced roughly ‘MORE-rih-guhn’ and modern forms with the spelling Mórríghian are pronounced ‘MORE-ree-uhn’ while Morgen’s name in 12th century Welsh would have been pronounced, roughly, ‘Mor-YEN’ (Jones, 1997).

They also have different meanings and that is significant. Morrigan means either Great Queen if spelled Mórrigan or Phantom Queen if spelled Morrigan (both are found in the older material) while Morgen probably means ‘sea-born’. There was an attempt at one point to suggest that Morrigan might mean ‘sea Queen’ but that etymology has been discredited and scholars favour the other two meanings.

Another argument that people use for them as the same deity is that they are both connected to magic, but while one may argue that both do indeed practice enchantment the nature of the magic they practice seems to be vitally different and outside of that single similarity the rest of their associations are very different. Morgen is connected to healing and, perhaps, to guiding the dead or dying to Avalon/the Otherworld; the Morrigan is associated with death and battle but nothing in her mythology relates her to healing or to a role as a psychopomp. People also argue that their stories have similar themes, but this is clearly not so: the Morrigan is married to the Dagda and may or may not try to seduce Cu Chulainn in one story while Morgen in various stories is married, is adulterous, and even tricks her own brother into conceiving a son with her; the Morrigan incites battles by directly encouraging people to rise up and fight while Morgen in some of her stories sows discord in more subtle ways; the Morrigan’s main location is a cave, Uaimh na gCat, while Morgen’s is an island on a lake, Avalon. These are only a few examples just to illustrate the very different natures of the two beings.

I think anyone who watched the 90’s movie The Craft remembers the iconic scene where the characters do a ritual on the beach, calling to a spirit they name Manon and get some impressive results. I run across people on a reasonably regular basis who think that Manon from The Craft is connected to a version of the Celtic god Manannán. This has no basis but let’s unpack it a bit anyway.

Manon is not and never was a real deity name – although it is a real French and Welsh girl’s name – and in fact the movie went out of its way to not use a real deity in the script.* Despite this Manon has since appeared in books listed as a real deity perhaps reflecting the way that the pagan community will latch onto things and make use of them whether or not they have precedent. The confusion has been added to by at least one person from the film crew mentioning Manannán in conjunction with the film, although he was also clear Manannán and Manon were not directly related.

Of course, the movie has always been upfront that Manon was made up** otherwise the name is either a French girl’s nickname for Madeline or Marie, or a Welsh girl’s name meaning ‘a wanted child’. The filmmakers claimed, according to some sources* that the name was chosen based on inspiration from a French film. In The Craft Manon was described as a being who transcended good or evil and was a kind of panentheistic being. In contrast Manannán’s name means ‘from the Isle of Man’ and he is a deity who has several explicit associations, including with the Otherworld and the sea. Manannán also has a very long history in the literature and belief of various Celtic language speaking cultures.

I chose these three examples because I hear them often and because I was familiar with the truth behind the confusion. Obviously these focus on misunderstandings relating to Irish deities because that tends to be my main focus but this isn’t to say that this is the sum total of the confusions out there. Or even the extent of the confusions relating to Irish or wider Celtic deities. I hope though that this is a good starting point for people interested in the subject to get some clarity. I encourage everyone to keep digging and learning more.

*see point 4 here
** I hate citing a wiki but this is the most concise source; otherwise you can google for yourselves. It’s basically common knowledge. 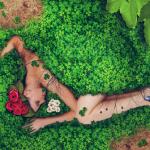 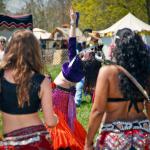 May 21, 2019 The Spiral Turns: Keeping the Festival Promise
Recent Comments
0 | Leave a Comment
"I am firmly of the belief that voting is not a "right" but rather a ..."
Kyllein MacKellerann " Druid in the City: After the ..."
"Thanks for sharing that experience, Amanda, and thanks for reading!"
Martha Kirby Capo The Corner Crone: Frances F. Denny’s ..."
"Trans women are women."
MrFribbles Between Two Worlds: Transgender Day of ..."
"How about a women's day of remembrance? More women are murdered by men than trans ..."
RobertGW Between Two Worlds: Transgender Day of ..."
Browse Our Archives
get the latest from
Agora
Sign up for our newsletter
POPULAR AT PATHEOS Pagan
1