Radical Pantheist: Western Wizardry & the Evolution of the Craft

Radical Pantheist: Western Wizardry & the Evolution of the Craft May 12, 2019 Luke Gardner

“Specific techniques such as alchemy, weather magic and shapeshifting can be learned with a teacher or even without a teacher if you have the aptitude or destiny.”

The evolution of the mystical arts can be hard to trace since the witch craze centuries ago forced many spiritual practices into hiding. Now that paganism and the craft are being celebrated openly again in the west, one scholar is tracing the history of the wizards who forever changed the craft.

Guy Ogilvy’s book The Great Wizards of Antiquity serves as a timeline of western magic.

“The first section begins in prehistory, using the ‘Lionman,’ the world’s oldest figurative artifact, as a starting point, and proceeding to myth in the figures of Orpheus and Dionysus,” Ogilvy said. “Section 2 opens with my first historical wizard, the so-called pre-Socratic philosopher Pythagoras. Some of the techniques that I describe Pythagoras and others who we know as “pre-Socratic” philosophers using in order to gain knowledge have more in common with shamanic techniques than the kind of deductive reasoning we associate with philosophy. The section proceeds to unfold chronologically through the ancient shaman-philosophers as far as Plato. Section three is a history of Western alchemy, beginning in Graeco-Roman Egypt up to the present day.”

The book includes several of history’s favorite wizards, including Nicolas Flamel, Paracelsus, the Count of St. Germain, Jabir ibn Hayyan, Fulcanelli and Christian Rosencreutz as well as non-traditional wizards like Isaac Newton, Parmenides, Pythagoras and Empedocles. The book also covers the most famous wizard of all, Merlin.

“[Merlin] is an invention of the early medieval writer Geoffrey of Monmouth, based on surviving British, particularly Welsh, folklore,” Ogilvy said.

Ogilvy wrote the book using years of knowledge obtained by studying the texts of the mystics the book covers. The oldest proof of western magic is not in text at all actually, but rather takes the form of a sculpture.

“In my book the aforementioned Lionman is offered as proof of magical thinking and activity 40,000 years ago,” Ogilvy said. “What people have done down the ages is share their knowledge of the various forces and spirits/gods/demons that they have encountered and tips on how to engage with them. Over the centuries magic and alchemy have been suppressed and since the war on magic and witchcraft waged by the Inquisition and the Reformation during the Renaissance the traditions had to go underground in order to avoid persecution. This led to secret esoteric societies like the Rosicrucians, Illuminati etc, and the coding of knowledge in riddling texts by the alchemists.”

Of all the histories covered, Ogilvy said some of his favorite stories are of the lives of ‘Pythagoras, James Price and a mysterious alchemist known as “the Cosmopolitan”’.

Ogilvy also shared his thoughts on the difference between eastern and western magic.

“The differences are, of course, mainly cultural rather than practical,” Ogilvy said. “Indian and Chinese alchemy tend to emphasize spiritual development and immortality, while Western alchemy, at least superficially, focuses on ‘chrysopoeia’ – the transmutation of base metals into gold.”

“The Great Wizards of Antiquity” is the first book in a trilogy of historical dives into the craft, with the second covering wizards of late antiquity and the Renaissance and the third covering esoteric secret societies. Ogilvy said book two will hit the shelves in 2020. 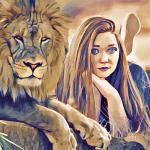 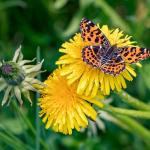 May 15, 2019 3 Pagans & A Cat: Green Witchcraft - Embracing Nature's Rhythm
Recent Comments
0 | Leave a Comment
"This sounds really interesting. Thanks. I love witchy book reviews. Books are always a wonderful ..."
WildestSea The Corner Crone: The Hedgewitch’s Little ..."
"These are great gift ideas! Useful for any occasion."
WildestSea Phoenix Rising: Last-Minute, Easy Yule Gifts ..."
"I read an article about not giving gifts to adults at Yule and other occasions. ..."
I. H. Hagar Phoenix Rising: Last-Minute, Easy Yule Gifts ..."
"Such an interesting read!"
Patti Annelle Patten Pan-Celtic Hoofbeats: Horses of the Dark ..."
Browse Our Archives
get the latest updates from
Agora
and the Patheos
Pagan
Channel
POPULAR AT PATHEOS Pagan
1