We’re approaching the summer solstice, midsummer, bonfire night, which I personally celebrate on the night of June 23rd going into June 24th. This is not of course the astrological (or astronomical) date of the solstice but it is the date that has the greatest amount of Irish folklore associated with it. I used to shift these practices back a few days to the solstice but recently I have found myself pulled to the later dates. Also this year I’m working on blending in my new practice of acknowledging the cycle of the Pleiades, which will be at their heliacal rising point between June 18th and 24th. The timing works out well then to have my celebration on the 24th which is rich in folklore, is timed with the Pleiades, and falls into the outer edge of the alignment with the neolithic sites*.

This is a time that has long been significant across cultures although perhaps the threads of why have been a become a bit frayed. I spent a long time trying to connect to this time of year, across a couple decades looking into various modern myths and older general theories. It wasn’t until I stopped looking for something connected to the sun that I found my first hint of meaning that resonated with me in the stories around midsummer and Áine, goddess and fairy queen. For many years then my own celebration centred on that aspect of midsummer and celebrating the mythology and stories of the date significant to the Tuatha De Danann and Othercrowd. In the last few years that has changed to celebrating on the 23rd into the 24th and honouring a different fairy queen, rather than Áine, and this year I’m incorporating the Pleiades as well. If this sounds a bit chaotic it really isn’t, as all of these things weave together seamlessly in my own philosophy.

As I am not a Catholic and don’t celebrate the saint’s day I don’t generally call it by this name, although it’s the most useful for research. If you want to dig into folk traditions you have to look at the subject from the folklore perspective rather than looking for what you want to find. There’s a lot of folklore and folk practices associated with this time of year and this holiday. I’ll include some of the pertinent material here. Personally for names I prefer Midsummer or Lár an tsamhraidh.

Probably the most well known practice and the one that has survived the longest into the modern era are the bonfires. People from the community would gather and build a bonfire on Oiche Fhéile Eoin, sometimes several, and the herds would be driven through them and the smaller fires jumped over sideways for health, fertility, and luck (Ó hÓgáin, 1995; Danaher, 1972). It was said to be lucky to walk three times sunwise around the bonfire on this night; by some accounts doing this ensures health for the year to come (Ó hÓgáin, 1995; Wilde, 1991). Even the smoke from the fires was lucky and the areas it drifted over were said to have received the same blessing as areas that later received its ash.

The holiday is also called Bonfire Night, Oiche an teine chnáimh [night of the bone fires] (Danaher, 1972). The bonfires were community events where people would gather and celebrate together with music and dancing; the fire itself would be built from wood and bones gathered from all the households in the community. The practice of bonfires slowly died out into the mid-20th century but could easily be revived and indeed the celebration seems to be seeing a revival in modern Ireland.

The bonfires also had other, more esoteric uses. Because they were seen as powerful supernatural fires that carried blessings they could be used to safely dispose of magical or holy items that needed to be gotten rid of. Holy items, such as statues or rosary beads, that had been worn out or broken could be thrown into a bonfire on the 23rd, and so could magical items that had been used for either blessing or cursing (Danaher, 1972). Charms that had served their purpose as well as items used for hexing or ill-wishing that needed to be safely destroyed could be thrown into a bonfire on this night. The ashes of the fires were also viewed as having power and would be scattered in the fields to promote growth (Ó hÓgáin, 1995).

In some places the harvesting tool was left out overnight in the fields (Ó Súilleabháin, 1967). This may have been for blessing purposes, to encourage a good harvest, or it may have been protective, placing iron in the fields to ward off the attentions of the Daoine Uaisle. Other folk customs intended to improve health and banish illness included bathing on 23rd and drinking a tea made from St. John’s Wort (Ó Súilleabháin, 1967). Yarrow was hung in the house to protect against illness (Evans, 1957). It’s clear looking at the different folk practices that good health was a prevalent theme among them, and many of the activities were aimed at ensuring health for a person or household, as well as the herds and crops. Swimming was engaged in on the holiday and it was said that those who celebrated the festival should be safe from drowning in the following year (Danaher, 1972).

Special foods associated with this holiday include sweets and in Connacht a dish called ‘goody’ which was white bread soaked in warm milk laced with spices and sugar (Danaher, 1972). Drinking was also a common feature of the celebrations. For myself I have made a habit of cooking a cake and offering it to the Gods, Good People, and ancestors; on major holy days I use my cáca síofra recipe instead of plain cakes.

The Daoine Maithe were especially active at this time of year and were known to be seen on the sí associated with them. In particular Cnoc Áine has a reputation for fairy appearances at this time, usually of the Good Folk joining humans in celebrating the night although they may or may not be visible to everyone present. Extra precautions were needed to stay safe from their mischief or outright maliciousness on this night. It was also common for prayers to be offered to and for the dead on this night (Danaher, 1972).

Shakespeare paints a picture of fairies at Midsummer as fairly harmless and relatively benign, for all that they switch Bottom’s head for that of a donkey.  There is some folklore that would back up the idea that this time of year is generally safer for dealing with the Fair Folk, but like anything to do with them that picture is only a partial one. There is a particular fairy called the Amadán na Bhruidne [Fool of the Otherworldly Hall] who is most active in June and who is considered very fearsome, his touch bringing madness that can’t be cured. It’s best to always be cautious when the Othercrowd are involved and to remember that sometimes even when they are trying to be benevolent they can cause humans harm.

The Pleiades have been significant around the world** throughout history, often used to time important events. The heliacal rising signifies the return of the constellation to the nighttime sky after a six week absence during which it is up during the day and therefore not visible to the naked eye. The Heliacal rising, or the time when the constellation can be seen on the horizon at dawn just before the sun comes up, has been one of the most significant dates. It remains significant in some cultures, such as the Maori where it marks the beginning of the new year.  The idea of this being the new year was shared by some European cultures as well, although it was sometimes seen connected to the Pleiades Conjunction and other times with the Heliacal Rising. This is reflected in similar celebrations of the new year at the spring equinox or May 1st.

After spending the autumn equinox in Iceland last year and having an experience that clued me in to the importance of the Pleiades and of the connection that I believe exists between the Pleiades and the Othercrowd I’ve been working on creating a structure and rituals to go with their cycle. It’s become a key aspect of my spirituality even though its not entirely worked out yet.

For myself I approach this holiday for the significance of the return of the Pleiades to the sky, a holiday I call ‘The Return of the Queens’ because in my practice’s mythology (based on personal gnosis) this is when the Fairy Queens who have been out wandering return to their courts. I blend in folklore and practice from midsummer and Oiche Fhéile Eoin to flesh out the practices for myself because these are all things tied to this time of year, and which connect the date and the Fair Folk. It is one of four significant points with the Pleiades throughout the year and is celebrated, ideally, with bonfires, cleansing and blessing rituals, offerings to the Good Neighbours, and special food. There are shades of new year’s celebrations that have stayed with this holiday even as it shifted further into the year and the spirit of that fits with the idea of the Fairy Queens returning to their respective peoples, which is my own focus.

Obviously my ritual focus is different than many other pagans this time of year, at least it is now. But this is the theology and cosmology that work for me and the rituals that I’ve done connected to it have been profound for me. Shifting from a solar to a stellar focus in my spirituality has been an interesting experience and is still in process but as we ease towards Midsummer, and the Heliacal rising of the Pleiades, I’m satisfied that I’m going in the right direction.

*neolithic sites that have solar alignments, like Sid in Broga [newgrange] with its winter solstice alignment or an Cheathrú Chaol with its summer solstice alignment, do not have a single day that the sun illuminates their inner chambers, but rather a range of days across about a week.

**I’d note that because of constellation drift the Pleiades heliacal rising isn’t in the spring anymore but is now aligned with the summer solstice. In the oldest references some of which go back 10,000 years the Pleiades went conjunct with the sun around the spring equinox and had their heliacal rising around Bealtaine; in 2019 this has shifted so that they go conjunct around May 14th [shortly after the old Bealtaine dating] and the rising is now between June 18th and 24th. 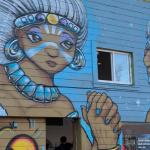 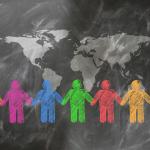 June 21, 2019 The Spiral Turns: Pride Month from a UU Druid's Perspective
Recent Comments
0 | Leave a Comment
Browse Our Archives
get the latest from
Agora
Sign up for our newsletter
POPULAR AT PATHEOS Pagan
1