Of Light & Shadow: Epithets of Anubis

Epithets are commonly used among modern pagans and witches who wish to connect with a particular aspect of a deity. They are names, or titles, given to the deity by their worshipers. Most of them are old and must be discovered through the study of old texts. They can be found prominently throughout Egyptian and Greek pantheons, and sometimes don’t even exist in other pantheons.

The choice of using a particular epithet is a personal choice. Many who follow a deity choose not to, simply using their name. However, should you choose to use an epithet, it can help you to connect to a particular aspect of a deity and deepen your relationship with them. You can still, of course, do this without the use of epithets, but, as previously stated, it is a personal decision.

I have only been using epithets for any given deity, including Anubis, for the last couple of years. It has made a difference in my practice; I feel that, and again this is a personal feeling, it has brought me closer to the deities that I follow by focusing on particular energies that they bring. It also gives me the feeling of understanding them on a deeper level.

Deciphering epithets for Egyptian gods and goddesses can be a bit of a challenge. One challenge is simply that many of the writings that once existed have been long forgotten or lost over time. Who knows what secrets are buried in the lands of Egypt and surrounding areas. And who knows what has been lost forever due to natural or human forces (natural disasters, natural decay, thievery, and human destruction, just to name a few).

Another challenge is that hieroglyphics can be incredibly challenging to interpret and understand, so it becomes a matter of relying on those few who can read hieroglyphics and understand them. Years of study of hieroglyphics and their meaning can still leave one baffled as to what they actually mean. It absolutely takes a degree of trust that the individual knowledgeable in interpreting hieroglyphics is accurate in his or her translation (also taking into account the possibility of human error, personal interpretations, and bias).

Beyond that, it’s even harder sometimes to fully comprehend the intended meaning of that particular epithet, simply because the everyday use of those epithets are sometimes thousands of years removed from our modern pagan, kemetic, and witch practices – and even academic understandings. It’s important to take into consideration, as much as possible, historical, cultural, geographical, religious, and environmental factors that may have contributed to the use and meaning of a particular epithet.

Do a Google search of this topic, and you’re going to find a bit of information, but perhaps a harder time finding the original source of the information. And even then, should you find source information, reading and understanding it is a bit of a chore in itself. Going through this sometimes lengthy process, though, can lead you to more specific answers and understandings.

Anubis holds many epithets, more than can possibly be found via a quick Google search. They refer to the various aspects of him as god of the dead, afterlife, protector, healer, holder of secrets, and more.

For the purpose of this article, I’m only going to choose three to look at. I’d like to take a look at their meaning and usage under the lens of a modern practitioner of witchcraft and/or paganism. It should be understood that I am a rather eclectic Kemetic pagan, meaning that I incorporate my own spiritual thoughts and understandings here. These are, while based on historical information, based on my own understandings and interpretations (UPG).

“Foremost of the Westerners.” It is widely accepted among Egyptologists, scholars, and the majority of Kemetic practitioners that Khentiamentiu was a separate deity from Anubis; however, it was a name that later became associated with Anubis, whether that be as an aspect of Anubis, a loose association between the two deities, or perhaps a title.

Khentiamentiu was a deity associated with the necropolis, particularly at Abydos. He was often depicted as a mummified man with the crown of Egypt. Other depictions show him as a jackal-headed humanoid, similar to that of Anubis. Nowadays, it is widely an epithet that is associated with Anubis, mostly due to the meaning that ties it closely to Anubis’ energy.

The translation “Foremost of the Westerners” may sound like a bit of an odd name (which could partially be due to the translation), but it could refer to a number of meanings. One interpretation could refer to the dead themselves. The Egyptians believed that the sun died in the west each day and is reborn in the east. This association with death could be the intended meaning behind “Westerners” – those whose time on Earth has set. The title was reserved for one who was truly the ‘King of the Dead’.

Another possible interpretation refers to the fact that the entrance to the underworld was thought to lie in the west, again, perhaps because the west was directionally associated with the dead. One had to pass through the west, as did the sun, to enter the land of the dead.

“Lord of the Sacred Land” – this likely a reference to the necropoli, the sacred burial grounds found throughout Egypt. This is another reference to Anubis as a deity associated with death. Anubis was called upon to watch over the dead, in both their body and spirit, and the necropoli were his lands.

Personally – and I have to stress this is more of a personal meaning for me – “Lord of the Sacred Land” could also be in reference to the Duat (Egyptian name for the Spirit World, Other Side – whatever name you give to it). Anubis, being a psychopomp, guided the spirits of the dead through the afterlife to the land of spirits (called the Field of Reeds in Egyptian worship). The afterlife having such a large role in Egypt could easily be seen as being the ‘sacred land’ referenced in this epithet. But again, that’s mostly my own interpretation and insight.

This epithet is heavily relying on my interpretation of it. From what I can find in research, this epithet, meaning “Master of Secrets”, was also a title that was given to priests and those who held some kind of administrative or leadership role in a temple, being seen as someone of authority or knowledge and thus being a “master of secrets”.

However, there have also been references of Anubis holding this title as well, and I really do connect with this aspect of him. As a god of death, Anubis would hold the secrets to life, the afterlife, and all of the secrets of death. This certainly includes the (what some might consider gruesome) process of embalming, with which he was also associated.

Connecting the two of these together priests, and those in charge of the embalming process, would also need to be knowledgeable in many areas. The embalmers would often wear a mask of Anubis in honor of him and to channel his being. They would need to be knowledgeable of human anatomy and have an understanding of physiology, including how the body decays after death.

It can be easily seen how the epithet Hery-Sesheta can be fitting of both Anubis and priests of a temple, really connecting the two well.

There are plenty more epithets of Anubis, many of which are harder to find in usage in ancient texts. But these few above are, from my own personal experience, just a taste of some of the most used epithets

Learning to pronounce them can be a challenge, especially since we only have linguists’ and Egyptologists’ understanding of the language to rely on for pronunciation tips. That being said, use whatever you’re most comfortable with – the Egyptian version or the English translation. The intention behind it is what matters more, in my opinion.

Use them in prayers, invocations, and meditations. Speak to a particular aspect of Anubis to connect with him in a closer, more specialized manner. Etch them into a candle in a spell or draw a symbolic representation of them to use as a sigil. Have a little bit of creativity and do what you feel brings you closer to Anubis. 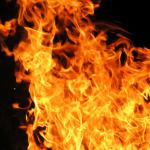 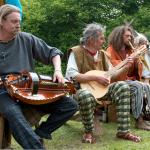 August 29, 2019 Pan-Celtic Hoofbeats: Think Before You Appropriate
Recent Comments
0 | Leave a Comment
"Yes, thats why its called Patheos: Pagan. Patheos is a multi belief website with blogs ..."
Michelle Gillian The Dance of Pagan Recovery: Welcome ..."
"Simply vile and disgusting how a supposed catholic website or blog is fooling its readers ..."
Luis rodrigues coelho The Dance of Pagan Recovery: Welcome ..."
"What's kind of kooky about being disabled and invisible, or different and invisible, is that ..."
JenniWest The Corner Crone: Why Are You ..."
"This really sounds interesting. Health is so important."
WildestSea The Corner Crone: The Witch’s Guide ..."
Browse Our Archives
Related posts from Agora