The Corner Crone: When Photos Are Rocking Are Spirits A’Knocking?

My maternal grandmother was born October 26, 1902. We were close—though not overly so—and since childhood I have always thought of October as Granny’s Month. She was caustic and wise, a stickler for decorum. She was not overly demonstrative, which was a singular relief. In the turbulent years between ages 10-18—those years when my parents’ marriage blew apart and my mother lost her way—Granny was a reassuring constant in my life.

At the end of particularly bad days—and that was most of them—my sister and I would come up to our bedroom and find that Granny had written us each a little note, tucked just under the turned-back sheets. They were never long, and certainly not gushy, and I don’t remember exactly what supportive thought she wrote in any of them . . . but I clearly remember how she signed them: with a Jolly Roger-style skull-and-crossbones.

At the time everything was so upside-down in my life that I never really thought too much about why my grandmother would sign her notes with a skull-and-crossbones.  A sort of “I love and support you, and don’t forget—you’re gonna die”? Maybe a “could be worse; could be dead”?

More likely it was because, I know now in hindsight, she knew she was living on borrowed time and wanted Laura and me to know that we, too, had a finite amount of time on this plane. More of a “make every day count” or “carpe diem”. She had survived rheumatic fever as a child, leaving her heart scarred and enlarged, and marking her—in those days now 100 years ago—for an early death. She never knew if she would wake the next day and I suppose believed that Laura and I, at ages 9 and 10, would benefit from that same awareness.

The first anniversary of my sister’s death is next week. She was 59. She died three days before Granny’s birth date, so now for me October belongs to Laura and Granny. The beginnings and endings become blurred, obscured and indistinct like the thinning of the Veil that also takes place around this time. I have multiple photos of each of them on my ancestor altar, which is on the table next to my bed.

A photo of my grandmother and great-aunt Margaret, her younger sister, is just about the first thing I see every morning. Taken when they were in their 60s, they’re dressed for an outing; Granny looks rather impatient to be done with this foolishness of picture-taking. Laura’s photos are arranged in one frame set closest to my bed with a very small set of relics set in front. They’re photos taken during her young adulthood, when she was a happier person.

In the first few months after Laura died I tried to reach out for her spirit, aching to have some sort of contact. Nothing particularly worked, not like the movies or like what so many other people seem to be able to experience. With so many other elements demanding my attention (last year was just awful) I stopped trying to push so hard, instead focusing my energy on putting out the fires that kept popping up around me.

It’s almost a full year now—almost the Witches’ New Year—and things have settled into the new normal. Routines, slightly altered though they may be, are starting to re-establish themselves. Rhythms are beginning to be predictable.

And then last week Laura’s photos started falling off the table.

At this point you may be thinking it’s her spirit that’s knocking her around—after all it’s been about a year and Samhain is just around the corner. And perhaps it is, but I am a cautious Crone when it comes to assuming anything and so I have been slow to reach a conclusion. After all, the removable back of the frame—and thus the triangular, pop-out supporting foot—is just cardboard, a somewhat flimsy set-up.

So, the first time it could have been that the notched support just slipped, and the second time I’m pretty sure I somehow accidentally brushed against it when pulling my covers up as I snuggled into bed. But by the third time her photos toppled to the floor I started paying attention.

And so I thought I’d try again to reach for a sense of Laura’s spirit. I’ve kept a particular Tarot deck on my ancestor altar these past couple of months. It’s just sat there, marinating in whatever energies might be simmering around it. I shuffled the deck, looked at Laura, and asked her the question I’ve carried on my heart this past year: “why didn’t you tell me you were dying?”

I drew the Page of Wands, reversed. It was Laura to a T. From Benebell Wen’s Holistic Tarot:

That’s her, I thought, that was Laura. She literally did put everyone’s needs before her own, and died an early death because of it. And she was intensely vulnerable, noticeably fragile in her energies which were scattered and so difficult to keep focused.

In these last few days I’ve done a daily one-card draw from that deck, asking Laura if she has anything she wants to say. I’ve gotten some interesting responses. The six of Cups, reversed; childhood or the past still being a factor in my life—check that. The three of Swords, reversed; the need for reconciliation, emotion that I have over-wrought with analysis and compartmentalization—check that.

And so I’m approaching this Samhain feeling more connected to the OtherWorld than I have ever been in the past. Before Laura died, the connection with those on the other side of the Veil was something I viewed as mostly an academic exercise, and of course last Samhain her death was so raw and fresh that I was too much reeling to make any attempt at trying to connect to her spirit.

For years, in my personal practice I’ve kept an altar for my honored dead up from the beginning of October through the end of November and made time across the weeks to spend a few moments in reflection before it. I’ve loved that altar and I’ve felt very centered when spending time in front of it, but it’s never plucked at the threads of my heart.

In public practice I’ve written and staged Samhain rituals that have been experienced as deeply moving and meaningful by the people who participated, and I’ve found intense satisfaction in crafting those offerings, but always I have been aware of a sense of being removed from the experience myself. As if I am of it but not in it.

This year, in these days left before Samhain when folx in my communities are asking each other what they are planning to do in honor the occasion, I find I am reluctant to plan anything. Do I have ideas? Some, yes, but nothing set in stone as it were. Instead, I want to concentrate on being radically open to Spirit, utterly permeable to Laura’s spirit—if she chooses to make her presence known to me—and willing respond accordingly, intuitively.

It’s her choice whether she manifests on Samhain, I’ve come to realize after spending most of a year trying to force a relationship into being. She always did think I was a bossy-boots. She didn’t get to make a lot of independent choices in her life; now she’s free to do whatever she damned well pleases.

I hope it’s to spend time with me during the Witches’ New Year, and—if she chooses—every once in a while for the rest of my days on this plane. And, if such a thing is possible, I hope she is with our mother, whom she loved so dearly.

May your Samhain be blessed, as I hope mine may be. 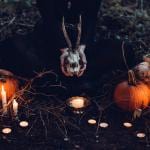 October 16, 2019
The DruWitch Way: Think Twice, Banish Once
Next Post 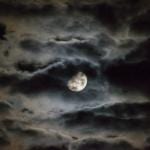 October 17, 2019 Magick IRL: Elevator to the Moon
Recent Comments
0 | Leave a Comment
Browse Our Archives
get the latest from
Agora
Sign up for our newsletter
POPULAR AT PATHEOS Pagan
1

Pax Deorum - The Formula of Do ut...
Pax Deorum Being the First Book of the Wanderer (previously unpublished ©...
view all Pagan blogs
What Are Your Thoughts?leave a comment
Copyright 2008-2020, Patheos. All rights reserved.