Cross and Crossroads: No Shame In Budget Brujeria

It’s nearly every day that I see a new meme making fun of folks who get their magic supplies from the Dollar Store. I’ve watched people attack others on social media for using grocery store candles. I’ve also heard mystic “gurus” tell people that using non-beeswax candles is for people of “lower consciousness”. Allow me to tell you why that’s ridiculous.

Picture it, Louisiana 1837. Slaves had nothing. No money, no freedom, no homeland, and certainly no designer organic beeswax candles. You know what they had? Household cleaning supplies, dirt, and The Lord. You know what they made with that? Some of the most powerful magic we have ever seen in this world.

Do you think Harriet Tubman was stopping on her way to the Mason-Dixon Line to shop organic, fair trade, beeswax candles in a variety of shapes and sizes on Etsy so she could save the day? No! She had innocent lives on the line and very little resources. The magick worked because it had to. Not because it was expensive. The power of magick has never hinged on how much you spend or how high quality your ingredients are. It hinges on how badly you need it, and what you’re willing to do to get it.

In recent years, as witchcraft has become mainstream, capitalism has snaked its way into our world, snatched our tools, and is now attempting to sell them back to us. The hardest part to watch is folks in the witchcraft community not only buying (literally) into it, but actively perpetuating it and aggressively turning on their fellow witches.

I’ve said it once and I’ll say it a thousand more times: Witchcraft is (and always has been) for those who have nothing. People with money and privilege don’t need witchcraft as badly. People who have nothing left to turn to besides Spirit and the flame of any candle they can get their hands on, are the ones that will be listened to the most.

Spirit doesn’t care how much money you spent on your supplies, or how your candles were made. Spirit cares about how genuine you are, how in need you are, and how worthy you are. This worthiness is not measured in dollars and cents. That’s earth measurements. A true worker can do more with a twelve-cent birthday candle and a handful of dirt than modern trendy witches can do with a whole shop full of expensive tools and exotic herbs.

This capitalist ideology extends further than just people’s shopping habits. We see it in nearly every modern spell. The tools must be new and never used for anything else ever again or else… Or else… Well no one really knows what the “or else” portion consists of other than they better buy all new things and never use them again. This is privilege and waste.

Also, for the record, nothing will happen if you must use a tool for something mundane. Your great-great-great grandmother who was allegedly a witch (as they all seem to be these days) didn’t have this luxury. Once she was done using the kitchen knife in a spell, it went back on the cutting board to make dinner. Make do with what you have.

Now, if you are a person who can afford designer beeswax candles and has the privilege of using your tools only once or only for specific purposes, that’s fine. I’m happy for you and support you. I’m not so hypocritically “woke” to not have some privileged tendencies in this department myself.

This isn’t about saying that folks who can afford such luxuries are bad. However, we as witches need to remember where we come from and what the craft is really about. We need to actively be aware of the capitalist snake in our midst and do our best to undermine its venom.

Do you buy your candles at the Dollar Store? Do it proudly, and don’t take any flack from anyone about it. Do you buy your candles from a local beeswax crafter? Great! But don’t talk down to those using less expensive options. In fact, actively defend those in the community who have less options. Be “woke” enough to know that the things that make you powerful have nothing to do with dollars and cents. Remember who you are and where we came from. That’s where the true power lies. 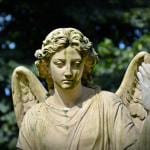 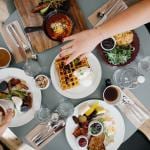 December 3, 2019 The Balancing Path: Death is Required for Living . . .
Recent Comments
0 | Leave a Comment
"Another post written by someone who hasn't actually read the mythology they are talking about ..."
Kris Hughes The Rantin’ Raven: Who Was Mabon?
"What has always worked for me -- e.g., with no negative blowback that I have ..."
Cathryn Meer Bauer Radical Pantheist: Defining Unethical Magic
"I feel like, with any craft, there are definitely rules. If you don't follow the ..."
JenniWest Cross and Crossroads: What “No Rules ..."
"She crossed the Rainbow Bridge early, but she will be waiting for you when you ..."
Kyllein MacKellerann " Stirring the Brew: Underworld Crossings
Browse Our Archives
get the latest updates from
Agora
and the Patheos
Pagan
Channel
POPULAR AT PATHEOS Pagan
1