Between Two Worlds: Struggle and Conflict

Almost every day I do a daily meditation. The afternoon before The State of the Union address, I had one word come to me loud and clear in that meditation.  Struggle. When I came out of my trance I thought, what’s that about.  I did decide to watch the State of the Union address that evening. I realized during it that my struggle has to do with all the negativity that I’m exposed to daily. On social media and the network news. I do strive to achieve a balance in my life even in the face of all this. As a transwoman I’ve essentially been struggling with balance my entire life. But when Rush Limbaugh received the Presidential Medal of Freedom it threw my balance totally out of whack.

So many of us in the LGBTQ community have heard his, and others, ongoing anti-LGBTQ remarks over the years. Him and others who idolize him with his, and their, misogynistic and bigoted remarks as well. We in our community have striven to attain equality as human beings ever since the Stonewall riots in 1969. Do we engage in more forceful efforts to get free of this? Engage in conflict?

My thoughts went right to The Four Horsemen of the Apocalypse. I had been thinking of writing about them for many months. In the book of Revelations there were four riders who symbolized the evils to come at the end of the world. Conquest rode a white horse. That rider’s objective was to conquer the world. There are so many world leaders who ride that white horse so that people will follow them and their ideals. Not necessarily ours. War rode a red horse. The color of blood. Ever since Vietnam I’ve been against all wars. Who benefits from wars? Not us, the women and men who have fought them, and so many of us have died. And are still fighting and dying in needless wars. What about all the innocent people who have perished in wars of conquest? Not just warriors die in battle.

Famine rode a black horse. The color of the Underworld. The color of Death. With climate change we are seeing an increase in extreme weather. When droughts occur, and crops fail, famine rises up on its hind legs and stomps down the dusty, dry crops. Or the opposite, when heavy rains and floods occur and wipe out not only crops, but kill many people as well. Plague rode a pale horse. The color of ghosts and spirits. I’m reminded of the Black Plague in the Middle Ages. Our LGBTQ community had and still has our own plague. That of HIV and AIDS. And many people are still making homophobic remarks about us. Wishing us all to die. Recently there was the outbreak of Coronavirus. With all of our technological advances why can’t we have solutions to these? More money goes into wars than healthcare. Especially for millions of marginalized human beings.

Yes, I have conflict within me. I have a serious disagreement with those who think that their hurtful and bigoted  remarks are funny and make jokes about it publicly. Enough is enough already. Those in power should have more compassion for those of us who are oppressed, hurting, and are struggling just to cope with day-to-day life. There is and has been a war on our human rights worldwide, as well as climate and economic change. The rich get richer. Greed. How do we keep on fighting? We stand together and demand what’s right. We demand that our duly elected officials do what’s best for the country, not just for themselves.

Yes we will keep on fighting. We will connect with others like us. We are warriors. We will release our inner warrior strength. Our armor is our words and our actions. In this country we have an obligation to vote. Partisan politics need to stop right now and we need to work together like our founders did. There was one senator who did stand up for what he believed was right recently.  He voted his conscience and his oath that he took in office. He went against what all the others in his party did. We need more people like him.

I remember the protests that happened against Vietnam while I was still in the military. People who were opposed to all the violence that was killing our friends and relatives. And people did come together and we did get out of Vietnam. But there are still too many wars and conflicts. We all need to march to our own inner soul and listen to history, because if we don’t learn from it, it will get repeated. We will all struggle with our conscience if we do nothing.

This is part of an article I wrote on January 4th, I Ride With Hekate.

Welcome to 2020 witches, we’re in for a fight
And following Hekate we’ll do it right
We’ll have no more limitations
And proceed with sincere incantations
So away through the night
Up with all of our might
Up in the sky riding our brooms
Fighting against impending dooms
We are the rebels, the outlaws, the witches
Fighting injustice right in the ditches
We are Hekate’s chosen, who will win in the end
Rising up against tyranny, we will transcend
Breaking the chains that others try to enforce
So in the end there will be no remorse
Only peace to all who worship our Great Mother,
Hekate for me, no other.

Peace to all who worship our mother, Gaia, Great Spirit, Matron, and World Soul. 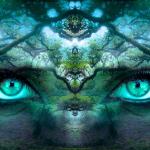 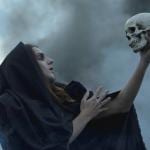 February 7, 2020 Starry Eyed Witch: The Bloody Birth of a Wild Witch
Recent Comments
0 | Leave a Comment
"This sounds really interesting. Thanks. I love witchy book reviews. Books are always a wonderful ..."
WildestSea The Corner Crone: The Hedgewitch’s Little ..."
"These are great gift ideas! Useful for any occasion."
WildestSea Phoenix Rising: Last-Minute, Easy Yule Gifts ..."
"I read an article about not giving gifts to adults at Yule and other occasions. ..."
I. H. Hagar Phoenix Rising: Last-Minute, Easy Yule Gifts ..."
"Such an interesting read!"
Patti Annelle Patten Pan-Celtic Hoofbeats: Horses of the Dark ..."
Browse Our Archives
get the latest updates from
Agora
and the Patheos
Pagan
Channel
POPULAR AT PATHEOS Pagan
1