Cannabis connoisseur and metaphysical author Phil Farber discusses the history and sacred nature of cannabis in his book High Magick, which we discussed in the following interview.

“I think a lot of us, because of the way cannabis has been treated over the last 100 years or so – since 1937 when it was made illegal in the United States – it’s sort of been shoved into this group of bad things, illegal drugs and so on. In reality for thousands of years, maybe tens of thousands of years, the human race has co-evolved with this particular plant. It’s actually at the roots of much of our religion and spirituality.”

Phil goes on to discuss the specific cultures that have used cannabis over the years and the ways it is used in today’s time, for spiritual purposes or otherwise.

“I do think that a lot of people who get into it for medicinal purposes are sometimes finding that there is also a spiritual component… Also that idea of dishabituation – that idea where cannabis puts you in that state where you can step back and question what’s going on a little bit more. I think some people find themselves in that state unintentionally and then they have to deal with it. Hopefully, for most people it’s a growth experience.”

Phil is also the author of the book Brain Magick, which discusses, among other things, how invocation and evocation differ and can be used in conjunction with brain science. Specifically, he explains what happens in our brain when we use the processes of evocation and invocation and how we use these same processes on a smaller scale in daily life. This conversation takes place in part two of the interview.

“Brain magic is a little bit more about exploring the connection and the crossovers between our scientific understanding of the brain and neuroscience and consciousness and magic. I basically attempt to collect exercises and rituals and so on that demonstrate various principles of neuroscience and magic at the same time. And also to take some of these scientific ideas and develop some magical techniques from them.”

Phil continues to discuss the overlap of neuroscience and witchcraft, and also how the use of cannabis affects rituals. Phil recommends trying evocation, invocation, meditation or any spiritual ritual first without cannabis and then again with cannabis if desired, in order to compare the results and see what works for you. 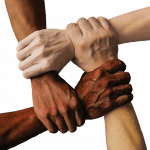 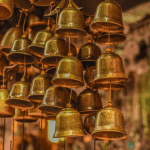