One of Oprah Winfrey’s recent book selections, Caste, made me stop, think, and read it. The dictionary defines “caste” as the system of dividing society into hereditary classes. Until I read the book I hadn’t given much thought to what caste was all about.

My first thought was that the book would be all about the hierarchy of the class structure in India. No, wrong on that account, although India was a large part of it. What I found out was that there was, and is, is a lot of similarity of caste structure also in America and Nazi Germany.

Whoa you might say. What? Caste opened my eyes when the book, written by Isabel Wilkerson, compared all three societies. India has had a social structure in place for thousands of years based on the Hindu practice of socially distinct groups. People there are born into their place in society via inherited privilege.

Until recently in India if you were born into a family of higher, or lower status, that’s where you stayed your entire life. Basically the luck of the draw as it may be. Of course nobody has a choice of where, or to whom, any of us are born into. The similarity, or connection, across all of this is our marginalized populations.

The first permanent English colony in America was Jamestown, in what is now called Virginia. That was in 1607. The Pilgrims didn’t land in Plymouth, Massachusetts for another 13 years.  In both cases, caste came into play. If you were born into a wealthy family, you had privilege. If you had servants in England, you wanted servants in America. In the southern part of America slavery was part of that equation.

Later in the early colonies like Massachusetts, New York, and others, the privileged class brought indentured servants. These people had very little money and would work for many years, or more, to pay back the upper class for their passage to America. That way the lower rung of the ladder would be controlled by the upper rung of the ladder. The hierarchy was established in the north with the displaced Native Americans at the very bottom, the indentured servants and poor a rung or two above them, and so on.

When Nazi Germany rose up in the 1930’s, they studied America’s and India’s caste systems on how to get rid of their marginalized populations. Including having some scholars to come to America and study our legal system. Their leaders decided that Germany needed to be pure. If you weren’t pure through your Aryan bloodlines, then you were to be eliminated. That was true white privilege. Of course even with that it was a hierarchy with men on top, women beneath them, rich then poor, and so on.

Hundreds of years later, America still has a hierarchy of wealth and privilege where the marginalized population is kept in check in many ways. Even though America has made progress in civil rights there is still racism here. Equal justice under the law is often diminished depending on the color of one’s skin. Women’s rights are still not on par with men’s, both in pay and social status in many cases. Some states still haven’t ratified the 19th Amendment giving women the right to vote, even though 75% of the states have.

As a Pagan, and a Pagan blogger, I’m also concerned about the marginalization against my spiritual community. I don’t discriminate against other people’s religious or spiritual beliefs. But there are plenty of mainstream religious organizations that do that to us, however. Unfortunately. Our government was founded on the right to practice our religion or spirituality as we see fit. It should apply to all.

In my LGBTQIA world there are forces that want to take away the rights we have fought hard to get. The right to marry whom we choose to love, regardless of sex. The right to have a safe place to work and play like everyone else. Without having to constantly watch over our shoulder so we don’t get hurt or murdered just because we’re different.

We have come a long way since the Stonewall Riots June 28, 1969, but we still have a ways to go. You can read about that here.

In these troubling times I do encourage you to read Caste: The Origins of Our Discontents by Isabel Wilkerson.

Until next time…in the future… 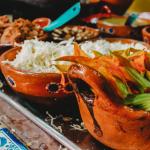 October 6, 2020
The Corner Crone: Halloween-Themed Dinner and a Movie Nights
Next Post 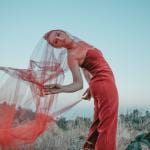 October 9, 2020 Magick IRL: Shadow Work with Rachel Laforest
Recent Comments
0 | Leave a Comment
Browse Our Archives
get the latest from
Agora
Sign up for our newsletter
POPULAR AT PATHEOS Pagan
1