Am I in high school – again? A lot of days it sure seems like it. My sister and I moved into an old high school when we returned to live in western New York State a little over a year ago. The good news is that it has been totally reconditioned into new apartments. With all new flooring, carpets, appliances and all utilities are included in the rent.

I must say it’s a nice building. Everyone who lives here has to be over 55 years old. Most of us are over 62. Some of the residents graduated from this building when it was a high school. But I have a definite sense of déjà vu living here.

I must point out that I did not graduate from this high school. I graduated from one in a neighboring village. It just seems to me, except for the age differences in the residents, not much has changed. I find it very humorous actually.

Those of you who follow this blog know that I had a “difficult” childhood. I knew I was a girl, but society didn’t approve of that. The binary was too set in place. Especially in a very conservative area. The good news is that I did survive, and am able to write about it. And even sometimes in a humorous way.

When we returned here, I had already had my gender reassignment surgery. I left the area as a teenaged boy, and returned as a woman. It was very different from what it had been all those years ago. Fortunately no one here except my sister knew that. That was good and the adjustment went well.

I am mostly happy here, except that I’m back in the “broom closet” as a Pagan and a practicing witch. I’m also good with that. But I don’t resonate very well with the majority of the residents here.

So here is the déjà vu part. Nothing much has changed in 60 years with me. Back in high school I chose to pretty much hang around with other farm kids that I knew. And a very few kids who were gay. I didn’t have a lot of friends back then, and the same is true today living here. The truth is, I’m here as a woman. Not an out transwoman.

Nothing much seems to have changed when you have a lot of new apartments in what was an old high school. I like the fact that it’s a very well-built building. It does have a similar feel to what it was back when I was younger. I did have a few farm kid friends who graduated from this high school.

Do I fit in here? Not really. But I didn’t fit in that well in my high school either. And due to some other issues, I was in the high school I graduated from twice. That was because my father decided to sell the farm, move and take a job in a city over 100 miles away. I finished my freshman year here when I lived with my parents and siblings. Then high schools in California and Nebraska when my father moved because of his job.

I returned to finish half of my junior and my entire senior year living with my grandparents. At the same farm. Just not actively farmed. By then it seemed that I was not really fitting in. So again, not much has changed. But I find it interesting the similarities between then and now.

Have I run into any of my classmates I graduated with here now? No, not yet anyway. But it will be very interesting what happens when we have our 60th class reunion in October. The only other one I attended was our 50th reunion. I did reconnect with a homeroom classmate then and kept in touch until she crossed over a few years ago.

At that reunion, I was still presenting male, even though I was out to my siblings and friends in Wisconsin. This time I will be attending the reunion as a woman. Our class secretary back then is the same one we have for our reunions. She somehow has kept in touch with a majority to the class. Not an easy job considering we’re all over the country.

I sent her an update regarding my transition and name change a couple years ago. I gave her permission to email it to all of my classmates. So with that, I am out to the remaining classmates. I even received a few emails from some of the classmates with comments that were very nice. Here is one of them:

“BRAVO, Brianne! I applaud your courage to begin to live your life as you truly are, a woman. Social norms are slowly changing and becoming more tolerant, although not without a few setbacks along the way. Interracial marriages were unusual when Jim and I were married in 1980 but have become more common these days. Hopefully, LGBT rights will be universally accepted soon too”.

With a little apprehension, I’m looking forward to our 60th class reunion in early October. It’s always interesting to see who shows up. I do a daily Tarot and Oracle draw. My primary Goddess is Hekate, and I drew the Hekate card after shuffling last week. This is what the card said: “An old flame is circling”. I have no idea now who that may be. I have felt that I may reconnect with someone back here for over a year. Guess I might just find out sometime…in the future. October? 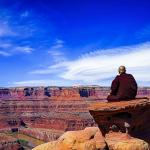 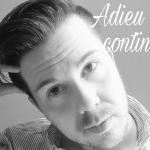 August 26, 2021 Salt City Pagan: Signing Off and Farewell
Recent Comments
0 | Leave a Comment
"Thank you so much, Terrance, for the kind review! I appreciate it and glad you ..."
Madame Pamita Pergamum Unfurled: Review – The Book ..."
"The Halloween Tree and Song of the Sea are wonderful for kids, with more of ..."
Lina Irish-American Witchcraft: 31 Movies for Halloween
"Halloween always sounds so cool in America."
JamieAdStories Outside the Circle: The Dark Legends ..."
"I needed to read this. Thank you so much for sharing this. <3"
Laurie Allen The Corner Crone: The Parable of ..."
Browse Our Archives
get the latest updates from
Agora
and the Patheos
Pagan
Channel
POPULAR AT PATHEOS Pagan
1

What Kind of Witch Do You...
John Beckett
Related posts from Agora