I’ve been seeing this really weird idea floating around as I wander through blogs. The scuffle that occurred over May and June is being presented as a polytheist vs. non-polytheist debate, or a humanist vs. polytheist scuffle, or a Pagan vs. polytheist fight – and that’s not what happened. Whatever the fight developed into, it didn’t start that way, and attempting to present that it did is either purposefully or unintentionally dishonest. (In which case, the ‘polytheist side’ really needs to educate themselves better.)

Thankfully, I was actually aware and reading with the fight began. And it started because polytheists were calling other people’s religions ‘make believe’, ‘pretend time’, and otherwise being insulting. They were erasing arguments and practices that conflicted with the either/or presentation they preferred, and when that was pointed out simply stuck their fingers in their ears and refused to listen. This developed into more hostile rhetoric and eventually spiraled into online harassment of anyone who voiced dissent, to threats, to lies about the ‘other side’ (read: any person who was not a close friend or supporting voice).

They continued to misrepresent arguments in order to make their own appear more legitimate, and they continue to do so.

They created a hostile environment and became more hostile when that was pointed out.

Rather than engaging debate, critical thought, or anything productive – this ‘issue’ was spun out of control because a few egos got bruised and were too cowardly to admit that.

This started because someone voiced an idea that a big name polytheist didn’t like, and then ‘lines were drawn’ because having people doing something different is just too scary (apparently). Actually, that’s really what the ‘conversation’ devolved into – anyone doing something different from the polytheists is bad, bad, bad because we all need to bow down and kiss the feet of the big name polytheists, I mean their gods (I can’t tell anymore). I’m not even making that up. I don’t think I could make it up, cause I wouldn’t have thought to before this happened. Now, ‘polytheist’ will always make me suspicious – after all, I don’t know who’s going to lie, speak over me, harass me, or otherwise be unethical just because they place themselves above the gods they claim to love so much. Nobody forced anyone to be rude or cyberstalk others. The ‘polytheist side’ did a great job of engaging is poor behavior all on their own.

Go ahead, keep trying to spin the issue in your own favor – but google is a lovely, awful lady and the internet doesn’t forget. How’s that for a modern culture curse?

If you want to complain about my tone, I sure as heck hope you’ve complained about the repulsive rhetoric from ‘the other side’ often and loudly, or else I’ll laugh you out of the comments. One thing I love about my religion is reciprocity, which means I return behavior that has been given, and this return has been a long time coming.

(Unsurprisingly, I’m not linking to anything because there is no need to give pageviews to trolls who scream the most offensive statements they can when people stop paying attention to them. I’m also not linking to anyone who gives a pass to that behavior, which is – oh, most polytheists I know. I can love ya while also acknowledging the incredibly problematic stuff you do.) 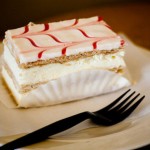 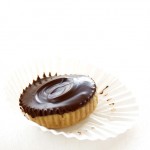 July 7, 2013 Monstrosity + Human Superiority
Recent Comments
0 | Leave a Comment
Browse Our Archives
get the latest from
Aine Llewellyn - Dalliances with Deities
Sign up for our newsletter
POPULAR AT PATHEOS Pagan
1